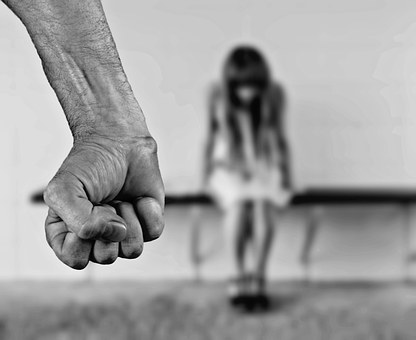 How dare he mete rules! Perhaps I wouldn’t be so steamed if Tobi had not uttered absurd threats.

I tossed and turned restlessly before I let out my frustration in a loud hiss. It seemed the more desperately I sought for sleep, the more Tobi’s threats rang in my head.

Doubtlessly, one or all three were messing with my thoughts; amnesia, the silly romance movies I had begun to see, or Tobi. I’d settle on the latter. Tobi’s crazy ideas and propositions had all merged into one overwhelming force; filling my thoughts with silly fantasies of the muscularly fit doctor, with a perfectly sculpted face, rounded by a slick of moustache.

For Tobi, I am tempted to rebel. Honestly, not just for him but for the thoughts he’d roused, which although brash, gave me ideas. What’s that they say about humans loving to do that which they are told not to? His threats slowly moved from being scary to become appealing. Perhaps, rebellion was not such a bad idea, especially as Dr. Halima had asked that I face my fears.

I shouldn’t be thinking of Dr. Dominic, logic says, especially with all there was on my plate. But there is something about the man that piques my curiosity.

Once, the good doctor had questioned if I bore any fears for him. Frankly, I still do not have an answer to that. But I feel some inkling about the man who had saved my life-good or bad, I do not know.

Enough about the Doctor Pelumi!, the voice in my head chided and quietly I got off the bed and crossed to the TV, careful to not rouse Kamiye. In spite of our dispute, Tobi had let Kamiye spend the night with me. As I tiptoed, a voice rang.

I froze at her sudden question and on a huffed a sigh eased my nerves as I registered the voice to be Kamiye’s.

“Me too.” She whispered.

I flicked on the switch then, allowing the fluorescent light to come alive. Kamiye squinted against it a moment as she pulled into a seating position on her camp bed, stifling a yawn.

A moment after-probably sensing my indecisiveness, she neared and helped pick a movie, and together with her assured likeness, we resolved on a Nollywood flick.

The movie began with an old narrator, whose pain laced fragile voice and glum on her listener’s faces, already depicted a heart-wrenching tale, that I do not think I can withstand. But out of curiosity, I stayed as the tale gradually morphed into a story.

“Olorun da eniyan nimeji meji.”Kamiye commented in passing of the lead actor who looked very much like Dimeji. She, like her mother held the same belief about the creator making men in two’s. If it were true, I could only imagine what confusion it would bring to the world.

Just then, Kamiye’s phone rang, she turned her screen to show me its caller. “Dimeji on se omo-ale.” She answered with a wan smile. I have learnt that in Yoruba myths, one is regarded as true sons of their parents if they turn up, while matters relating to them arose.

She excused to answer the call and on her return, relayed his warm regard. Thoughts of his brother Tomiwa struck, who seemed to have made it a daily habit to check on me. Somewhere in my heart, I’ve begun to tag him a stalker.

I sense Kamiye’s stare but feign ignorance to it. The very last thing I need was some ‘Tomiwa’ advocate avowing how cherished I am by the man.

“I wish you’ll give the man a chance. He is such a wonderful person.” She says.

As if hearing my thought, she didn’t press further, allowing me a breather. Kamiye would do anything to see Tomiwa and I together if given the chance. But it would never happen! I hope she got that someday!

My disinterest in Tomiwa had nothing to do with the man himself, but me. Apart from some weird inkling I have about him, honestly, he is a pretty decent being, and if I were to consider dating, he would have made the perfect candidate.  Except I have no such interests at the moment. I choose instead to solely concentrate on finding myself.

However, I do need to figure my nagging reservations about him, which is nothing like I feel for the doctor. Succinctly, an image of a giant window overlooking clear grounds in broad daylight. Flashed through my mind and faded almost immediately.

Urghhh! I snap my fingers, frustrated by my inability to remember what that image represents. It could mean something important or maybe not, a tiny voice in my head chided.

One thing I have learnt in the past weeks never to gripe over my memory issues. I have instead adopted Dr. Halima’s optimistic approach to life. In due time, all would return. Her voice rang.

Over the next few moments, my thoughts unabatedly veered in close comparison of both men. Realising myself, I consciously redirected my focus back to the movie. Watching on as the frail old man mourned the death of his child. With a broken voice, he cried out, questioning God on why he left him; an old man and instead took his young daughter. Beside me,  Kamiye was softly weeping. I knew the movie must have brought back memories of Kazeem

It is just a movie! I tried to comfort her. Wiping the tears streaming down her face with my thumb when suddenly my vision blurred and I was transfixed to another moment, another time where I am led through dark, familiar alleys where shadows scampered behind like manes fleeing obscurity, blurring my senses, as every blow struck recognition.

My head reeled in pain as I felt a mighty fist lunged into my torso-momentarily paralyzing me and as I feel every destabilizing hit, a deathly weight press down on me and strong callous hands cover my mouth, shielding my screams as I fought and struggled on and on until a firm blow hit my cheeks. I shut up at once, reeling from the tingling pain. As I feel him push through, push deeply and against all odds, I let out a wild shrilling cry.

Kamiye’s scream was distant and light. Seemingly far away, until I am finally jolted by her firm shake on my shoulders.

I glared at her, numbed. As a shiver ran through my body.

I barely noted her quick dart or my jaws intense clatter until warm blankets draped over my shoulders and she pulled me close.

“What’s wrong, what happened?” You were screaming! Kamiye queried near tears as her voice shook with panic.“Please talk to me.” She pleaded.

Shaken and finally awakened the semi lifeless child and the oppressor from my dreams flashed through my mind. I shudder as realization dawns on me. This was not some illusion, nightmare or some imagination. This was as real as it could get… this was a blast from my past!

Kamiye gaped aghast, and in the clear night light, I watched her eyes grow from fear to disbelief, to realization and then horror.“Oh my God!” She gasped barely above a whisper and crumbled beside me. “Who?”

Memories of jagged breathing and the sharp repulsing scent of sweat-stained man came alive severally. It had happened more than once. In my head, I can see its constant recurrence which had turned a ritual of some sort.

Both hate and rage-fueled simultaneously as I recollect being molested by an Uncle Fidelis.

Shadows At The Crack Of Dawn-Episode 93

Shadows At The Crack Of Dawn-Episode 25

Shadows At The Crack Of Dawn-Episode 43