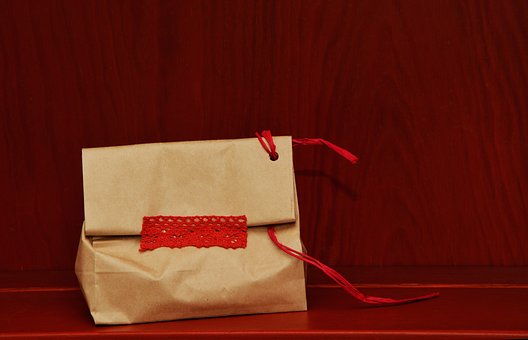 Did she really just challenge him? Dominic mused for the umpteenth time. Peeved and amused at the same time about the whole situation. To think Pelumi believed him capable of hurting his child was absurd, and he badly wanted to prove her wrong. Of course, he would discipline Kamsi, but he knew enough that discipline should be meted with love.

Dominic felt his heart constrict again on a recollection of the haunt in those eyes during her affront. Her affront especially leaving such a strong impression of awe on Dominic; nothing no woman since Kamsiyona had ever had the guts for. And here was Pelumi holding her own against him, though it left him speechless, it weirdly lit some interest in him.

“Dad, I’m sorry” Kamsi called from behind, trying in quick strides to catch up with him.

Dominic stormed off in rapid steps, obviously irked by Kamsi and her disobedience. Had she heeded, he would not have been on spot with Pelumi and have to defend her impression of him.

“Dad, please.” Kamsi cried again as they exited the doors into the cool evening air. “I’m sorry. I disobeyed you.”

Dominic didn’t utter a word as he unlocked the car and slid into the driver’s seat as Kamsi followed suit into the passenger’s and kept with her petition. In all sincerity, he’d long forgiven Kamsi but for now, he wouldn’t make it so easy for her. He’d resolved silence as the most suitable punishment.

“Seat belt!” He ordered Kamsi as he buckled his, but was caught off guard as Kamsi precipitously lunged on him from across her seat and broke in tears, muffling apologies in between.

If that didn’t break him, then nothing else could. He took a deep breath as his resolve softened. “It’s okay baby.” Dominic soothed her to silence. “From now, all I need is your hundred percent obedience and cooperation.”

Her head bobbed quietly, on his shoulder as she promised him.

Dominic’s lips twitched a suppressed smile as Kamsi finally parted and smacked a loud kiss on his cheek, and then retired to her seat much relieved. Dominic helped fastened her seat belt on, not that it was necessary, except the simple act went a step further to show his forgiveness. And then before starting into the road, he inquired about her welfare and started satisfied with her spiritedness.

Things were okay between them again, and as Dominic sped through the road, every now and then he would throw a constant check at the unusually quiet child beside him who would smile in return,

Sometime later, he slowed, caught in traffic when Kamsi questioned out of the blue. “Dad, do you hate aunt Pelumi?”

“No!” Dominic blurted tongue-tied, feeling his heart in his throat. “Why would you think that?”

“I don’t know.” She shrugged pensively. “It just seems like you do.”

Kamsi’s voice infiltrated the short silence. “So do you mean you like her?”

Dominic paled at the road. He couldn’t even explain what ‘likeness’ was anymore when with Pelumi he was confused. But whatever he felt, it definitely was not indifference.

Dominic diverted out his window to a young boy who jumped in front of two vehicles ahead, and without permission began rigorously scrubbing the windscreen of the car with some brush and soapy substance in a transparent water holder. He worked mechanically with such dexterity and soon wiped the screen clear sprinkling a bit of water and the foamy side of the brush. The driver barely acknowledged his effort as he finished, and the boy with no hesitation jumped to the next vehicle repeating the process, which again passed unacknowledged by the driver. Another driver screamed at the child as he reached to pour some soap on his windscreen, and the boy darted across lanes, until finally stopping at Dominic’s car, and then on a moment’s hesitation started to plunge into work when Dominic rolled down his window stopping him but handed him a five hundred naira note. The child barely above thirteen was stunned as he lowered to the ground, spreading flat on the road beside him. Dominic embarrassed by this, kept his head gaze straight ahead to ward off further praises from the boy who soon passed on to the next car.

“Why are you asking me this Kamsi?” Dominic frowned as he turned back to Kamsi.

“I don’t know, you just seem a little…uptight whenever she is around or whenever I talk about her.”

Dominic’s unflinching gaze stayed ahead, as he started out of the traffic. If only Kamsi knew the truth that he bore no dislike for the woman. If anything, he was attracted to her, a feeling he mostly attributed to his libido and his pent-up celibacy searching a release. After all, he was male and naturally taken by sight.

“I’m sorry dear. I don’t have a problem with Miss Longe. In fact, I might have gotten her a gift if I had known it was her birthday.”

“Really?” Kamsi trilled excitedly. “It’s not late dad, we still can get her something. She loves shoes.” She shot exuberantly to a quiet Dominic who had no cause to question Kamsi’s knowledge on Pelumi’s likes or interests. If Kamsi said Pelumi loved shoes, then very likely, Pelumi did.

Her pleas pressed desperately as they pulled lazily through the traffic, coincidentally nearing a store. Dominic expelled an exasperating sigh at the traffic and soon eased into the plaza. His decision as much to appease Kamsi and also a peace offering to the birthday woman.

Moments later, the pair exited the mall with joined hands and with Kamsi bearing the newly purchased shoes in her free hand which Kamis herself had chosen. He had also bought a card, which Kamsi thought unnecessary, and somehow had talked him into buying a red rose which he thought absolutely unnecessary. Now catching glimpse of it peeping through the bag, Dominic felt so stupid to have succumbed to the kid, that as soon as they got into the car, he asked Kamsi to put in the glove compartment. Flowers were just not his thing, it seemed too romantic and absurd.

Dominic started the engine, but killed it almost instantly, seeing Kamsi still beside him with a photograph in hand. Guilt, sorrow, and pain cross her face as she glared on. Dominic need not see it to know who it was. His only regret was having left it in the compartment. Quietly, he took it from Kamsi and ran a quick peruse himself. As expected, it reawoken memories. He’d taken that shot of Kamisyonna during one of their numerous cavorts. Dominic recalled the stolen kisses, the love, and affection and it tore at him. Kamsiyonna was no more, but her thoughts strongly remained in his heart. She’d promised him forever. And though she had been unable to keep her end of the bargain, in some indescribable way, Dominic believed her presence however unseen.

Wordlessly, he returned the picture back into the compartment with a mental note of disposing it. Kamsi by now was quiet and staring glumly ahead.

Only the blink of her eyes showed she’d heard him. And when he called again, this time, she turned to him distant and forlorn, and he remembered Pelumi’s previous observation.

“Do you feel guilty about your mother’s death?” Dominic charged. There was no subtler way of saying it, but what needed to be said had to be said.

Kamsi’s quite aversion ahead gave more than enough response and Dominic’s heart tore with a sickening feeling of failure. Gently, he steered her to him. “Tell me Kamsi. Do you feel guilty?”

Tears sprung in Kamsi’s eyes, and a single drop allowed the rapid flow for more. “Other babies let their mothers live through childbirth.” She choked.

Dominic was stunned, knocked breathless by her words that seared through his heart. Impulsively, he gathered her close and buried her head in his chest. Don’t say that Kamsi! It’s not true.”

His heart shattered, and in that instant, Dominic felt like the world’s worst father for having lived eight long years with his child, and never truly realizing her pain and guilt. Worse, he’d had to hear it from a stranger.

“Why did she have to die?” Kamsi snuggled into his chest, muffling the words.“I killed her.”

Dominic’s heart stopped. Gently, he peeled the child off of him to glare at her tear-streaked face.

“Don’t you ever say that!” Dominic chided, somewhat unable to keep the stern off his voice, and then with much more deliberate effort, he softened sighing mightily at the brokenhearted child. “Please don’t say that Kamsi. Don’t ever say that.” he pleaded as he thought up the best possible and most concise way to prove her innocence. “Your mother had complications Kamsi, it happens sometimes.”

“I don’t know.” Dominic’s face wore doleful as he concentrated on helping rid an eight year old guilt. “All I need for you to understand is that it had nothing to do with you. I am a Doctor, trust me I am in the best position to know that. And knowing your mum, I’m certain she would not want you to live like this. She would want you to be happy and live life to the fullest.”

Those consolatory words produced more tears, and Dominic gathered her again in his arms.

“What?” he felt her stiffen.

“Your mother is now an angel, and is keeping watch over you. “

Kamsi withdrew to search his eyes with tear glazed ones. “How do you know daddy?”

“I just do.” Glimpsing some hope in her eyes, he pressed. “Mothers are protectors. Just think of her as your guardian angel.”

“Daddy will never lie to you.” He simply said.

In a flash, Kamsi’s eyes lit belief that Dominic stopped from saying more for fear of contradiction. This time, when Kamsi settled for a hug, it was a far more relaxed one.

In spite of instilling some peace in the child, Dominic hoped that he was right about her mother. But then, even if he were wrong, neither had until a really long time to find out. On that note, Dominic finally allowed himself some relief.

Shadows At The Crack Of Dawn-Episode 101

Shadows At The Crack Of Dawn-Episode 78