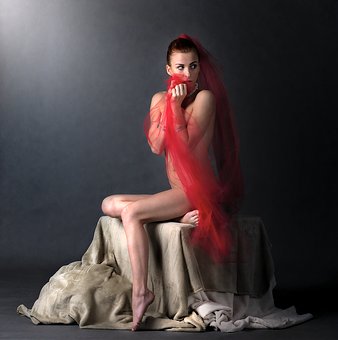 Sitted at the backseat of a taxi, I concentrate on calming my racing nerves as I already dreaded a conversation with Bayo. And for some reason, the drive from Tania’s parent’s house to Bayo’s seemed quite a distant, but finally we were here.

‘We are here.” The driver called as he pulled beside a home in an especially quiet estate. And of reflex I look to the street number for confirmation as I have only been here once.

‘Yes I think.” I affirmed, swallowing at the lump in my throat and suddenly overwhelmed by the reality of things that I am literally frozen in my seat when the driver turned to me. With a quick smile, I hurriedly squeezed the fare into his palm and ask that he waited for me as he would take me back, a plan he readily accepted to as I stepped out of the car with a short prayer.

The estate was super quiet further sending chills down my spine as I punched at the door bell of the second home which was Bayo’s. And on barely a second ring, a short stout man appeared as I explained I was here to see Bayo, when suddenly, a voice calls from behind, an all too familiar one as he said. “Let her in.”

I swallowed and nodded to the guy as I mindlessly allowed my legs carry me to the front door, which Bayo had thankfully long disappeared into without the slightest eye contact or regard. Sadness welled deep within me. What was I expecting, a warm welcome?

Matching to Bayo’s front door in quick purposeful strides, I lift my hand readying to knock when suddenly it swings open. It was him again, beautiful and strong in sleeveless round neck and a pyjama bottom. I swallow difficultly, appalled at my reaction to him. I try not to feast on those broad shoulders and taut chest an attestation of a regular workout regime and stayed on his face. His face is expressionless, but from the hollowness in his face, I can tell he had an equally rough night, except unlike me, he is calm.

I feel a treacherous shiver from his rake over me, and quickly avert to a point past him when almost as if mercifully he shifts out of the my way, granting me entry. I dart past him.

“Bayo, about last night,” I begin with my back to him, striving to keep my voice leveled and desperately hoping he would miss the too obvious quiver in it.“That was just some silly joke.”

I let out on a forced laugh, abruptly stopping when caught by strong arms. Slowly, he turned me over, and I am barely recovered from the shock of his touch when his lips cover mine in somewhat haze. I was too stricken to resist, and instead, I clung to him, sharing a passionate kiss, one that was a sure release to a floodgate of emotions.

And almost as abruptly as it had begun, it ended and I found still reeling from it as Bayo parted, his hold on me, loosening.

His face gave off a silent smile and I am the more floundered as his thumb gently trailed my lip somewhat mischeviously before leading me to the nearest couch as I wondered dazed. Who is this man?!

“What was that for?” Now finding my voice, I directed to the man quietly beside me. His face lowered a split moment and then back at me with such fierce emotion too good to be true. “I love you Olaide, I have always loved you.”

What?! The waiting fireworks in my head launched in full explosion in contrast to my fear ridden heart.

And without thinking, my palm flew hard across his face in a hot slap. I gasp in startled realization.

“I’m sorry.” I broke in genuine apology, and burst into tears, muddled inbetween a weird combination of fear and shock.

“I’m sorry I never told you.” Bayo finally continued. That and his arms now wrapped around me, allowing for more tears. The sincerity in those words, in his touch were threatening and  too much to wrap my head around. I can’t stand anymore of whatever game Bayo is at.

“Why didn’t you tell me Bayo, why?!” My muffled words were choked somewhere between aggravated sobs as my face buried deeper in that taut chest. “Why Bayo?!” I asked again pulling away to look into his face, barely aware of the drench on his shirt.

Bayo was clearly pained, as regret and sorrow tore through his past features. The only time I’d witnessed such a soul-baring emotion from him was probably that time seven years back when he’d lost his favourite uncle to chronic typhoid.

“I didn’t know you felt the same way, I didn’t want to dent our friendship.”

Sigh! So all these years, I hadn’t dreamt Bayo’s feelings after all. They were as real as the man before me.

“What about Tania, do you love her?”

“I care for her, but no.” he slowly shook his head, but with such definite assertion. “I don’t love her.”

“But why are you getting married to her?!”

“It’s a long story, I will tell you about it later.”

Silence evaded the moment and finally muttering some courage, I spoke.. “So what is it going to be? It’s just two hours away from your wedding.”

Bayo’s eyes now were glum, the weary lines in his face even more apparent.

“What?!” Though Bayo’s voice barely carried above a whisper, I am more shaken by the definiteness in his eyes and tone than the actual words itself. “Are you out of your mind.” I furiously jab at the streaks of tears off my face and glare at him preopsterous. “This is not a Nollywood movie Adebayo.”

I rarely call him by his full name, except on matters as grave as this.

“Are you kidding me? All the while, we had our chance, we blew it, now it’s too late and you think we should elope?”

“I’m serious Olaide and no it’s not late.”

He took my small hands in his, covered in his larger ones. “We can run away.” He says convincingly. God! He is serious. As if burnt, I yanked out of his reach.  “Just listen to yourself!” I charged back alarmed at the ridiculousness of his words. And then on a whisper, as if suddenly scared of an imaginary extra ear in the room. “You are really proposing that we leave everything and just run?!.”

Wide eyed, I glare at him in utter disbelief and I started to rise irked when he pulled me back.

“We can do this Olaide, we can. Or don’t you love me enough to elope?”

My God! He is serious.

“I…I…Of course I do, but what of Tania, she is going to die!” Not to mention that I am bethrothed.

“No she won’t!” he took my chin in firm grip and great assurance. “She will be fine. We would just be gone for a while and we’ll be back.”

“And I am going to be forever dubbed as the girl who snatched her friend’s husband.” I argue.

“I love you enough to overlook the shame. I would do anything at all just to be with you.”

I am startled, shakened by the intensity of those brown eyes and his words. Bayo does love me , no doubts. That was all I’d ever asked for, it was all I wanted. And now in split seconds, awakening to the reality of it, plus the thought of eloping-this was just too hard to wrap my head around. Even Worse, to think I am considering it? Bayo has inarguably gone mad, and he is stealthily pulling me along the same path.

“Hey baby, baby.” He steers my head to himself, his hold yet stayed on my chin. “We can do this Olaide.” he smiled encouragingly.

“How?” my voice sounds pitched in betrayal as I feel myself give to him.

“Meet me by Ocean View by ten. I’ll take it from there.”

I sent him an unsure smile and he releases my chin as we hear voices and hearty guffaws fleeting down the stairs. Hastily, I wiped any hint of tears yet almost dried on my face and turn a killer smile to the group descending the stairs. For a while, I had forgotten Bayo had company.

Leke, Bayo’s best friend and best man led the pack, a bright smile on his face, and then Tunji and Yinka.

“I didn’t know you were around.” Leke said.

“Um…Tania wanted me to give Bayo their rings.” I sprung to my feet, and hand Bayo the jewelry box, as I exchanged pleasantries with all three men still aslightly whipped from the previous night’s celebration.

“So how was your night?” Yinka grinned mischievously and for a moment I wonder if he knew abut last night.

“Fine, except I almost overslept this morning.” I supplied and all three men laughed, each relaying his experience or perhaps consequences from last night’s partying.

“See you at the wedding.” All three called as Bayo escorted me out. And out of the house, their hearty guffaw raked loudly.

“Don’t worry about my friends.” Bayo began now out of ears shot. “I will figure out a way to get away from them.”

Read moreShadows At The Crack of Dawn Episode 53

With an half minded nod, I rush into the waiting cab. It had begun to drizzle.

“Olaide,” Bayo holds the door, stopping me from shutting it. “We can do this”. He affirms.

I swallow unsurely and rushed into the cab before I am tempted to change my mind.

Read moreShadows At The Crack Of Dawn- Episode 56

Midway into the journey, the sky cracked open a torrentious pour and I watched the torrents pour down the window, washing the gloom of the day but not that in my heart. Arriving Tania’s hotel, I paid my fare and thanked the cab man as I disappeared into the rain, shortly to be saved by a security with an umbrella in hand, except I am already drenched.

Soaked and dripping, I return to Tania’s suite.