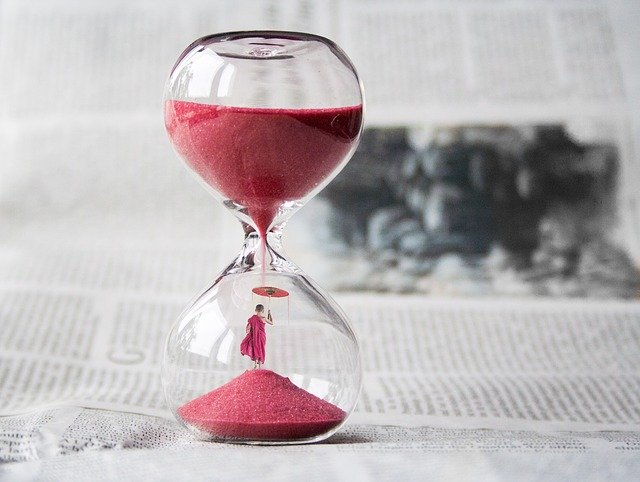 Finally, I am going home! I know I should be excited, but I am not. As much as I cannot wait to see the world, I cannot help but wonder, what to expect. But what I do know is that I will miss these four walls.

“Great.” Dr. Akin called as he inspects my arm now rid of the cast, for the first time allowing me to meet it. The cast had been exchanged for splints, I was made to understand, also that it was healing nicely in spite of its paleness in contrast to my upper skin.

“Still a little stiff here and there, but we are getting there.” He assured me as he gently flexed my arm, all the while enlightening me about the plates and screw buried deep into my skin to keep my bones together. The screws could last a year before taking it off, but only constant checks would tell how long they would stay for, and so I’ll have to return for tests every once in a while. I nodded.

“It’s a little atrophied now, but don’t worry. That is only expected, considering its lack of use in the past months.”

I nodded again, somehow knowing he was referring to the shrunken muscles, and with a tap on my shoulder he backed away, allowing Dr. Eucheria room as she perched softly on the mattress, giving my chin a small tap. Though her lips said nothing, her eyes relayed all that really needed to be said. And I realized that I will miss her as well as the Matron with beseeching eyes from behind.

“Please take the rest of your medication.” She advised, and then suddenly out of the blue, she hugged me. I returned it. And the matron soon followed suit, with all three of them leaving me to my own thoughts.

This isn’t goodbye, I told myself as I am overwhelmed by a sudden wave of nostalgia.

I always knew this day would come, I had even looked forward to it, and now that it was here, it was scary. Barely giving to my thoughts and paranoia, I grabbed my phone and headed to the window, dialing Tomiwa who had volunteered to take me home since Kamiye and Tobi were unavailable. I paused on the call, weighing my options with a frown. Should I be comfortable with Tomiwa, especially considering the fact that my brother was facing questionings on matters regarding his brother? The answer was clear. Frankly, at this point, I do not even know what Tomiwa is; friend or foe. But then, what other chances do I have? Except stay a day longer when Kamiye will be free, or hail a cab, except that wasn’t the homecoming I envisaged to a home I have no memory of.

Still considering my thoughts as I glared out the window, I was drawn to the persistent hoot of the car at the hospital gates as a familiar scene unfolded with the guard rushing to open the gate to allow the crazy driver entry. The driver pulled in, barely missing the guard’s leg, that I jumped in fear as the van stopped with an alarming screech.

I watched the driver jump down, rounding the van in a flash of light and yanking the doors open which still shook from the sudden halt.  As expected, the scene was soon flooded with nurses helping to load the victim- a woman unto a stretcher. I gasped and turned away at the sight of the woman’s marred body, obviously, first degree burns, the smell of burnt flesh rising up in the air.

When I looked back down, the woman had disappeared, while the security was engaged in a short discussion with the driver, who soon got into the van, and parked his car properly into the lot, amidst a row of others just as a car pulled out beside it, exposing a black car beside the just vacated spot. Something about it struck familiar.

Thoughts rammed into my head in jumbled pieces, all trying to fit at once, that I am soon gasping as I watched Tobi and I tumble in the air. With each tumble, the thoughts grew more real. I felt the pain reverberate as we landed with a thunderous sound, causing a sharp jab to my head, that I clutched quickly at it. Already, I am whimpering in fear as I saw a sedan drive right into us, and then darkness.

By now, I was heaving with shallow breaths as I knew I had re-lived the accident.

A tap came on my shoulder, startling me, I jumped impulsively, and my scream died into a whimper on seeing it was only Tomiwa. I didn’t know he’d gotten here.

“Are you okay?” concern flashed in his eyes, but instead of soothing me, it frightened me.

I didn’t respond, and couldn’t even bring myself to speak even if I wanted to as he brushed past me, to stare out the window himself, in search of whatever had spooked me.

Time seemed to freeze as my brain did a walkthrough of the day again. Except this time, I saw myself in a house with Dimeji and Tobi, and as I looked out a window, I found Tomiwa arising from beneath the tires of the same black car I’d ridden with my brother.

I looked back at Tomiwa with sudden realization. Now, his eyes were also on me, searching and deeply probing. And then his eyes turned into something dark and sinister as he watched realization set into my eyes. I took a step away from him and another as I now knew beyond doubts that Tomiwa had instigated the crash! And with the way he looked at me, he knew I knew.

Amidst the nabbing fear, my throat gave way to scream as I rushed towards the door. He came after me, caught up with me in swift moment, and spun me just as the guard barged in. Never had I been more grateful for his presence than now.

“What is it?” Tomiwa asked once again seeming genuinely concerned.

I wouldn’t be fooled by that. I knew what I had seen and my brain replayed it over in even clearer details.

Shakily I freed myself from his hold and pranced behind the confused guard. “What’s wrong ma’am?”

“You are a murderer.” I screamed at Tomiwa from behind.  “You tried to kill me and my brother.”

My heart had begun to beat wildly from the look in his face. And even as a couple of doctors and nurses filed into the room surrounding me, I still felt unsafe. But as I sight Dr. Dominic from the lot, I flung myself into his arm unthinking. He staggered as much from my weight and the unexpectedness of it, but he soon recovered steadying us both. I am too shaken to see the surprised look on everyone’s faces.

At the moment, all that mattered was that I was safe in the doctor’s arms as I continue to scowl at Tomiwa, pointing more confidently at him. “He tried to kill me! He tried to murder my brother and I.” I screamed, just as he dashed out the door maneuvering through the crowd with Tijani on his heels.

“I remember the crash, I remember everything.” I chanted to the confused lot when Tijani returned.

“I chased him down the stairs and just handed him over to the police. Turns out they were already coming to arrest him.”

Shadows At The Crack Of Dawn-Episode 85

Shadows At The Crack Of Dawn-Episode 86