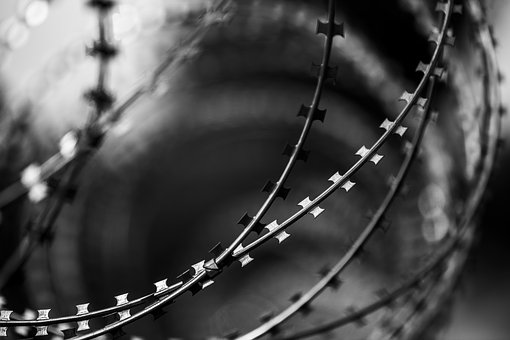 Climbing into the front seat beside her father, Kamsi continued to wave to her grandparents until they were out of the huge black gates and out of sight. Only then did she lean back into her seat, yawning as she pushed the chair back to give more room to her legs.

Dominic threw a glance at the child still in her school uniform and felt sorry that she would sleep late that night. But when her grandparents had called to see her, there was little he could do about it. They already lost Kamsiyonna; somehow he felt somewhat obliged to allow them moment with Kamsi whenever they demanded it. It was clear that what they lost in their daughter, they were trying to make up for in their grandchild. He, on the other hand, was not so thrilled about the visit. Not only because the Chukwuemeka’s still lived in the same house that they had when he’d courted their child, but because everything was a sad reminder of Kamsi’s death. In spite of the recent renovations in the house, it seemed like Kamsi was there at almost every turn, smiling at him especially as her pictures hung everywhere along with the other children.

The trip from Kamsi’s parents was not a lengthy one, but given the Lagos traffic, it was clear they wouldn’t meet up with Kamsi’s bedtime which was only in thirty minutes.

“Baby, are you hungry?” Dominic directed at the child in spite of her only just having dinner a couple of hours before.

“No.” She shook her head and yawned sleepily. She’d started to drift to a light sleep when the commotion from the road caught her attention. Their car had now come to a halt as unnecessary traffic formed- a result of the commotion. Peering through the window, she watched the unfold as a growing crowd pooled around a dingy commercial bus-which was the real cause of the traffic. Cars slowly swerved by, blaring their horns in succession as they manoeuvered their way through. Dominic soon joined the hooting vehicles as a fight broke out, wanting to be out of there before even greater violence ensued.

Amidst the commotion, Dominic caught glimpse of what was presumably the source of trouble, as one man in disheveled clothing rained curses in heavily accented Yoruba at another, with his hands hurled in the air ready to strike, save for a couple of men trying to hold the furious man in check, but he was like a loose cannon and at some point almost broke free of their resistance.

Dominic turned to the traffic again, muttering a quick prayer. And as though in answer to his prayer, the traffic eased and he soon manoeuvered out of the scene. By now, Kamsi had inched back into her seat, relieved and even now giggling in spite of herself, drawing jokes from what had earlier been a source of worry.

“Dad, you should have seen the way the man lifted the conductor by the collar, he was like the incredible hulk.”

Dominic had missed that, but smiled; he’d been too concerned with driving them to safety. Although he wouldn’t condone violence, for a change it would be great to see the conductor get served as they were constantly in the habit of bullying and intimidating their passengers with their weed croaked voices and bristling energy.

Silenced passed again for a moment that at some point he turned a glance to the child with a deeply furrowed brow in what appeared to be deep thought.

“What are you thinking?”

“That I miss Anjola.”

“I know.  I miss her too.” A lone smile framed Dominic’s face as he thought of Kamsi’s baby sitter who had traveled home to care for her sick mother. She’d been gone for only a couple of days and Dominic already learnt that juggling both Kamsi and work wasn’t such an easy task.  Thankfully, she would be back over the weekend which was only a few days away, and shortly after to resume school, which thankfully would be a part-time study. “Don’t worry. She’ll be back soon.”

“Dad, can I keep my friendship with Aunt Pelumi?”

Dominic stiffened, his hands tightening on the wheel as he felt Kamsi’s stare. He was out of words, thankfully, Kamsi didn’t notice

“She will be discharged soon and I would love to keep seeing her.”

Dominic said nothing as he kept his gaze ahead. Already she knew his stand on fraternizing with patients especially this patient.

“Dad?! Please, I think she’s leaving tomorrow. Can I at least see her tomorrow.”

“Okay, tomorrow then.” He firmly answered.

The least he could do was allow the child to bid farewell to the woman, he decided, ignoring the uncomfortable race of his heart and the pain in knowing they might probably never cross paths. For some weird reason, he also didn’t want to let her go, and even if she was around, what exactly did he want with her, he wondered. For a fact, he wanted her in the carnal way, which was why he’d kept his distance all along. He couldn’t stand her soul-piercing stare, the sexy way she bit her lower lip when nervous, the way her breath hitched when he was close, the way her pulpits dilated when she exhaled. If he didn’t know better, he’d think she wanted him too.

But then, the woman was too damaged, he reminded himself. Whenever they spoke he saw her hurt, her pain, and grief that he knew she’d surely been through worse than her age. Though he was a physician caring for all kinds of illnesses but a broken spirit, he could not mend.

Stunned and thrown off guard, Dominic didn’t look at the child lest she read through him.

“What do you mean by that? Of course, I like all my patients.”

In spite of himself, Dominic burst into a hearty laugh. Kamsi joined for a moment before growing serious again. “Seriously Dad, do you ever plan on getting married again?”

“Because I think I might need a mother figure.” She cried.

Though her voice was controlled, her pain and need were pretty apparent, it caused him to take a brief glance at her and caught her wounded glare which was weird considering that Kamsi had always dismissed the need for a mother until now. What had spurred the change?

“Since when did you start to think that? You always told me not to share my love for you with another woman. So why do you suddenly want a mother figure? ” Dominic asked, scared for her next answer.

“Because I never found any woman I wanted until now.”

Dominic was speechless, numbed by his child’s confession and fearful for himself, and whatever hold the amnesiac patient seemed to have on his family.

“Dad you’re single, and Aunt P is. I will love for you to get married to her someday.”

Dominic was too stunned by her words, he’d lost concentration for a minute and suddenly swerved barely missing a porthole and threw a quick apology to the driver behind him with the blaring horn, who couldn’t help but lower his window and belt a curse as he drove past.

Dominic ignored him, more concerned by his child than anything else.  What in God’s name was Kamsi saying? It was true that his body responded to Pelumi’s in ways unimaginable which was only natural, as he was male practicing celibacy (except for that one time with Linda a few weeks back), but then sexual attraction was not enough for marriage.

He shouldn’t have let Kamsi so close to the woman! And Kamsi was obviously stricken by the woman, making it almost impossible to separate them.

“And who told you she is single?” He heard himself ask out of curiosity, but felt stupid almost immediately, realizing that egging Kamsi on was the last thing he needed.

“She is my friend Dad, trust me I know she is single.”

Dominic swallowed, ignoring the fireworks exploding on his insides as he managed to stay composed, momentarily fazed by the thoughts of Tomiwa the stoic man who often visited her.

“Well, that doesn’t matter Kamsi. One doesn’t just go on the street and ask a woman’s hand in marriage because she is single.” Dominic threw her a quick glance, trying to play off the situation with a small smile but Kamsi was not having it.

“She is not any woman Dad, and she is not on the street. Besides she is far better than Aunt Linda!”

“That’s enough!” Dominic barked, silencing her. He hadn’t meant to rile her or even go this far with her on this conversation, and next time, he would check her before things got out of hand, he mentally noted as he drove on in silence for the rest of the trip with Kamsi following suit.