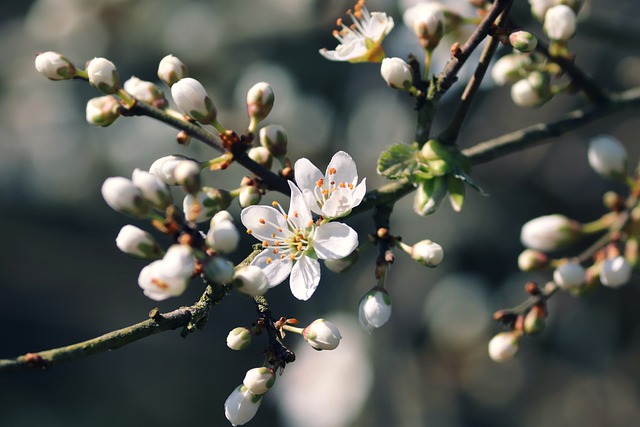 Clearly distressed in the back seat of his Acura, Tobi craned for the road ahead, wishing the drive could be faster. Wale’s driving was perfect, Tobi admitted, and if he’d asked for more, he would only be promoting recklessness.

For the umpteenth time, Tobi pushed back into his seat with a sigh, this time desperately trying to bid patience as he checked his watch. It was just ten minutes ago when he’d received that call while napping in his hotel room. The prison warder’s tone had been sharp and precise when he’d announced that his father had been rushed to the hospital. No doubts there were no pranks here when he’d mentioned Femi’s health status, which was why Tobi has immediately started into the road.

The next few minutes seemed like eternity to Tobi, until at last, they pulled into the familiar gates of Mount Sinai. Barely parked, Tobi jumped out the door, covering the grounds in swift strides to the front post where the warder was waiting rested against a truck, a deep frown set on his terse face even as Tobi reached him. He took Tobi’s hand in a vehement shake.

“He just collapsed.” Hafeez related.“He has been ill for a while now and has been receiving treatment. He swore he was improving, and never gave off its severity if not for Ebube who insisted I check him. They had just stepped into my office when he passed out.”

“So what’s his situation?”

“I don’t know,” Hafeez confessed. “It’s been an hour since the doctors took him in, and I haven’t heard anything since then.”

Tobi nodded a single motion and started into the hospital with Hafeez closely behind him, as he headed for the receptionist’s desk, only allowing him some privacy as he began to dialogue with the receptionist. The receptionist was new, she didn’t know Tobi and that resulted in a moment’s dialogue. There was simply no update yet on the elder Longe, except that the doctors were working on him. Tobi nodded in disappointment and turned away, his only relief in the fact that Dr. Dominic was part of the team.

“Any news?” the warder asked the same thing, a look of quiet expectance on his face as Tobi settled beside him on the couch.  Tobi’s sad shake of the head was all the answer he needed.

Guilt ate at Tobi as he thought of his father and their last meet. Even then, he’d sensed the man’s frailty-especially that one time he’d caught him from falling. He shouldn’t have believed him when he’d dismissed it. And now if anything happened, Tobi would never forgive himself.

Tobi wearied himself about the situation, and the others in his already topsy-turvy life as he drifted into a short nap, awakening a moment later to a tap on his shoulder. By then, the first streaks of darkness had begun set in, and when he checked the time, he was surprised that three straight hours had passed. In slow rotations, he arched his neck, relieving the nasty ache incurred from maintaining a position too long. The second nudge from Hafeez directed his attention to the Doctor just emerged from the door with a nurse solidly beside him dutifully taking notes.

Tobi pushed to his feet with a groan, stretching his muscles as he awaited the doctor who had caught sight of him and was already making way to him, a wan smile of recognition filling his face.

“Good evening Doctor, I heard you were attending to my father.”

Dominic nodded; his expression fell for a second, that when he offered that they talk in his office, Tobi knew whatever it was was not good. Steely, Tobi followed behind, his fears further heightened from the deathly quiet of the elevator as both claimed it alone. Thankfully, the trip was brief, and in barely less than thirty seconds, both were out and trailing to Dominic’s office, the resounding click of feet and Tobi’s stick against the tiled floors rendering a heart-shattering sound.

Of all the parts in Dominic’s profession, the heartbreaking rendition was usually his worst, now further worsened by his relationship with the family. If he’d been earlier informed about the patient’s identity, he would have turned it down. Not until meeting the patient, but by then it was too late. Even in the man’s unconscious form, in spite of never having met him, he’d immediately noticed the resemblance between father and son the moment he’d peered into Femi’s sleeping form.

Now in his office, Dominic settled, indicating for Tobi to do the same on an opposite seat, and then without further ado, began. “Your sister will be discharged the day after tomorrow; she needs to stay off any rigorous  work for now.” Tobi nodded impatiently, somewhat starting to get suspicious of the doctor’s stall. “Does she live alone?”

Tobi nodded again, this time his impatience showing in his eyes.

“Then if possible, I’ll advice that she stays with you till she can function alone.”

“That’s not a problem. Either that or she’ll get a maid.” Tobi dismissed.

“Good. I’ll leave Dr.Eucheria to fill you with the other details.”  Dominic concluded.

“Now to your father, he is really sick. He is suffering from cancer, lung cancer precisely.” Dominic began, resisting the urge to clear his throat as he continued to relay the rest of the situation, and cursed inwardly for getting attached with the family, for he immediately felt the pain in Tobi’s expression.

“No, that impossible Doctor. Something must be wrong somewhere!”

Dominic’s heart sunk. He recognized denial when he saw it. “Your father was not only a chain smoker. But a heavy smoker Mr. Longe, and that increased his chances of it. That kind of non-small cell cancer mostly generates from smoking which he admitted to.”

Tobi blinked, the challenge yet raw in his eyes, as reality began to sink until finally, there was no fight left in him, just vulnerability left for Dominic to see. “Does he know?”

Dominic nodded, his eyes were calm and consolatory. “I think he has for a while now, maybe he didn’t know to what extent or the exact illness, but it appears he has long accepted his fate.”

The room had quieted even more now, the quiet tick of the wall clock intruding like a sledgehammer as both men glared at each, each trying to read into the other’s soul as the Doctor continued.

“That he has only a few moments to live.”

Time seemed to have seized for Tobi, as he glared at Dominic motionlessly, the quiet dart in his eyes was the only proof of life. From the look in the man’s eyes, Dominic knew it was tough for the man.

“So what choice does he have, surgery, chemo?” Tobi’s voice was hoarse and rasped.

This time, Dominic sure cleared his throat as he began. “Had it been the early stages of it, surgery would have been perfect, but now at its fourth stage and wildly spread through his body, his only option now is chemotherapy. And even that can’t cure him. What that will do is relieve the symptom and prolong his life a little more-but not preserve it.

“What the hell?!” Tobi’s fist came against the desk, resounding like a cannon, his eyes blazing in clear frustration. “Try something, anything Doctor! You can’t just rule him off as irredeemable!”

Tobi glared at him, speechless, as he slowly came to terms with the truth in the man’s eyes, he buried his head in his palm, pushing it past his well-shaven hair. When he lifted his head again, his eyes were misty, his voice leveled as he spoke. “So you mean he is going to die?”

Dominic nodded regretfully. “He has limited time to live. But like I said, we will offer chemotherapy.  That will help reduce the tumor in his lung, control the cancerous spread, relieve him of pain, and maybe spare him more time to live.”

Tobi glared speechless at the spot behind the doctor’s head, lost in space. It hurt Dominic to say those words. But they were fact and it was important the patient’s family knew his status.

“Sure. But for now, only for a couple of minutes, he is at intensive care.”

Dominic rose following Tobi, leading the man to his father. When suddenly at the door, Tobi stopped and turned to the Doctor just behind him. “I’m sorry for taking it out on you.”

“I understand its fine.” Dominic smiled wanly, momentarily stunned. This was definitely a first from a patient.

Shadows At The Crack Of Dawn-Episode 106