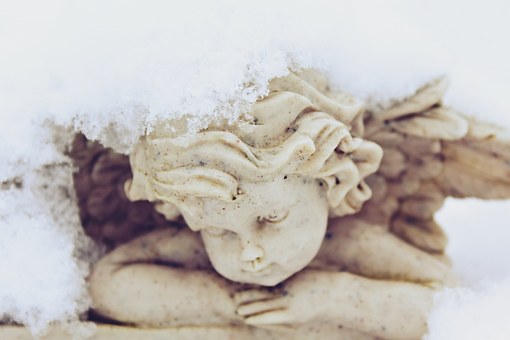 It was a ghastly accident; the car a total write-off. His physician instincts kicking in, Dominic sprang into action, pushed right through the gathering crowd, and headed straight for the driver seat of the upturned Lexus, instantly joined by two other men as he unbuckled the belt of the driver’s seat occupant, and freed him. The man was partly unconscious, save for a low moan that escaped his lips, signaling he was alive. Dominic left him to both men, ordering them to take him far away.

He crouched low again into the driver’s seat, and reached up to unbuckle the lady’s seat belt, trying to free her; her door was jammed. Dominic sucked in a shaky breath as he caught sight of a bone sticking out of her forearm; an open fracture. She was lucky not to have been crushed by the collision at her side. There was a lot of blood, the smell of it mixed with a more pungent one- fuel! The danger alert flashed in Dominic’s head. An explosion could occur any minute. His physician instincts again kicking in, he focused on his task of freeing the woman, battling for her release, finally pulling her out with all his might, and wincing at the crack of bones as he slid her out. He wished there was a better way to free her but there was no time to waste. Finally out, he lifted the unconscious lady into his arms, rushing as far away from the car as he could, and throwing a quick glance at the sedan. It was empty.

Dominic pushed through the crowd as the fire fighters tried to push them away. Looking down at the lady, and ignoring the blood seeping into his shirt, he could see she’d sustained a number of visible injuries. He hoped there were no internal ones. She needed antibiotics and tetanus shot against infections for her exposed bone.

Suddenly, the car exploded, bursting into flames. The crowd dispersed in a frenzy, screaming out in terror. Thankfully, the fire men were around to save the day, quickly dousing the fire.

Sirens screamed from afar, the sound increasing as the ambulance drew closer. It pulled by the side of the road. Dominic rushed over with the lady in his arms, and laid her on a stretcher produced by the paramedics. A second stretcher was provided for the man, and he was lifted into the ambulance alongside the lady. A giant gash on the man’s arm was also bleeding. Dominic went in search of the driver of the black sedan, finally finding the uninjured man who’d become a celebrity of some sort for his brush with death unscathed. Dominic tore him away from the crowd, gently insisting against the man’s wish that he went along with them to the hospital for a general checkup. The man finally agreed with a reluctant sigh, tearing himself from his celebration party, and climbing into the ambulance. He took a sit at a corner, affording the paramedics room as they worked on the injured man who was unconscious, but still breathing.

Dominic peered at his car at the other side of the road.  It would be almost impossible getting it out of the restaurant park in the huge commotion, so he decided to come back later for it and climbed into the ambulance, fussing over the uninjured man, with a only a slight graze on the knee. Only when he was convinced the man was fine did he leave him be. The sirens wailed again, as they pulled out of the crowd. Dominic hissed in frustration at the crowd; not even an explosion was enough to chase away bystanders.

A team worked frantically to keep the unconscious man stable. His blood pressure was low. They put his right leg below his knee in a splint as he had also sustained a fracture. How bad, Dominic could not tell yet. Its extent would be assessed by an x-ray report. For the lady, he didn’t need an X-ray to know how bad hers was. Such open fractures required surgery.

Dominic joined the trauma team in need of serious help; the lady’s.  Already, the sheet was covered in so much blood; she has lost too much of it. The bandage wrapped over her head bruise was soaked also. Her broken arm was also wrapped in a splint. They gave her antibiotics and tetanus vaccine to prevent infection, and also some painkillers. At some point, her pulse dropped, her breathing went relatively shallow, and then it stopped.  Immediately, she was put on a ventilator. Then her heart stopped. They got it started again and fought to keep it going. Throughout the ride to Mount Sinai Hospital, they fought to keep her stable. Dominic offered a silent prayer for the lady as they fought to pull her through.

At the hospital, both bodies were transferred to the trauma unit where Dr Eucheria instantly took charge of the man, while Dominic worked on the lady with a neurologist.  Her response to treatment was dull. The neurologist’s scan showed a swelling of her brain. She must have hit her head badly. The best they could do was wait for her body to try heal itself.

Thankfully, a phone had been retrieved from the male victim’s pocket, and his wife had been contacted.  In less than an hour, she ran into the hospital with two kids scurrying behind her, in a completely disheveled state. The shock in the boy’s identical faces matched the woman’s. It was easy to tell she was their mother, and she had been crying. Dominic had a hard time trying to reassure Kamiye since he could not let her see the accident victims. As subtly as he could, without hoarding any relevant piece of information, he explained the conditions of both individuals to Kamiye, after she had confirmed her relationship with both victims through tears and hiccups.

“Only a surgical procedure can fix Pelumi’s fractured arm.”

Kamiye listened in tears as the orthopedist explained the operative procedure and its risks. She nodded in understanding, carefully going over the operation consent document that covered every possibility and fixation options, finally choosing the best option; plate fixation, spurring Dr. Kunle into action.

Dominic was occupied with a long list of other patients until late night. As he appeared down the hall, Kamiye sprung from her seat and ran to him with demands about the welfare of her family. Calming her gently, he told her to wait a few more minutes for the orthopedist’s report. The surgery ended a few minutes before midnight. A surge of relief coursed through Kamiye’s face when Dr. Kunle assured her of the success of the surgery, and explained that Pelumi would be in a splint for a few days, and then a cast for the ensuing months, same for her husband. Although, Tobi was still unconscious, his response to treatment was positive, which was a good sign. Sadly, the same could not be said for his sister. Dr. Alfred said her cerebrum had been affected in the accident. He could not tell to what extent yet, but he hoped it would not affect her memory. At present, it would be a miracle if she survived the night. Looking past the bleak situation, Kamiye sought hope.

Dominic did his last round on an anemic patient, before signing out, and handing over to the doctor on duty. He had far exceeded his shift time. To function perfectly the next day, he sure needed rest after the kind of day he had had. He finally called it a night. Just when he was wondering on how to retrieve his car so late, Eucheria produced his car key.  Sighing in relief, Dominic almost kissed her as she told him she had sent someone to retrieve his car. Dominic was so grateful, he smacked a loud peck of appreciation on his colleague’s cheeks, before walking out into the morning. It had been a really long day.

Shadows At The Crack Of Dawn-Episode 13

Shadows At The Crack Of Dawn-Episode 82