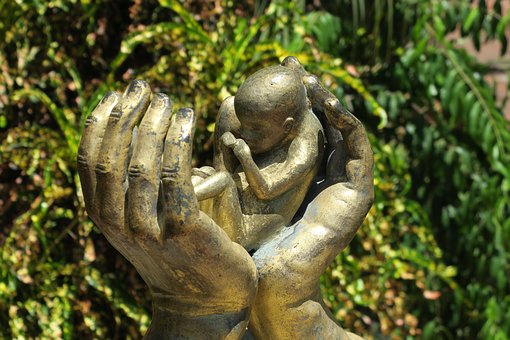 Too swamped by recent occurrences, Kamiye had barely given thoughts to the previous morning’s illness, until it had happened again at the hospital. Was she pregnant, she wondered, but that thought soon diappeared in the face of more important matters as the doctor returned into Dimeji’s room, for the first time reassuring everyone of his improvement. And as if to prove it, Dimeji had awakened for the first time since a deep sleep, looking foggy and pale as death itself. Only then did Kamiye breathe, as it was one worry down, leaving only the on-going rift between herself and Tobi, which made the thought of a new child even more unappealing.

In the past days, Kamiye had tried her best to keep the infidelity claims from Tomiwa and Dimeji, who had inquired about his friend upon awakening. Thankfully, Dimeji was too swamped in sedation to know the truth-for he’d always had a keen sense to read through her. Tomiwa, on the other hand, was nowhere in sight, he likewise would have been able to read through her, not only because her lying skills were terrible, but also because Tomiwa had begun to suspect more when in two straight days Tobi was yet to visit.

Tomiwa soon returned from breakfast, only then permitting Kamiye to leave, as she could now entrust Dimeji in safe hands. Her head throbbed badly as she left, and so she made a stop at the pharmacy for some painkiller, when seated there on the shelf and calling to her was the colorful pack of pregnancy strip. Without second thoughts she purchased one, deciding to run a test and get it over with.

Now back at home, and done with the test, Kamiye crouched dejectedly on the bathroom floor as she inspected the third strip in a row, the double lines clearly affirming the growing fetus. Kamiye’s eyes’ pooled as she watched it, and then gave to tears as she was swamped by a mixture of joy and sadness.

She was pregnant! Though she wouldn’t know how long, but it had to be recent. At last, she was with her much-desired child, except the much anticipated little being couldn’t have come at a worse time, Kamiye worried as she laid on the floor, her life playing before her in a jumbled mess.

First, there was blackmail which had not only led to a huge dent in her marriage, then Tobi’s unannounced exit from home. Just yesterday, she’d returned home with hopes of straightening things with Tobi, when she realized he had left without a trace. And then now, pregnancy?! It was as though all of her life was coming crashing before her.

Kamiye curled into a ball on the cold floor, splaying her hands against her stomach and gently ripping at the little being nothing more than a fetus in her womb as she allowed to be overwhelmed by the sorrows of the past forty-eight hours. For long moments, she laid curled in that manner, sobbing hard.

She could terminate the baby, she thought, the notion even more appealing by the moment, especially seeing that she and the baby were doomed to Tobi’s rejection. Logically, abortion would only save both her and the child from further pain, not only because it was innocent, but because she would never raise a child without the love and acceptance that it deserved.

But then, the budding seed in her was life was a human being, it had a soul and somewhere deep down she knew she couldn’t bring herself to hurt it or deprive it its chance at life, especially as it was no mistake. She was only a vessel, temporarily responsible for its protection, thus making it by far one of the biggest ordeal she’d ever had to face; not even that time when she’d had to come at logger-head with her father.

In one swift moment, Kamiye decided she wouldn’t hurt the child. The baby, like the rest of their kids had come to stay. She’d craved it, demanded and willed it into existence and she would nurture it. It wouldn’t be smooth, she admitted, but she was prepared for dark times, and at such times, she would be her strongest for them both. At that moment, it didn’t matter if Tobi would reject it or banish it-she was a woman of means and had more than enough to care for it. If push came to shove, she would single-handedly raise it, and at ease. However, she hoped that Tobi would accept it, not only because a father’s love mattered as much as a mother’s, but also because it was truly his.

The child would be sorted out later. But for starters, she had to win Tobi back somehow, get him to return home.  Still clutching her womb, but now protectively, Kamiye said a quiet prayer and dozed off on the floor where she laid, cherishing the little being’s place in her heart and vowing to protect it with all of her might.

Shadows At The Crack Of Dawn-Episode 110