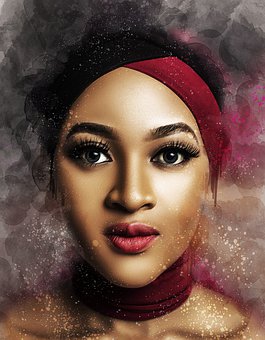 Tobi keenly studied the Nigerian map on the wall behind Tega. Once he could do a perfect sketch of it, back in high school he’d known all of its states and locations by heart and in fact, had won a couple of awards in Geography for that. But those days were long passed, days of high school crushes and his strive to be the coolest kid, soon replaced by adulthood and the worries it bore, like the on-going infidelity investigations about his spouse.

“The investigation so far has not been good.” Tega lifted from his paperwork instantly drawing Tobi’s attention.

“It seems they are probably having an affair.”

“Probably or actually? Give me facts Tega, Proofs, anything at all! We need more proof than that pool shot!”

In quiet deliberation, Tega carefully regarded his friend before sliding an envelope across the table to an eager Tobi who reached and tore into it in a heartbeat, his hands itching on the new discovery which was another shot of the accused, both innocently sitting at a restaurant, sharing a meal, really nothing much of proof until Tega shed some light.

“That was two months ago in Ghana.”

Briskly, Tobi’s head jerked upward. Shortly before the accident, Dimeji had taken a trip to Ghana, Kamiye had also traveled about then but to Port-Harcourt for a fashion week, he recalled. That by far was the only major trip Kamiye had embarked on that year. And so it didn’t make sense that she’d made it to another country when he’d dropped her off at the airport, and was certain of the show and that Kamiye had attended. So how can it be?

“That’s impossible. This year, she has only traveled once and that was that one time to Port-Harcourt for a fashion week and there were clips from it. I saw it.”

“Yes, she attended, but how long was she gone for?”

“No, the show was only for three days.”

Tobi’s frown deepened at those words, as tons of emotions flickered past his face as Tega continued.

“She took a flight from Port-Harcourt to Ghana.”

“And how do you know this?”

“I’m a detective Tobi. It’s my job to uncover such dirty secrets.” Tega solemnly said, seeing the man’s struggle with denial. “Think, when did she return and when did Dimeji?”

The answer sprung almost immediately. When Kamiye had returned, Dimeji had returned a day after, his action now clearly to ease suspicion. Panic shot into Tobi’s eyes, as he felt his heart stop. As he lifted back to Tega, he made no attempt to conceal his hurt. With the recent light of events, he wasn’t surprised, however that didn’t ease the disappointment deeply etched on his face.

“Relax Tobi. Don’t take any actions yet until all of this over.” Tega beseeched reading the man’s thoughts and watching with pity as Tobi started trancelike with a sardonic twist of his lip.

“He told me he was over her. I trusted him.”

“Well like I said, just hold on till all of this is sorted. This can only turn out in either of two ways; its either a set-up or its real.”

“What other proof do we need, until they are caught in the act?!” Tobi barked, his eyes flashing a quarter of fury as he banged his fist against the table.“The pool shots can pass, maybe even this one, but that she lied about her trip, that’s preposterous! How can she, my wife, be gone for five days without revealing the whole truth.”

“I know, I know.” Tega mentioned softly. “But please Tobi allow me to get to the root of this, it’s still too early to conclude. Like I said there are a couple of outcomes to this. There’s something we need to uncover here, it’s way beyond Kamiye and Dimeji, because as it appears, someone is trailing them, and with the happenings in the past months, someone might be after your family.”

Tobi’s nose wrinkled into a thoughtful frown. Not that he hadn’t considered it too, but then the thought of infidelity was too dominating almost making everything else seem inconsequential.

“Maybe, but Dimeji and Kamiye made it easier, they put themselves in compromising situations.”

Tega’s shoulders slumped with a dejected sigh, “Maybe I shouldn’t have informed you, I should have waited till all investigations were completed before letting you on.” He meant it, and from the look on his face, he seemed as though he would do just that.

Tobi was heaving now, his nostrils flaring as he tried to keep his brewing emotions in check. His eyes were dark and hooded as he swallowed his dissatisfaction on the job. One minute Tega was listing the possibility of things, the next he seemed as though to be pacifying him. To him, it had begun to seem as though Tega had no zeal on the investigation; like he was allowing his emotions get in the way of his job, And in fact, Tobi had begun to contemplate hiring another detective on the case, not as an insult to Tega’s competence but to speed up the investigation.
More than anything he would like to spit his displeasure to Tega, but he knew better. Tega’s words were simple and definite; any vicious outage would definitely turn him off and deprive him of other important updates from the man. But if things continued as they were, he’d be left with no choice but to hire someone else, someone not as involved with the family as Tega.

“You want me to be open-minded? Fine! I’ll keep an open mind!” Tobi snarled as Tega secured the proofs in his drawer.

“And have you seen Dimeji since his admission at the hospital?”

“No!” Tobi retorted, his face automatically contorting in hate.

Silence passed for a moment as both were lost in thought until Tobi finally spoke.

“I can’t tell yet. We’re still drilling her, but I really hope she is not involved in any way. ”

Tobi nodded. News about Tokunbo poisoning her newly engaged man was still too hard to swallow. Not only was she powerless to hurt even a fly, but there seemed to be no motive. But then, the tag ‘killer’ was never visibly inscribed on anyone’s head. He only hoped the truth came out soon enough to vindicate her before words got to the press, thereby crippling her father’s chances at the upcoming gubernatorial election.

“Man, it’s really hard to tell who to trust these days.”

“Yes it is. At this rate, do not trust any man because you will be surprised at what you can learn.”

“You included?” Tobi teased with a weak smile.

Tega frowned, at first barely catching the joke, but when he finally understood, he burst into a hearty laugh. “Come on except me of course, I am your detective.”

Shadows At The Crack Of Dawn-Episode 83

Shadows At The Crack Of Dawn-Episode 8