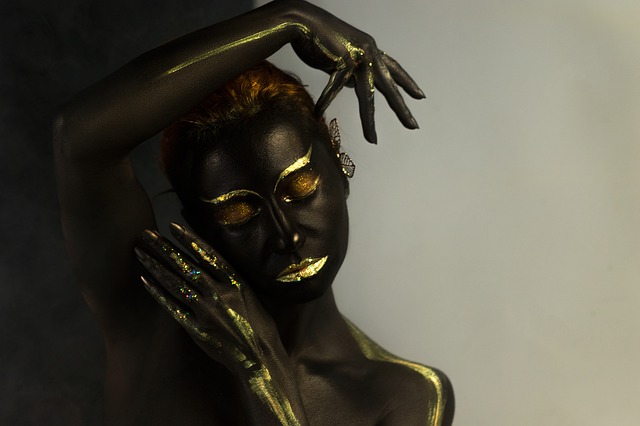 Aisha had always lived on the edge and had always considered crime exciting especially when she observed her victim from the dark, waiting and watching her opponent’s next move. She’d heard about the police raid in the neighborhood early that morning, she’d been informed of their tireless questionings about her, and for one who had never known attention of any sort, it was a great delight to see how she’d suddenly turned from a nobody to an overnight sensation. She wanted it to last even longer, a treasured moment and for that, she’d stay out of the police way as long as she could. If anything to add some more spice to the unfolding event.

Moving into Adam’s was the perfect move, there in the hood with allegiances she could count on, she would be safe. It was like a cult, a tight-knit family with an unspoken code of indebtedness to the other, that each always had the other’s back.

And with the knowledge of that, Aisha settled in the rowdy bar downing glasses of beer, her eyes carefully regarding the lot for a likely snitch, but neither seemed the sort.  If anything, she had a brief encounter with a couple of drunkards who advised that she lay low as they were all aware of the police’s search. No one attempted to ask her about the details regarding the police search, for here there was no saint here. Most in the pub were ex-convicts or had at a time been in her shoes.

Aisha enjoyed the evening alone, her eyes roving alert despite the leeriness of alcohol. She watched the drunk men at the nearest table brawl in the loudest of voices as they yelled for the waiter and one even suggestively tapping at her bum as she finally arrived, while making no attempt to challenge him. Aisha was well accustomed to that lifestyle. Once she would have even thought it funny, except time with Tomiwa had shown a different shade to life that now, she thought the men were lousy.

Aisha almost choked on her drink when a man suddenly walked in bearing such keen resemblance to Tomiwa, their differences were only more pronounced as he neared her. Only then did she start to breathe. She watched as he stopped with an intense scowl around the bar until his gaze finally settled on a woman and he matched briskly for her. The emotion that crossed his face was one of torment especially as the woman cringed on sighting him. Aisha had rightly guessed that they’d start a scene, for shortly after, the man launched harshly at the young woman who now scampered behind a table for some distance. All attention had turned to them, with no one even volunteering to help the woman. Each to his own was the quiet unspoken slogan.

The man raised his voice, extra-aware of the quiet around him. He was clearly enjoying the attention, his power more fueled by it. If not for the delicate investigation around her, Aisha would have risen to a challenge and fought for the woman, but since she couldn’t, she had to stay put and watch the man’s display, his eyes dancing with victory at having conquered the young woman now scampering out the door.

As though aware of Aisha’s glare all along, he turned directly for her, his domineering glare connecting with hers and momentarily softening in obvious admiration, but when he was met by Aisha’s challenging stare, he disappeared out the door. Aisha knew his type. As a kid, she’d lived with his kind, her mother a prime example of the victim who had dashed out before the man. But unlike them, at such young age of eight, Aisha had decided to be different, she’d learnt to stand her grounds, and hold a challenge even if it killed her. She had long decided she would never be a stooge for any man.

Except for Tomiwa, the voice in her head sneered.

A lot had changed since meeting Tomiwa, he being the perfect gentleman, the good man she’d never thought would find her attractive, but had fallen for her. And so she’d considered herself lucky and privileged, that she’d been blind or perhaps intentionally disregarded his flaws. She’d been swayed by his goody-good acts, so intrigued by him, so in awe that she must now pay for the stupidity of love. But life wasn’t all bad, it had left her with one punch line- a card she would play so well and make the best of.

And so she wasn’t surprised the police had come for her, she’d been ready for it, and had things at the tip of her fingers to weave however way she wanted. On this matter, she was a god. She would watch patiently as the drama unfolded, and with delight, watch Dimeji and his girl pay penance for all of those mean years.

Patience, Aisha told herself, downing a hearty swig from her bottle. A small smile formed on her lips again as she ran through her plans, and the monetary gain it promised. Aisha’s inside burst with ecstasy far unrelated to alcohol. She would make demands and take the best of the opportunity. If there was anything she’d learnt over the years, it was that there was nothing a desperate heart couldn’t do. She would cause her puppets to dance to her tune. And with that understanding, Aisha dumped her bottle with a thud drawing attention to herself and ignoring the rude and curious stares.

They wouldn’t understand, she giggled at her slight wobble as she rose, and kept herself in check again regaining composure. Eight bottles of beer could barely get her intoxicated. She was high on something else, something more, and with that excitement and feeling of invincibility, Aisha started out of the club on water, Naira signs clouding all of her sense. Life was only just about to get better.