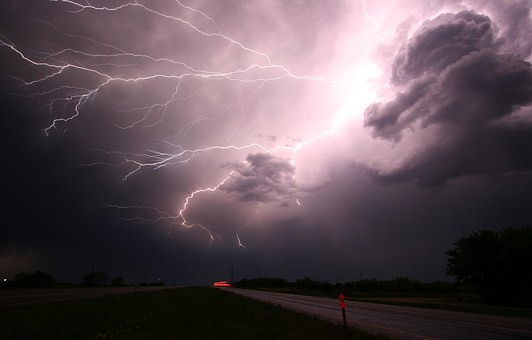 Dr. Dominic Ugbonna, ate lunch by his favourite spot at Nkechi’s cuisine; the window side. Giving in to his craving for some hot native meal, he had hopped into his car, and driven twenty minutes from the hospital to the restaurant. Seated in front of him now, was a half-eaten plate of garri, and spicey edikaikong soup. He let out a satisfied sigh, and grabbed a slice of meat, chewing as he pushed his plate away, and took a walk to a nearby sink to wash his hands, before returning to his table. He grabbed a serviette as he sat, and wiped his hands. Deciding to sit a while longer, he picked up the newspaper on the table, and thumbed through its pages to keep himself busy.

As much as he tried, Dominic could not get his mind off the little girl he lost that morning to leukemia. All day, his mind had kept drifting to Sarah. Being accustomed to deaths on a regular basis did not stop nor lessen the ache he felt at each death; one of the few downsides to being a doctor.

There had been something about Sarah. She was special in some inexplicable ways. Maybe it was her sharp wit, her smartness, her smiles, a combination of all three or maybe none. Either way, Dominic had found himself attached to the girl against his better judgment. It was really painful watching Sarah fight for her life. Such strength in one so young. Death seemed a reprieve. Ten years in practice, and he still had not gotten use to the occasional losses. Sarah was in a better place, and free from pain; he consoled himself. Still, knowledge of that did not erase the sadness he felt inside.

Over the years, he had learned not to get emotionally involved with his patients, but that did not stop him from getting attached to Sarah and her family.  Neither had it stopped his daughter, Kamsi’s friendship with Sarah; an action he is sure he would regret. Kamsiyonna had loved Sarah from first sight, and ever since then, had begged every Saturday for a weekend visit with Sarah. At the moment, the best he could do was to keep it away from Kamsi. There was no better way of breaking the news of Sarah’s death to her. But for how long, he wondered. Kamsi was only eight, but she has experienced so much loss in her life. First his wife; her mother, who had died during Kamsi’s birth.  Dominic had lost his jewel, but he had been given a trophy in its place. Still vivid in his mind was the inexplicable joy he had felt when the little being he and Kamsi had created was placed in his arms. He had loved and adored his baby girl from that moment on.  It was only expected he named their baby after her mother. She was pretty, and lovely too, a perfect reflection of her mother.

Back to the list of losses, there was the dead dog Billy, his and Kamsi’s friend for a decade. Kamsi had cried so hard he wished he could give life back to Billy; Billy had been her companion since infanthood. Thankfully, Kamsi still had him, his mother who had single handedly raised him since his father’s death about twenty-three years ago, her maternal grandparents, her mother’s siblings-Laura and Lydia, and their kids. They all never failed to shower her with as much love as they could offer.

Then there was his ever insistent mother- in -law who kept pressurizing him into remarrying, and adding to his small family. Most times, he wondered how his wife had coped with the woman during her lifetime, because Kamsi’s mother was such a big bug. In her words, ‘Kamsiyonna is lonely’ and she is right, Dominic admitted. That was the reason he had gotten Kamsi a baby sitter, who acted more like a big sister, and pampered her to the bones.

On the ‘wife’ thing, what he needed was to be cut some slack. He definitely is not planning on remaining single all his life, but he just has not found that ‘woman’ since Kamsi’s demise.  Besides, at the moment, he was preoccupied with more important things like work and Kamsi, there was no space for anyone or anything else.In truth, the past eight years were not spent in celibacy. There had been a few women here and there, but nothing ever serious. Fortunately, the women had known their place in his life, had taken it, and wisely had not pressed for more than that. Except of course for Linda. She had wanted more, a more he did not have or if Linda is to be believed, a more he is afraid to give. She had stayed the longest, an ‘on’ and ‘off” relationship for almost two years. Funny how time flies.  Either way, that break up was different. It was final.

Dominic signaled to a waiter in knee length grey uniform, and black flats. Only Nkechi would make a native food restaurant seem foreign, and the restaurant sure boasted of one thing: class. Staring at his barely touched meal, the lady asked nicely and concernedly, if anything was wrong. It took a lot of assurance from Dominic to convince her that the meal was nice as usual; he just had had his fill. He paid his bills, and left her with a very generous tip, nodding at her effusive appreciation, as she cleared the table. As she went away with the tray, the frown in her eyes as she stared down at the food, told him she was not convinced.

Dominic refilled his glass with water, took a sip, and was staring out the window when he heard the noise, and loud screech of a vehicle. It got closer, nearer, followed by a loud deafening collision. Impulsively, he bolted to his feet, ignoring the crash of his glass on the floor. All he could do was watch wide eyed, mouth gaping, as a black Lexus flew high in the air, covering the distance over a number of cars, tumbling three times in the air, before landing on its roof, barely missing the hood of another vehicle, causing a friction sound of tyres responding to hurriedly pressed brakes, as the damaged car continued to slide, and then finally came to a stop. Various screeching noises floated down the street, as drivers fought to bring their cars to a halt amidst the commotion. Dominic gasped in shock, raising a palm to his lip as another panicked driver lost control, his sedan going full speed, and ramming into the side of the already damaged Lexus.

Moving past the shock, and giving in to the surge of adrenaline, Dominic ran out, dialing the hospital ambulance as he raced towards the carnage hoping, for the victims’ sake, for miracle.

Shadows At The Crack Of Dawn-Episode 84