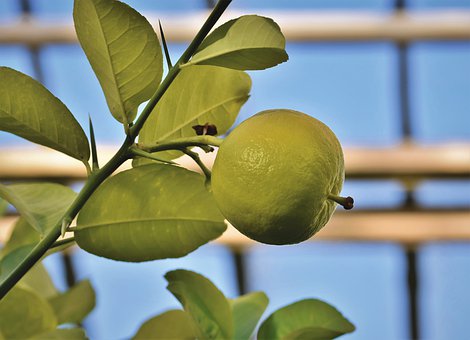 The tiniest silver lining in the midst of obscurity is always a delight and a breath of fresh air, I must confess. And that is what this phone call represents.

When my phone had rung with some foreign number and an accusation from the other end about severing ties in the past month, I knew the tone was familiar but couldn’t quite recognize the caller. Not even when Kamiye had tried, asking the woman’s identity who divulged that she was friends, more like family. Sensing the anxiety in her voice, Kamiye finally disclosed my accident and that I had only just retrieved my phone number.

The caller named Madam Gloria seemed kind, and her voice had softened upon hearing that, as she asked for more details about my situation. With an inquiring nod, Kamiye asked my permission, and I granted her because for some weird reason I somehow trust the motherly voice from the other end.

Madam Gloria’s tone held some warmth and kindness, and somehow it soothed my broken spirit. From the sound of her voice, one could tell she clearly cares about me.

The call was quite a lengthy one, as she cited meeting me during an accident at a time in my life, though I cannot remember, she explained that we somehow simply connected. From her conversation with Kamiye, we learnt about her two grown daughters and how she used to be my guardian before migrating abroad with her children.

Madam Gloria was clearly hysterical about the whole situation, and in spite of Kamiye’s assurance that all was well, she would love to hop on the next flight to Nigeria with her kids, but each was too engaged and the news somewhat sudden. But of course, they would make out time, she promised and wouldn’t even have it as Kamiye swore I was in safe hands. Although she’d been on speakerphone all the while, Kamiye passed the phone to Tobi to speak to her, but upon introduction, she gasped like she knew him when in truth neither had ever met. Beyond doubts, it was pretty clear that this woman knew much about me than I realized, which even makes the idea of her visit more appealing.

Her call ended shortly after and soon followed by two other international calls from both her daughters, with both women offering their love and support and a promise to visit soon.

With a satisfied smile, I turned to Kamiye and Tobi at the couch, both obviously pleased and equally eager to meet the party at the other end who appeared to have played some role in my life and seemed to hold answers to some of my past. Throughout the call, Tobi offered a stiff smile as Kaamiye relayed the accident, obviously uncomfortable with her stories, while I resumed thumbing through the pages of Dimeji’s parent’s remembrance program which Tobi and Kamiye had just returned from.

From the pages of the program, I notice Dimeji’s keen resemblance with his late father and Tomiwa’s with their mother. Until now, I didn’t know both were orphans. I might be amnesiac and might not remember much about losing a parent, but somehow I know that such scars take quite a while to heal, especially when the death was tragic like theirs.

“So the robbers were never found?” I asked, flipping through to the next page, with a picture of Dimeji and his father from happier times. Both appeared to have been pretty close.

“This is Nigeria.” Kamiye said with derisive laughter. She’d just filled me in on how both parents were shot cold blood on a robbery whilst traveling down a highway. It was believed that they had been side-tracked by robbers but since no one had been really there, no one could really tell. The couple at sixty and sixty-five still had quite some years ahead of them.

“Yes you did when we were kids,” Tobi announced as I glared at the somewhat familiar pair.

“Their mother was kind. She adored you when we were kids.”

I focused on the woman’s face and tried to remember her fore-said care, but nothing came. I gave up trying.

“You were at the remembrance last year, and two years back.”Kamiye said in-between a stifled yawn and directed me to a shot that pictured a plumper version of me wedged between Tobi and Tomiwa; I have truly lost some weight, I noticed, but my attention is soon caught by Tomiwa’s arm around my waist, somewhat intimately pressing into me than I appreciated. I hope for God’s sake that we were never an item.

“I have something for you.” Tobi called with a degree of seriousness that awoke my curiosity. And on cue, Kamiye retrieved a note from her handbag and passed it on to me. I opened it and flipped it over to the last page and on seeing its recipient, I hissed and dropped it. The last thing I needed was a note from Aunt Yemi.

It took Kamiye’s plea to get me to pick it up again. And I figured that whatever it was was probably serious. I opened it again and started to read through it, slowing at some point for a better understanding and indeed it did bring back a few buried shadows from my past. I winced at the memory of it. I know I should stop reading, but for some reason, I continue in spite of her excuses to win my forgiveness. Except no explanation was enough to erase what her husband had robbed me of.

“I’m not forgiving her,” I adamantly said, flinging the letter aside as I finished it.

As expected, Tobi’s gaze was expressionless, but then, I don’t blame him as he cannot understand half of what my life had been like.

“Please don’t say that.” Kamiye cajoled, and further ignoring my icy stare, Tobi began.  “I understand you’re angry. But I need you to take your time.” He calmly said like he was talking to a child.

“Are you kidding me?!” I spat, feeling betrayed especially by my brother who should in every case have my back. “So I should suddenly forgive her because she wrote a letter, whom for all we know, she might be lying?”

“Well I don’t care!” I snapped at Tobi hurt and betrayed. And for some reason, I knew this wasn’t the first of such conversation. “Please I don’t ever want to talk about this. I bet its easier for you to forgive her when you had an easier life.”

“Yes!” I jumped to my feet pissed, unaware of my angered trembling. “Like you had to endure some disgusting arm crawling over your skin or had to feel the pain every night, Like you had to go sleepless nights for fear of him returning for you again, Like you had to-“

“Oh stop it. You could have told someone about it but you chose to stay mute.”

I gasped, nearly choking on his words. Kamiye did the same, and then screamed a scold at Tobi.

He ignored her and went on. “It’s high time everyone took responsibilities for their mistakes around here and stopped pushing blames.” Ignoring Kamiye’s pleas, he went on “Everyone is at fault here. Aunt Yemi couldn’t speak about her torments, you didn’t say a thing to anyone, not even me when I visited. And no I am not supporting Aunt Yemi. And for the record, we all have been through one ordeal or another, the fact that we don’t talk about it, doesn’t mean we haven’t. Now can we all put the past behind us, and move on?”

My jaws dropped in surprise, as much shocked and pained at Tobi’s words. I took some slow breath, calming myself as my eyes stung with tears. I fought them, as I quietly slid into the sheets and closed my eyes against the last minute which seemed like a dream.

I could hear Kamiye’s voice quietly berating Tobi for what he’d said, the soft click of his crutch and then the closed-door afterward announcing his departure.

Kamiye was soon beside me, apologizing for what had transpired between her husband and me.  I didn’t respond to her and soon after a light peck on my cheek, she was gone as well. Finally, I opened my eyes, realizing the truth in Tobi’s words. But then, letting go shouldn’t be that easy. Not after everything.

Shadows At The Crack Of Dawn-Episode 28

Shadows At The Crack Of Dawn-Episode 50