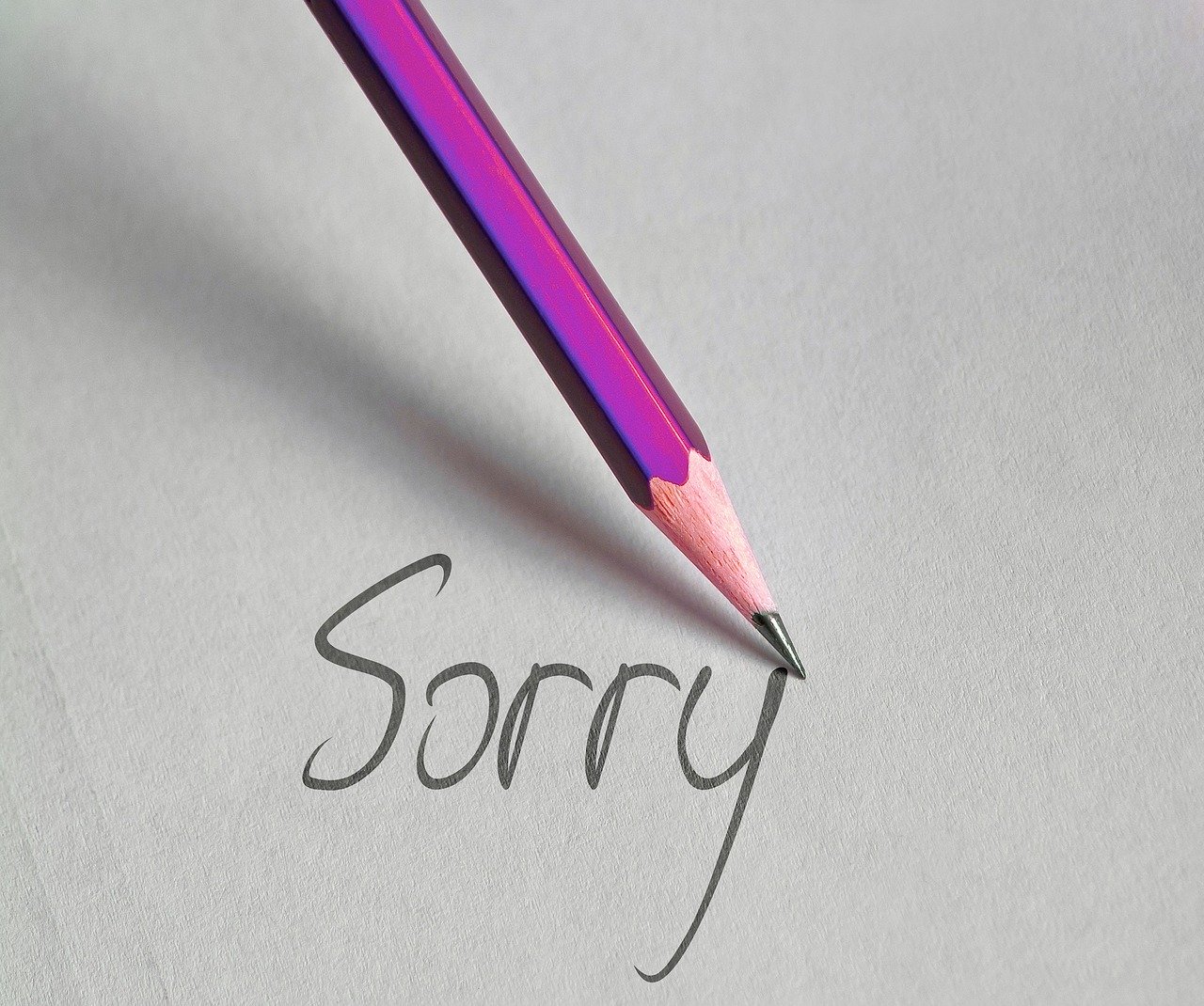 ‘I’m on my way ‘ Tobi drafted a quick SMS to his aunt Yemi as he slipped into the back seat of his Prado, and Wale kicked on the ignition, as both were soon speeding down the road to her house. Thankfully, she’d dropped her phone number behind the letter.

Through the ride, Tobi was quietly seated as he stared out the window thoughtfully, and as they neared Yemi’s neighborhood, he was again reminded of the poverty in the country which was somehow too easy to forget when surrounded by wealth and affluence in a highbrow area.  Yemi’s neighborhood was a strong reminder of his past living conditions. He knew just how bad it could get here; the theft and violence rate, insecurity in an utterly dehumanizing environment, and he could never get past the fact that Aunt Yemi was now a part of it.

His heart bled with pity as they passed a couple of kids, mostly in ragged hand-me-downs, playing in the sun with little care for the world around them.  Most would probably end up like their older ones, wasting away whatever little resources in cheap gambling and drinking out their lives on cheap gins, while those who chose to be more or something for themselves will have to work twice as hard like he had.

Every now and then, a couple of kids would stop, riveted at his car with an enthusiastic wave at it that caused a wry smile on Tobi’s lips. One could easily tell such cars rarely visited the area, and were probably only seen in movies.

Soon, they were at Yemi’s street and Wale slowed down, for they didn’t know which house was hers and so he dialed her number to ask, while he sat in his car with an alert gaze out the window. Yemi answered on the fifth ring and soon she was dashing out of an uncompleted building in a rumpled oversized shirt paired with faded Ankara print wrapper around her waist and a contrasting scarf around her head.

The flood of a few days back had dried a bit, and so they could make it past the marshy grounds towards her. The car finally came to a stop and with careful steps, Tobi alighted, ignoring Wale’s volunteer to help. Yemi’s concern was all too glaring as he made it past a thin plank over shallow congested drainage, and only when he successfully crossed it, did he finally start to breathe.

“Good Afternoon.” She nervously greeted, wiping damp hands over somewhat damp wrapper, her eyes nervously darting anywhere and everywhere but him. He figured she’d been busy with laundry.

“Good Afternoon,” he responded with a small respectful dip which obviously came as a surprise to her. Considering their last meet, he knew she sure expected some condemnation or insult, but not a truce.

“Can I come in?”  He asked dismissing the flash of hesitation in her eyes before she nodded, and together, they made into the uncompleted home. The building was just like he’d expected; a familiar hallway with rows of room apartments facing the other, in a brotherhood fashion, commonly referred to as the face me and face you which afforded no tenant any real privacy. A glance afar, he knew towards the back was a shared kitchen and adjoining bathrooms and restroom usually a pit latrine with a pungent smell that seeped into the hallway that Tobi held his breath.

Yemi’s room was the second one to the right and stiffly, with her back to him, she unlocked her door, aware of his close peruse of her home and its surrounding.

Yemi’s room was small, its furnishing kept simple; a small center table, a cushion sofa and a raffia palm knitted seat, a tabletop sized refrigerator, two lone sofa’s with metal strings pulling out of them, a mini-sized bed and a TV. The room was neat too, which Tobi was the least surprised about. Yemi was always a sucker for neatness, like he remembered.

“Come, sit here.” Yemi uncomfortably directed to the man taking a quick inventory of her home.

But instead, Tobi matched across the room. His eyes had caught something; a framed picture sitting on the TV top. The shot which captured a younger Yemi and the family struck familiarity. In fact, he faintly recollected the day the shot had been taken. It had been taking on a Christmas morning many years back when Aunt Yemi had come to visit. He’d been about ten and Pelumi four.

In the picture, Yemi and their mother were seated side by side, a giggling Pelumi sat on their mother’s lap with him snuggly placed beside his aunt as though he never wanted to let go. Definitely happy times, he remembered, reaching for the frame and closely studying the chubby, innocent bright-eyed Pelumi.

He’d been happy too, carefree, and too believing but unknowing of what the future held, none of them had.

Mutely, he lowered the frame, keenly aware of Yemi’s silent study behind him, as he finally occupied the only sofa in the room closest to the window. The way it dipped with his weight was alarming, and he fought his shock to no avail.

“What can I offer you?” Yemi asked. But he shook his head, quietly declining.

“Please sit.” He simply petitioned, recognizing the nervousness in her eyes, and a strange knot in the well of his stomach. Without hesitation, she obeyed, perching on a side of the neatly laid bed with a natural poise. Tobi watched the bed crease where her weight gathered most, impressed at her yet ramrod-straight posture. As he remembered, she’d always been particular against slouching and bent on instilling good etiquette into him and Pelumi. She seemed to have succeeded, for most times, he found himself sitting that way more out of reflex than planned.

For a long moment, neither spoke, the silence further heightening the tension in the room.

“I figured.” Her voice came as a low whisper.

There was silence again, but short.

“How did Uncle Fidelis die?”

“Heart attack.”She divulged and quickly added as his eyes pressed in on her. “Don’t worry, I didn’t kill him. But I wouldn’t lie that I wasn’t tempted to.”

Tobi nodded, least shocked by her confession. Were he alive, he would have felt the same. “So no one else knows about the dead woman?” Tobi queried for clear confirmation. She looked away, her pained expression voicing her displeasure on the topic.

Reading her expression, he softly assured. “I’m not here to criticize you. I just wish there’d been another way.”

“You think I was happy doing that?!” Yemi lashed, self-condemnation and a hint of fury stealing into her eyes.

“No! I didn’t mean it that way-I’m sorry, that came out wrongly.”

Just then, her gaze softened, and she turned to him dolefully, her love and concern for him bared open in her face, resulting in an unwelcome tug in his heart, and when she took a quick excuse to check on her meal, Tobi couldn’t be any more relieved.

What had he expected, of course, she’d want to buy her way through pity, he mentally snorted and for the next few minutes, watched Yemi unload the pot from the stove, and then put out the red flamed fire with a handful of water. It died on the second douse but left a disturbing smoke in its wake.

With a fervent apology, Yemi ran to the window, throwing it further open for clear ventilation. Gradually, the air started to clear.

Yemi had prepared rice; the famous concoction rice with no garnish and a lot of processed tomato and dried pepper, both of which were responsible for its red color. His visit was unexpected, had she known of it earlier, she would have prepared something special. She explained, offering him some food, and was unsurprised about his polite refusal.

She didn’t push, for she didn’t want to expose her penury in the bland meal. And so for that, she’d eat after he was gone. And with that decision, she kept the pot in a cupboard, in a bid to keep it warm till whenever.

“Sorry.” She apologized again, returning to her earlier position on the bed, her attention fully directed back at him.

“So, what happened? Why did you move here?” Tobi swept a quick look round the room, yet appalled by her living conditions.

Looking into the distance and fiddling with a hem of her wrapper, she began. “Fidelis died, I bore no child for him, and when a mystery son appeared from nowhere after his death, it turned out the whole family knew of his existence, except me. I was thrown out.” She finished off with a sarcastic snort that feigned nonchalance, except Tobi wasn’t deceived.

Realizing there was nothing more to ask as all that had not been put in writing had been said in words, Tobi studied her worry lined face. Yemi was aging fast he noticed, there was so much pain and misery in those eyes that he knew going over her letter would solve nothing but only tear open old wounds, which wasn’t really his intention.

Drained of further words, he rose, starting to leave. Yemi passed him a surprised and confounded glare as he explained.

“I just wanted you to know you are forgiven and I hold nothing against you anymore. Pelumi is the one who truly needs your forgiveness. I’ll be seeing her later in the day, and I’ll give her the letter.”

Yemi nodded, whispering her thanks and averting her gaze so he wouldn’t catch the tears in her eyes. She’d risen too now, but unable to control herself, she allowed the tears flow as she watched him leave. And then he stopped at the door, battling the urge to pull her for a hug as they both glare at each other. Yemi’s tears now flowed unashamedly, pouring her pain and sorrow in big slaps down her cheeks.

“I’m sorry about how things turned out.”

Tobi’s heart broke for the pain in her voice. Their gazes locked for a moment longer, and then unable to take any more of the crying woman, Tobi left.

Shadows At The Crack Of Dawn-Episode 81

Shadows At The Crack Of Dawn-Episode 103