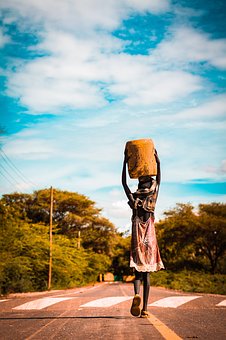 Thank you for taking out the time to read this. Heaven knows how much this means to me. And without further ado, I’ll delve right into the matter.

I’m aware of your hate for me as I’ve seen in your eyes many times, and I know you possibly think the worst of me. But nothing hurts me the most as knowing I have failed you both-my babies, and my sister Olaide. And so I’ll like to begin by apologizing to you, especially Pelumi. I understand no apology will be enough to right the past, or turn back the hands of time though I wish it could. But with this note, I hope to shed more light to events and occurrences from the past that you never really understood.

I know it’s too late for wishes but I wish I’d been braver, I wish I had stood up for Pelumi more than I had. I should have shielded you from Fidelis, I should have fought him with every ounce of my being. And nights and night again, I’m yet haunted by your helpless cries Pelumi. That torment I will have to live with forever.

I will never forget the look of despair and disappointment in your eyes that last night I saw you. But what you never knew was that we were both slaves, victims of the same captor, except in varying forms; I had married the devil and there was no freedom for me.

A trip down memory lane, far back in 2000 when your father was sentenced to jail, you were so young, you probably wouldn’t remember my adamancy on taking you in. Back then, I had strongly insisted you stayed with your paternal relative but as you were never close to any, and in your ignorance to my plight, you ran after me with tears in your eyes, that I knew I had no choice but to raise you, and I’d cried too. Innocently, you’d asked why I was crying and I had told you it was for my sister’s demise and what had become of your family which was part truth. But in utter truthfulness, I was crying for us; our survival. Prior to then, I had done a terrible job of caring for myself, how could I possibly care for you? From the first day, I knew it was an impending danger, but I didn’t know to what extent. If I had, I would have insisted you stayed with someone else.

Marriage to Fidelis had been a farce. It had been a painful roller coaster ride, from one hurt to another, and as much as I’d love to put all of blames on him, I have learnt to take responsibility for my actions and all that befell me. And so I will say my losses, and regrets were as much my doing as Fidelis’.

Fidelis wasn’t always the monster, and contrary to perception, I wasn’t with him for the money. I fell in love with Fidelis, a regular penniless partner. I was a loyal girlfriend, even before he became a multimillionaire. Time and time again, before he had a penny to his name, I had taken in for him. We could barely care for ourselves, talk more of an extra mouth and so since he first proposed abortion, there’d been little hesitation about the eight others that had followed. Except he didn’t know that the last one had left a dent in my womb and closed off any chance of child-birth, until later into our marriage and that was when he changed.

Fidelis was mad when he found out about my damaged womb that he hit me for the first time and I excused it. I guess some part of me agreed that I deserved it for my deception. But when he began to spite me with an extra-marital affair, I flipped and I suffered greatly for it. That was probably the first and last time that I ever challenged him. He rubbed his love for her to my face, and flaunted their affair, and out of jealousy and rage, I gave to murder-I poisoned her.

Somehow, Fidelis figured it was me and from then he made life a living hell. He wound me as a puppet in his strings, constantly threatening to expose me, and with such blackmail, I could never really oppose his wrongs, yours included. And so he got away with a lot of horrible things, but you were the last straw- he broke me with you. He knew I could never expose his molestation because that would automatically mean exposing my crime. I know that sounds outright selfish, but if I were as brave as I am now back then, things would have been different.

I had suffered his ill-treatment towards you. I still do not know how I had survived your tortured cries. And when I couldn’t have anymore, I challenged him damning all consequences but that did not help, for I had taken a whip for it and you’d only been man-handled even more. And so I was forced to keep mute and feign ignorance to it, living as though it was normal.

I couldn’t face you back then, I still cannot.

Oh Pelumi, you’ll never know my inexplicable joy when you fled. Although I’d suffered for it because he was certain that I had influenced it. I truly wish I had influenced it, for then, I would at least have known where you were spending the rest of your growing years. I searched for you, in the newspaper, on every child in the street and when days, months and years passed and you didn’t surface, I could only pray that you were safe.

But now, I am glad that you were not found, for then, I do not know what would have become of us or if you’d be anything close to who you are now.

Oluwatobi, my greatest mistake to you, was lying to your face. I do hope you now understand my incapacity to share the details of your sister’s unannounced disappearance. Words aren’t enough to express how sorry I am.

With all said, I do hope forgiveness is not entirely out of reach. This moment is all that I had ever prayed for, that the Lord presents me an opportunity to apologize for my wrongs. I’m glad he answered and now I can only hope my sincere plea speaks to your heart.

I’m sorry you both were victims of my weakness and no matter your impression of me, in my heart, you both will forever be the children I never had. I love you both, and I’m proud of the persons you’ve become.

Frozen, Tobi watched the note drop to his feet as he fought the pity that had begun to barge its way through his tough resolve. Undoubtedly, a part of him had been touched by the note as Yemi had provided a glimpse into her life; it felt as though he understood. But he shouldn’t.

Somehow he knew she was telling the truth. He further believed her because he recollected while growing up that she’d run to his mother tearful and both women behind closed doors would hush out consolatory words. Even then, he’d known she was suffering, but he’d never known just quite how much.

Tobi’s shoulder slumped in quiet resignation as he thought of Pelumi, and in spite of the cool air, he brushed off beads of perspiration from his temples suddenly feeling hot.

Pelumi was hurting and still very much traumatized from her rough years at their aunt’s home, and here was their aunt bearing out her own hurt too. He shouldn’t have read the note, he concluded, as he’d longed sensed reading the note would bring trouble. Of course, Yemi would naturally try to vindicate herself, he scoffed as he pushed off his study desk, and turned to the window looking out his home grounds in silent confusion, wishing the last eighteen years of their lives were non-existent, and just a nightmare he would wake up from, except it was their reality.

He would see Yemi, he decided, returning to grab the fallen note and pushing up almost too quickly, that it sent pain shooting up his leg, a silent reminder of his hurting leg. Slowly, he managed a limp enduring the pain that soon receded. And with the doors locked behind him, and its keys buried into his large baggy shorts along with the note, he started out, running a quick check first on his sleeping wife. Quietly, he shut the door not wanting to disturb her. He would fill her in about it when he returned. But first he needed to see his aunt.