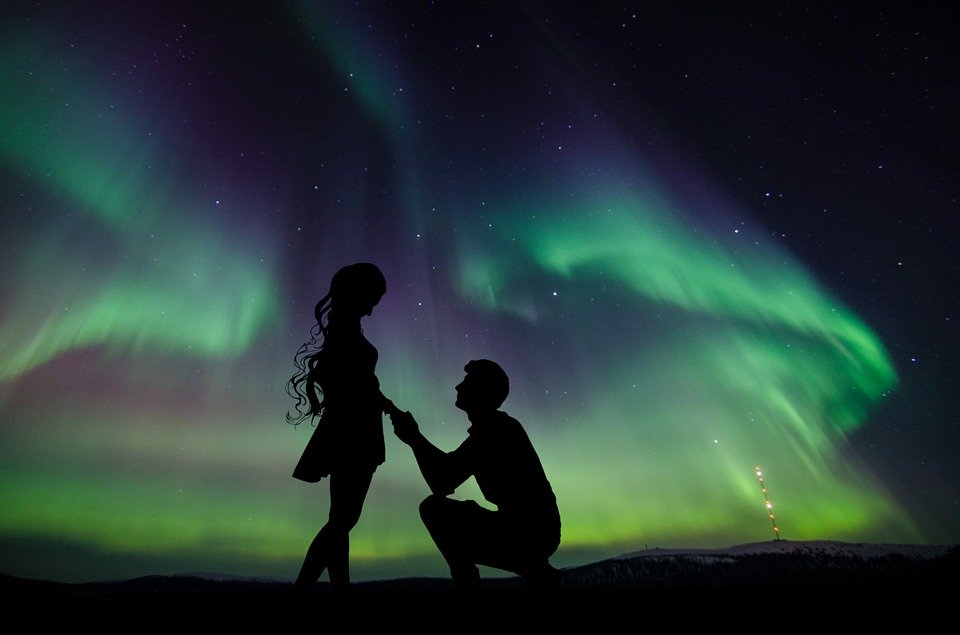 I’ll be discharged in a week if going by Dr. Eucheria’s speculations. I am nervous, and what an irony it is, as leaving was all I ever wished and dreamt. But it is only normal to fear the unknown.

I am yanked off my reverie when the pillow hits freshly made sheets, and in reflex, I turned to the maid at work. “Sorry.” Tolani flashed me a apologetic smile as she continues with her task now drawn to the floor. And with the same enthusiasm with which she did everything else, she mopped the grounds humming an unknown yet uplifting tune that clearly radiated her internal peace. And for the next minutes, I took delight in watching her do her job in bubbly ebullience and a keen content as though it was the very best in the world.

Tolani’s joy was contagious and soon I find myself warped in it, wondering how she seemingly manages to weave through life without worry.

“Nothing o.” She beamed, displaying cute sets of teeth with a wide gap at the forefront. “I just try to be happy and see the best in every situation.”

That was it, such bland and simple technique, yet workable. Maybe I could try it, and I start by first being thankful for life, a great family, and the kind-hearted doctor who had saved me from the wreck. I couldn’t help but think about the doctor and what courage it had taken him to save me and my brother, and as usual, my insides explode like a firework. For a moment, I wonder if he feels the same twitter too. Definitely not! Which is another reason why I need to return to my life, and mute him out of his existence.

My life outside of here was already planned. Madam Ubi has cheerfully offered me back my place at the ‘Times’. She and Eniola had promised to coach me until things return to ‘normal’.  Everyone appeared so optimistic about it all, except me. Because for some reason, I have begun to wonder if Journalism is what I really want. But since I have no answers, I would only hope that returning into my old life and familiar terrain should help with the rest of the missing puzzle.

The maid’s phone rang, an extremely disturbing tune, involuntarily drawing my attention as she dug for it from her blue checked overall, her face boasted a glow as she coos to the caller with an unusual fine-tuned voice. The caller was special you could tell from the rise in her demeanor. I turned away feeling like a voyeur spying on some intimate moment.

But yet again she gained my attention when suddenly she dumped the mop to the floor with a loud crash, its sound overshadowing her gasp. Tolani was frozen, stilled in shock. And as I readied to spring to her rescue, her face split an unmistakable joy as she whispers ‘yes’, her affirmation growing insistent with the moment soon followed by a lengthy proclamation of love.

The call finally ended, and her eyes were brimming with tears as they sought for me. Dazed, she darted across the room, crashing into the couch beside me trance-like.“I’m getting married!”  She launched, and without leaving me room for congratulations, she continued confessing her insecurities and doubts from the moment her man had emigrated the country a few months back. They’d dated a while, she explained, over three years before he’d departed. When I ask what country her ‘man’ was at, “America.” she proudly supplied. And I smile back, realizing what great achievement this meant to the woman.

“I can’t believe he is coming for me. I thought he would forget me.” she breathlessly babbled, clasping my healthy arm. “I thought he would dump me for one oyinbo like they always do. But he is different, he said he is coming next month to pay my bride price. See!” She pushed her cell phone to me, flashing the foreign number on her screen as if in proof.

‘I understand.” I muttered in sincere happiness for what was clearly a dream come true. For the next minute, I listened as she talked about marital ‘responsibilities’, financial security, a good life, and the American dream. It was clear she loved the man, but no doubts she also saw him as a gateway off penury which wasn’t such a bad thing given her circumstances.

“My father was already getting worried o. He thought Debo was not serious, he was already looking for another man for me to marry. See me now, I’m not getting any younger. I’m twenty-four o. I don old finish.” She ended in pidgin English.

I watched Tolani in pity, “You truly believe you are too old at twenty-four

“Yes.” She responded with an outrageous look, her stun visibly telling her awe on a matter I should know about as she enumerated the perks of marrying in her prime, the eventuality of losing her appeal in later years and the near impossibility of finding a man by then. As I listened to her, I realize this is perhaps the thoughts and beliefs of every woman since I have awakened from Amnesia. And since I am bias to the subject of marriage, I start to question if I am actually normal. But of course, I wouldn’t share this with her as each was to his own.

Soon, the maid was gone, her presence soon replaced with Tomiwa who had come baring breakfast. We had little to talk about, and most of the time, breakfast was shared in silence. Thankfully, Eniola and Kamiye soon arrived, and I couldn’t be any more thankful.

On seeing Tomiwa, the kids were a delighted bunch, as each claimed a seat on his laps. The same, however, could not be said of their mother, as a bespeaking tension laid amidst the pair. Tomiwa’s response to Kamiye’s greetings was strained, and soon to the kid’s disappointment, he pushed to his feet, announcing his departure. Kamiye followed after him, muttering some quiet words as he simply brushed her off “It’s fine.” And left with the same distant air.

“That guy has been crazy about you since I can remember.” Eniola huffed. “And the way he looks at you. My God! You know it’s not every day a woman finds a man that crazy about her.” Eniola somberly infused.

But they’d never understand my numb feel towards Tomiwa, or any man at all, except that one who was stubbornly pressing against my tough defenses.

“Oh my God!” Eniola gasped again and from her big, wide-eyed glare I realized I must have muttered my thoughts.

“Did you just insinuate you like someone?” Eniola’s subtly prodded and Kamiye’s head made a slow bob, her eyes gleaming interest as she led the kids far away to the TV. And soon she was back.

“Oh my God!’ Eniola continued now ecstatic. “You haven’t left here in two months,  so it’s definitely a known face!” She concluded, earning another nod from Kamiye who was smiling herself, her eyes glinting some secret.

“It must be someone close.” Eniola continued as she tried to grasp. “Someone within these four walls very likely, someone…” she trailed and then when she gasped with a knowing look, I knew I had been discovered.

“Dr. Dominic?!” She shrieked, lowering at Kamiye’s hush. However too late as the boys attention had been briefly drawn. But thankfully, they returned to the show on TV.

“Dr. Dominic?” She whispered again, this time of sheer certainty and I am smiling now, somewhat amused myself.

“I never said that.”

Even in the quiet, with both women grinning I feel ease, relief and no shame whatsoever for my bared secret. For in those eyes were neither condemnation nor criticism.

“Wow! So you finally found love in the strangest of places. Now, who would have thought?” Kamiye teased, her first declaration since its inception as Eniola cooed her excitement as she’d begun to think me inhumane.

“I never said I’m in love,” I interjected, feeling the need to clarify for fear of those four words.

“Feelings, affection, whatever you call it. What matters, is that you feel something for someone, and that’s a good start. You shouldn’t fight it Pelumi.” Kamiye advised. Further revealing that she’d sensed my attraction long time ago. If I was that easy to read, I wonder how many would have sensed it.

“It’s okay.” Kamiye started an obvious attempt at dousing my fear. “It’s not obvious for the world to see. It’s just…I know because I’m a woman, and somehow, you just know these things.”

Her words though reasonably spoken did nothing to allay my fears or offer comfort.

“So what do we do about this?” Eniola pitched bobbing in her seat and rubbing her palm with renewed zest.

“Nothing.” I flatly offer to her disappointment, and like a deflated balloon, her countenance fell.

“I’d like us to keep this a secret.” I continued “Inexistent even as I don’t know what I feel for him yet in clear terms. So for now, I’ll appreciate if this is kept a secret.”

Both nodded in understanding, Eniola’s with a dour pout and Kamiye in patience.

“Because if he feels the same way about you like I think he does, it’s only a matter of time till truth emerges. I’ve seen it in his eyes.” She relayed, referencing his recent fill-in’s for Dr. Eucheria for proof. “That look Pelumi was not just that of concern from a doctor to a patient. It was pretty intense, a blind man would have sensed it.”

My heart flipped at that. I must confess that I am elated by the mere thought of it.

“Well, well this is getting even more interesting.” Eniola straightened in her seat charged with excitement. “This is going to be a very interesting unfold and I just can’t wait.” And on a bout of wishful thinking, she posed a most preposterous idea.

“Or you can just tell him,” Though the gleam in her eyes showed she was teasing, a possible consideration lurked somewhere in the depth of her eyes. But she laughs it off and continues. “But really, I don’t see anything wrong with having to take the bull by the horn and being upfront with your feelings to a man.” she turned from my expressionless face to Kamiye’s.

“Are you sure you want to know my thought?” Kamiye started.

“Personally, that doesn’t sit well with me. Maybe because I am African and so culturally inclined, but I just feel like there are a thousand and one ways to pass your message across without being upfront. I mean there is the feminine wile.”

“And what if he misses it, that somehow he just doesn’t grasp it?” Eniola pushed.

“Well if you bring on your A-game, a man cannot miss it, except he chooses to.” She supplied with a subtle smile on her lip, and when Eniola frowned in disagreement, Kamiye starts unimposing. “Right and wrong really are relative. But personally, I’d rather go about ‘wooing’ with my wiles and intellect.”

“Like I said, right and wrong are relative and this does not undermine your own perspective.” And then to me, with a glint in her eyes. “Please don’t you dare go all out on Dr. Dominic, I’ll kill you.”

“Not on my life!” I puffed as the room burst into another round of laughter.

Shadows At The Crack Of Dawn-Episode 84