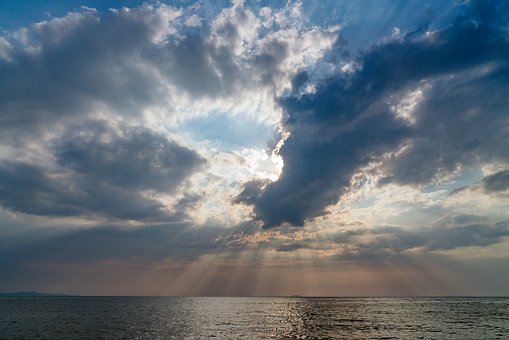 One more talk of forgiveness, and I am going to snap. Unable to take any more of Tobi and Dimeji’s lectures, I stormed out the door in anger. “Pfft.” Can they just stop talking about it? It has been two years since I allowed Tobi back into my life. By now, one would expect he has got the point: I am not interested in going down the ‘family-bond’ lane. A million years of persuasion would not change my stand. Blinded by rage, I bumped into Tomiwa as I ran down the stairs, causing him to trip, save for his quick grab of the banister for support. With only a fleeting look his way, I rushed off, ignoring his surprised and shocked stare as he steadied himself, regaining balance. Back in the day, a mere glance from him got me all jittery; my age of innocence. That is long gone. Life has tossed me up and down, leaving a cautious and mistrustful Pelumi in its place. Now, I feel nothing for him, and no other man at that.

To everyone, I am damaged and messed up, but I disagree to that, strongly.  Contrary to many opinions, I am only in touch with reality. You know that first law of motion “for every action, there was an equal and opposite reaction”. Well that was the perfect and logical explanation for my mien, I was only reacting.

I still cannot believe my brother, who I trust, had tried to lure me into paying Father, that murderer, a visit. Never! I vowed for what must be the umpteenth time. Nothing would ever make me do that! I hit the base of the stairs, and marched on to the parking lot. Multiple footsteps trailed behind me.  I know whose they are. Tobi called me once, a second time, then at consecutive successions, not giving up irrespective of my silence.  I shook my head in anger, and scoffed in disbelief, still not answering. I had thought Tobi understood me the most. I had thought he respected my decisions. Obviously, he does not.

His choice to forgive the man who murdered mother, and being on talking terms with him, is his business, which I have no problem with. However, conniving with his crazy father, and trying to force me to play along like the last eighteen years of my life never happened? That is so unacceptable!

I am twenty-eight years old; an adult totally entitled to her own rights and decisions. Not to forget that I have been in full control of my life, for as long as I can remember. I am not about to let anyone tell me how to live it. Not now, not ever, not even my big brother. I stood fuming by the passenger door of Tobi’s black Lexus, my back to him, also shutting my ears to his apologies. If only I had come with my car, I would have been long gone and not had to endure the past twenty minutes of prattle.

Tobi caught up with me, placed his hands carefully on my shoulders, and spun me gently so I was facing him.

“Please open your car. I want to get my purse,” I rasped.

“What? I…” he stammered in confusion. “Where are you going?” he demanded.

He did not budge, so I shook his hands off my shoulders and stretched out my palm, silently demanding for his car key.  We glared at each other, neither uttering a word. Amusement danced in Tobi’s eyes, his lips seeming to be holding back a smile. This infuriated me to no end.

Tobi reacted first, letting out a deep, slow breath. “Pelumi, I am sorry.” His mouth still twitched from his suppressed smile. He does not mean that apology. I really wanted to jump right at him, and dig my nails into his face. I gave into my ego, and decided not to let my anger at his amusement show. The last thing I need is granting Tobi the benefit of knowing how well he had got under my skin.

He spoke with sincerity this time “I’m sorry I tried tricking you into seeing father. I only thought…” he trailed off with a wave of dismissal. “I promise you it won’t happen again.  I only thought you’d understand that father-“

“What’s there to understand, Tobi?” I interrupted.

“That it’s high time you got over your anger at father” he replied, matter-of-factly, and then his eyes softened again, a solemn expression on his face. “He hurt us both, but trust me; it’s easier if you move on. Besides, it’s been years since mother’s death. Father is the only one we have left”.

Again, he had that crazy smile on. I really wanted to whack him on the face and wipe off the stupid smile.

“I can’t believe this.” I shook my head, and snorted in disbelief.  “Just listen to yourself. It’s crazy enough knowing you’ve moved past mother’s death. Well that’s your decision. Your decision.” I screamed, poking a finger to his chest “but trying to deceive me into seeing him is the height.” I threw my hands in the air in total exasperation. Faced with his unyielding glare, I calmed down, wanting to sound reasonable, and perhaps he would get the point this time. “Tobi, I’m never going to see father, and I’m never going to forgive him” I said unblinking, jutting out my chin in fierce determination.

This time, he stopped smiling, but his eyes still twinkled in amusement. Tobi definitely enjoyed seeing me mad. “You know what, just let me get my purse.” I gave up. There was no way I could have a reasonable conversation with him. Not when I feel like bashing his head in. “I’ll take a cab home, and you can go visit your father.” I said on the last word with sheer disdain.

Tobi neared me and tried to reach for me, but I pushed him away, ignoring the feigned look of dejection on his face.

“Okay, I’m sorry. I’m sorry I lied to you. That’s never going to happen again” he said. He drew close again, but I stepped away, folding my hands across my chest. I wasn’t going to let him off that easy.

Dimeji finally intervened, sick and tired of being only a bystander “He is sorry,” he said. Yet, that very annoying smile was right here on his face. I guess I was the only one missing the very ‘unfunny’ joke. Enough conversing with these two. It is hopeless.

“He only wanted to bring everyone together. I’m sure he won’t bother you again,” Dimeji ventured carefully with a quirked a brow at Tobi, who in return gave him an almost believable earnest, affirmative nod but I know better.

He reached for me again, and this time without a protest, I let him put his arms around me like he always did when we were kids.

“I’m sorry,” he whispered into my ears.

My arms remained folded across my chest. I was not returning the embrace; I do not want to.

Shadows At The Crack Of Dawn-Episode 68