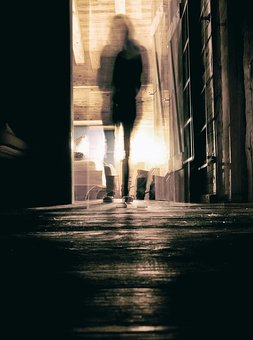 Two days had come and gone, with Pelumi yet to make an utterance. And not once through all of those times, had she been left without company. At evenings, the whole family assembled round about her. Tobi too was a regular, he’d set aside his feud to be with his sister who was suffering a pretty bad relapse. This was nothing like he’d seen, not even that time she’d awoken with amnesia.

This time, Pelumi was numb and unresponsive. She was distant, seemingly lost and barely made a ruse about the opposite sex. Her only reactions when there was any, were a few mindless murmurs and her continued blank stare that resulted in Tobi concluding her case a severe mental illness.

On the third day, Tobi had finally had enough of waiting, and in spite of Dr. Halima’s positive assurance, he was still not convinced.“She needs a psychiatrist!” He fiercely surmised the case as well above her.

From where she was seated, Kamiye somberly watched the exchange with tears in her eyes. Her eyes conveyed as much suffering as the woman on the bed; one would almost think she was a victim of the afore-mentioned. But in a sense, she was. Kamiye had been there on that ill-fated day and had glimpsed first hand Pelumi’s pain and terror. She could only imagine what mental torture Pelumi was facing. Though never a victim of rape herself, Kamiye understood such ghosts never faded easily. She’d always considered rape one of the most atrocious experiences sufferable to a human.

A swift knock sounded on the door, followed by Dr. Dominic, who caught every eye except Pelumi’s. The winsome doctor was filling for Eucheria who had bolted off citing some emergency at her child’s school.  “Dr Itelima will be here shortly.” He announced to the angry and frustrated lot.

A few minutes later, Dr. Steve Itelima, a lanky man with deep probing eyes, anxiously darting in rimmed glasses appeared with Dr. Dominic. He flashed a serious grin as he claimed each’s arm in an ebullient handshake. With eyes closely trained on the patient and a seemingly impatient bob more of habit than actual impatience, he listened to her history and Halima’s diagnosis of Pelumi.

Itelima posed a comical sight that made one almost doubt his competence. But he was a far cry from his looks and he loved it that way. His rapt attentiveness to detail was more than he let on, and it always put him at a greater advantage of marvel.

The psychologist report already gave a lead to the patient’s condition, yet for proper evaluation, Itelima perused the patient’s file; all the reports and her medications mostly, which he concluded safe and not to have effected any emotional or behavioral symptoms. Though his conclusion was formed already, he decided a moment with the patient for a final diagnose. Itelima liked to do a thorough job.

Itelima’s ludicrousness was on an even greater display as dramatically he began on a silent tiptoe towards Pelumi, exaggerating her condition. Kamiye glared in shock and thought, what a horrid choice Dr. Itelima was. But on second thought, she ascribed his behavior to constant relations to insanity. For what a man spent the bulk of his time with, he eventually became. Nevertheless, her last chord of belief in the man was based solely on his reputation.

Very keenly, the crowd studied the one-sided exchange from the psychiatrist to the woman who barely even realized his presence as her gaze yet bored unblinking into a wall at the far-end. It barely wavered even when on the psychiatrist’s demand, Tobi moved over. But when Itelima touched her, large brown eyes flashed furiously at him and for a quiet moment, he and the breathless crowd awaited a reaction, but met with disappointment when she drifted blank, resuming a silent murmur. Itelima did the same.

Dr. Itelima had only begun to seek his patient, when Pelumi suddenly yelled. “Leave me alone!” with such fire and trembling emitting from her being.

“Well, that’s a start.” Itelima turned with a satisfactory grin, unfazed by the patient’s outburst, and then to the worrisome lot. “Don’t worry about that, she needs to vent some steam.”

For a while, Itelima conversed fruitlessly with the unresponsive woman. But once, she scowled with a somewhat deep understanding that Dominic wished privy to Itelima’s hushed speech with her. Her pain at that moment visibly wore for all, as trancelike she nodded to Itelima’s inquiries. Dominic felt a sorrowful pang just then. It hurt him to see her like that, yet handicapped to help.

Suddenly butting out of her trance, Pelumi glared as if ready to scream, but slid beneath the sheets instead, buried underneath, signaling an end to the discussion.

When Itelima rose with a satisfied grin, Dominic figured his diagnose.

At a corner, Kamiye had burst into tears and was shedding them uncontrollably as she relayed to her husband Pelumi’s relapse from her witnessing eyes. Itelima smiled with a gentle tap at her shoulder. ”Madam, Pelumi is not a case of insanity,” he said to a more trusting Kamiye.” but what she has experienced is emotional trauma. But it’s nothing a psychologist cannot handle.” He directed, turning Halima’s case back to her, after explaining what vicious blow the rape had left on her senses. Itelima assured she would be fine, but with rigorous help of course.

Kamiye and Tobi were full of appreciation as Itelima started out with Dominic behind and Tobi with a wry smile proffered an apology to the readily forgiving psychologist who dismissed it as nothing. Once again, all was well, except Pelumi. But at least even on that, there was hope.

Now out in the park, Dominic thanked his friend for his brisk show-up. Just that afternoon, he’d called Itelima and in spite of his tight schedule with patients that usually ranged from drug addicts to mentally derailed of both natural and unnatural causes-tagged as diabolical, he’d made it in a flash. With Itelima, usually, appointments had to be made- except for urgent situations. But for Dominic, he’d made an exception.

Itelima shook hands with Dominic with the same exuberance with which he did everything else and squeezed him in a tight hug before jumping into his car.

Dominic watched amusedly as his friend pulled out of the lot, wondering how through the years both had maintained friendship though nothing like each other. Both had met at first-year medical school, which Dominic referred to as Itelima’s ‘sane’ years, until internship and residency when Itelima had branched into assessment and treatment of health distorts and Dominic pediatrics, and in later years, oncology. With time, both men had morphed into their own, but yet stayed friends having mutual love and respect for the other. Although a lot had changed since then, in Dominic’s heart he still visualized Itelima as that gawky, confused teenager he’d met walking the grounds of the University of Nigeria-Nsuka seventeen years back. Dominic was proud of his friend and what he’d become. In spite of all ludicrousness, Itelima’s unmatched vivacity, drive, and passion made for such competence in his job that made him the most sought in his field.

Dominic felt a pang when back at the reception he caught a face like Linda’s, and when he passed, he sighed with such great relief seeing it was someone else. The face, however, brought memories of the last meet with the woman, and he was gnawed by guilt. More strangely, what ate at him the most was not guilt at having dismissed Linda after a night of shared passion, but the knowledge of sleeping with her the very night Pelumi had entered a relapse.

Dominic deeply pondered on it as he climbed the stairs, knowing his life bore no correlation with the woman’s. Pelumi was a patient and his relationship with her was on an entirely different level from Linda’s. Why then was he harboring such guilt?  That sort he’d experienced the first night with another woman since Kamsi’s death. More strangely, where Pelumi was concerned, even Kamsi’s death had begun to seem far, like another time. Dominic barely had time for a through processing when a nurse suddenly caught with him relaying his urgency at an unstable appendicitis teenager. For a split second, Dominic’s thought flitted to Pelumi, but he fled, recollecting she was in safe hands.