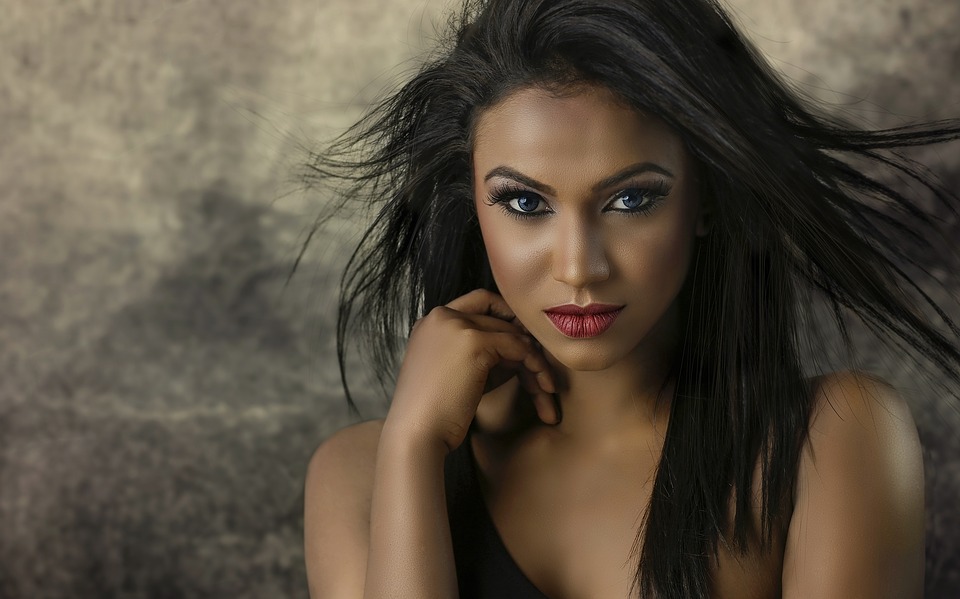 “Ten minutes past eight,” Dominic muttered under his breath as he thought up ways to spend the rest of his free night. Kamsi was at a sleepover and Anjola had followed, leaving him a lone soul walking the halls of the cinema. He’d just seen a two-hour-long movie, and still dreaded returning to an empty house. He’d gotten so used to the sound of laughter and joy in the house that he feared ‘quiet’ a somewhat reminisce of his long-dead wife.

Dominic skimmed through the movie pamphlet in search of another he could settle for before retiring. None except one reasonably appealed to his senses as the rest were all romantic ones that he abhorred. He had always considered them unrealistic, and the love- inexistent as life usually was not as fair as the movies made it seem. He would rather die than see one now, not especially as his heart kept its frustrating revert towards Pelumi.

Dominic heard a familiar call from behind, and before he could react, Linda sprang at him almost knocking them both off balance save for his quickness.

“Oh my God! I’ve missed you.” She thrilled as she parted, dreamily sighing over his form. “And you look yummy.”

“You look good too.”Dominic returned to the dramatic woman. She looked pretty simple yet sexy in a sleeveless mid-thigh dress, cinched at the waist and showing a generous flash of long endless legs beneath flared ends. Black lacy bra peeked beneath the transparent chiffon, giving an eyeful of ample bosom.

Linda admittedly was a sight to his sore eyes.

“What are you doing here?” She drawled letting Dominic’s insides growl in carnal pleasure.

“Its Saturday evening. I was home alone, bored, and so I decided to see a movie”.

“Where is Kamsi?” She seductively arched her well-penciled brow, scanning behind for his child.

“She is spending the night at a friend’s,” he informed and plunged into greater details.

“Ah!” Linda’s lips parted an exaggerated gasp, even that messed with his head. Linda had always oozed such an intoxicating sex appeal.

“So are you here with a date?”

He shook his head and grinned intelligently. “Are you?”

“No! Alone and single!” She thrilled with visible emphasis on the last word and giggled. “You know me Dominic; sometimes too lazy to cook. I just stepped out for takeout, and voila I ended up with you.” Her arms spread in amusement. Glimpsing the lust in his eye and cloaking her own steer, she snatched the pamphlet off him and scanned through it with a quiet smile, glorying at her effect on him, but galled by her own reaction to him. For a fact, she wanted him, but she wouldn’t make it easy for him, especially as he’d been the one to call off their relationship. If he wanted her again, he must earn it. With that decided, Linda settled for a romantic movie, one she’d seen. She knew Dominic’s disdain for such, but even this was part and parcel of her seduction as this one flashed a lot of flesh intended to heighten his sexual urge and leave him hanging halfway as he had done to her.

Dominic paid for their tickets even though seeing a movie was the last on his mind as he watched Linda sashay down the hallway.

He traveled down the hallway walking behind her into the dark lit cinema which sparked memories of steamy make-out sessions in one resembling this. The light in Linda’s eyes as they settled showed her vivid recollection too.

Finally, the movie began and to a degree, Dominic found it entertaining until midway into it, Linda snuggled into him, laying her head on his shoulder allowing him to drink in her scent.

She smelt of fresh mint; her favorite brand of shower gel as he remembered, which begat memories of sex escapades in the shower. Dominic’s heart quickened and she flicked a glance up at him, sensing it. Even in the low light, his want shone unabashedly. Linda felt it too; the charged air, the intensified electricity between them causing her to admit her own surged need.

Slowly but quite exaggeratedly, Linda puffed air between her lips, gently fanning his face. He smiled back, knowing she was only teasing him even as she pulled back, retreating to her seat. And both for the remainder of the movie avoided contact, though strongly aware of the other.

At last the long two-hour movie ended, and wordlessly, both exited the cinema after a young couple and out into the night side by side, with a reasonable distance between them. The cool night breeze, however, created extra physical awareness.

“Where is your car?” Dominic asked.

Mutely, she walked on, leaving Dominic confused and clueless until an abrupt stop at a black jeep parked only a short distance from his Mercedes. And without warning, she spun, pulled him behind the jeep, and crushed her lips against his.

Dominic was caught off guard, but in split seconds, jacked out of shock and opened to her, soon trading places with her and leading the kiss; him the captor, and her the captive.

Dominic owned it, with Linda gaining a smart pace behind. From slow and unrushed, their kiss pinnacled to urgent as their tongues meshed. She withdrew a moment for a nip on his bottom lip, suckling hard until Dominic sounded a low groan sheathed by her mouth again. Feeling him, she moaned a delightful sound into his mouth and pressed deeper into him. And when Dominic captured her face with both palms to deepen the kiss, she gasped into his mouth. Her impatient wiggles were his undoing, driving him over the edge.

Dominic was fazed when moments later she broke the kiss. But his eyes soon lit in quiet understanding when suddenly she lowered before him, gazing up at him with her trademark grin and glint that roused an even greater dose of sexual excitement as she fumbled for his buckles in the empty lot. Blood rushed to his ears and behind closed eyes in quiet anticipation, when suddenly reasoning struck and he pulled her up. “Not here!” He said in a husky breath.

She appeared shocked and disappointed and started to leave when he caught her. “I want you too but not here.” He growled unabashed and watched her eyes twinkle in response underneath the low-security light a few meters away. Dipping to his lips, Linda’s eyes briefly flashed desire instantly masked with mischief as they again redirected to his eyes.

“It’s late Dominic. I need to get back.” She pressed for serious and might have successfully passed for it, if not given away by her tone and its huskiness. She started to push off of him, grazing her chest against his ever so gently, in a last obvious attempt at seduction.  But Dominic captured her, holding her in place.

“My place.”His voice sounded a breath, and in that brief space between stimulus and reasoning, Dominic stole a kiss silencing whatever protest she had. This time pressing her into the car and torturing her with masterfully wild kisses with her arms pinned above her head. She tasted of mint, just as she smelt. It was such a heady feeling.

There was no going back now; Dominic desired her with every fiber.

Carefully and slowly Dominic trailed feather-light kisses down her neck, rendering ample attention to the base of it which he recollected as one of her ‘weak’ spots. Impulsively she arched her back. She shouldn’t make it so easy for him. She’d intended bringing him to his knees, but even that was impossible as her body raged fire and her senses reeled desire. She wanted him ferociously.

Linda sounded a low gasp as his free hand worked way up her thighs, and as she felt him beneath her flimsy lingerie, she trembled. “Okay, let’s go.” She breathed. It took all of her being to withdraw from him as she sprang into her car upon wobbly feet and Dominic flashing a mischievous grin as he rounded over to his car, waving Linda into following as he pulled out of the lot on a splurge of adrenaline. One thing was certain, he sure felt alive again like he hadn’t in a long while. For a moment, Dominic’s heart sank as he pulled out seconds later without Linda. He thought perhaps she’d had a rethink until her car showed behind him.

The drive to his home was quick, as both sped into the night like the sex-starved pair that they were. And at Dominic’s gate, the guard had to flee from getting crushed by four-wheeled automobiles.

With extra-will power, Dominic willed some ease as he unlocked the front door and let himself into the dark hallway, leaving Linda at the doorsteps with the door ajar.  She blinked as the light came on flashing along memories like old times. They’d done this over a hundred times, and now standing at his doorstep, made the last long and lonely six months seem non-existent.

He’d hurt her in the past even though unintentional, and she had no control over it. But here now, the choice was hers, the key to the next moments wielded with her, those eyes from the other end silently told. In spite of his obvious need, Dominic was giving her a last chance out. There were only two choices; she walked away, or to him to which there was no going back. Whichever outcome it was, was based on her decision.

She would leave! She decided and meant to turn away when instead she sprung on him like a cannonball, ramming her lips into his in continued nuance.

The kiss this time was ravenous as both let the desires of the past months into it. Dominic kicked the door shut from behind only breaking a second to rid his shirt as she wildly pulled it over him, and their lips enmeshed again.

Feeling his bare chest, she offered a low throaty moan. She needed more, wanted more, and plunged right to the chase freeing his jeans. For a mite second, Linda paused watching him in full appreciation. He was just as she remembered. And she wound her fingers confidently around him just like she’d wanted to do all day, and delighted in his hurriedly sucked breath. Clearly she still had a hold on the man, and she rejoiced in the knowledge of it.

“Protection.” He hissed. She started to protest, but seeing the firmness in his eyes and not wanting to sabotage the shared moment.  “Okay.” She said lazily withdrawing from him with a panicked smile, fearful for a change of his mind, when he suddenly picked her up instead. A loud surprised giggle erupted her lip as he led her up the stairs to continue what she’d begun.

Shadows At The Crack Of Dawn-Episode 25