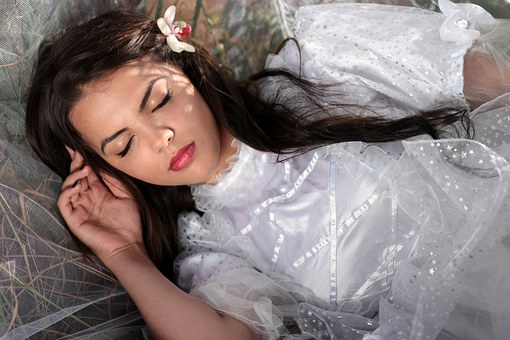 I crossed the distance to the bed, perched on its side and clutched firmly on its smooth edge. I almost didn’t feel the strain on my fingers as only one thought rang in my head; peace. Maybe if I thought it, I could conjure it. In determined avidity, my ears slowly attuned to every sound, till the thunderous rapid beat of my own heart resounded in my ears.  Dozens of nameless powerful emotions surged through, but the thickest of all was fear. So close to the surface was it, I could taste it even. I swallowed the hard lump in my throat and continued to listen. Silence spread; long, frightening, heart constricting one. I shut my eyes and hugged myself, stealthily counting seconds in my mind. Relief finally set in on the final count of hundred. I opened my eyes and let out a deep breath, which thankfully was accompanied with a slow spread of warmth. I had done it. I had conjured peace. Tonight, everything would be fine. I laid out my palms to stare at them. They still trembled from fear which only seconds had consumed me. I rubbed them together. Despite the cold, they were clammy. Why did I never try this? I meant peace conjuring.

An unexpected crash came from below, jolting me to my feet at the sudden kick of panic. My heart again resumed its wild thump, my breathing seized. Deep waves of emotion shot into my throat along with clogged tears. I hoped the noise was nothing. I badly wanted it to be some irrelevant sound. But deep down, I knew… Another clatter erupted from below. Instinctively, I hugged myself as I broke into an uncontrollable sob, and launched into a frantic pace. Oh God! This was happening again!

Now, the sounds came in close violent successions. I sobbed harder on hearing mother’s agonized scream. He was hurting her again. I needed to save her, I needed to do something!

I bolted for the door, but stopped midway, frozen by father’s angry barks. His voice reverberated loudly in my head, along with its chilling effect. I backed away from the door like I’d been hit by another crash. I could hear the hurried, shuffled footsteps below. He was going to kill her! Painfully, I listened to father’s agonizing barks and growls, and crumbled dejectedly to the bed, only to jump again on mother’s shrilled cry. Now, tears streamed uncontrollably down my cheeks. Their voices pulled closer, in a frightening exchange of words. Mother’s scream rang again. We needed to stop them. God! We needed to. Where was Tobi?

I rushed to the window and wept in relief with my fists clutched desperately on the sill as I saw Tobi stroll through the gate.

“Tobi?” I yelled. He didn’t seem to ear. “Tobi!” I shrilled in an alien voice. He looked up my window just in time for another crash, and sprinted into the house.

Without a thought, I bolted out my door as well, but stopped at the sight of mother and father at the top of the stairs. Mother was grasping tightly at father’s front shirt. Her eyes were spitting fire just like his. The most notable of all was mother’s first ever stand up against father. Fear tingled at the base of my skull. Amidst it, was a notable delight that barely lasted under my conscious aggressive mental shake. My parents were in the middle of a heated fight, this was not the time to take sides, or glory about anyone’s reaction.

“Mother! Father!?” I called at them both. Mother turned, but father didn’t. Instead, he seized the moment and landed a resounding slap across the face. She let out an injured cry (a sound I would always remember) that made me feel guilt at being the cause of her distraction. I choked on a gasp, and burst on hysteric tears as my parents continued to struggle, with father undoubtedly gaining the upper hand.

Mother’s beautiful skin was flushed in anger. Her lips too were bruised. Also, I could not help noticing how dangerously close to the edge of the stairs she was. Father punched her in the rib, she hunched in reflex gasping on an injured cry. Still, she didn’t release his shirt. I tried to speak, but I couldn’t as mighty hiccups claimed my throat. Tobi yelled from below, but no one gave heed to his call. Helplessly, I watched wide eyed as father prepared to ram another blow into mother, save for Tobi’s quick bolt up the stairs. Father’s eyes flashed angrily at Tobi. My legs shook in fear for both my brother and mother. With an immeasurable, unmatchable strength, he pushed Tobi aside. I watched as he crashed against the wall, unsuccessfully struggling for balance, yet crumbling to the floor. With an unbelievable Viking strength, father pushed mother. This time, she lost her grip on his shirt. Worse, she lost a foot. Time froze with buttons popping into the air, as I watched mother fall backwards.

From somewhere in my dazed state I screamed for “Mother!’ as she tumbled down the stairs in an ear-piercing scream that rang along with mine.  Next was the loud distinguishable smash of skull against hard terrazzo floor, then her screams seized.

Shadows At The Crack Of Dawn-Episode 6

Shadows At The Crack Of Dawn-Episode 71