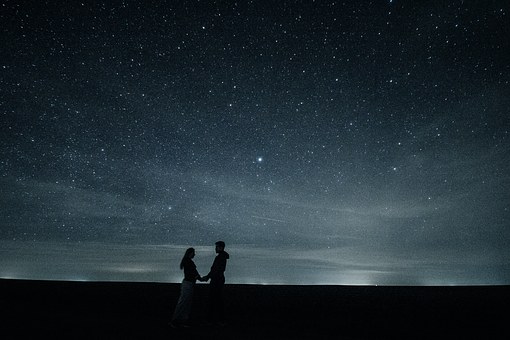 Dominic caught a glimpse of the white paper bag under his desk as he checked back into the office. He’d been on his feet all day and had barely stepped into the office since six am that morning. Now at eleven, he was tired and strained. And not one of those five hours had passed without thoughts of Pelumi.

Something had happened with Kamsi the previous night in the car, and now the gift meant more than ever to Dominic. It was more than a birthday gift, but more a lagniappe to a woman who had helped bring Kamsi’s guilt and misery to an end. Those were reasons enough to spur Dominic into doing a personal delivery. Besides, the nurses were not an option as there were no taking chances with women whose specialty was gossips. And so Dominic had had to wait until now, his free time.

Dominic traveled down the hall to Pelumi’s ward ignoring the pound of his heart and mentalizing the reasons for his visit to her. The guard knocked on his behalf, and Dominic felt his heart double ardently when a soft voice called from the other end. The guard then nodded approvingly, and Dominic followed through, feeling some course of chill as he turned the knob and stepped in. Dominic’s heart rammed to a grinding halt as from the couch, Pelumi’s innocent eyes glared surprised at him telling that he was the very last person she expected.

She blinked a couple times as he let farther into the room, and then her face sheathed in a veil disguising her mood. Dominic felt a cold constrict in his heart when for a moment, he thought he’d glimpsed some apprehension set into her before her expressionless turn. All night he had asked that she harbored no negative thoughts about him. Anger welled in him at whomever and whatever had made her that way.

Dominic called brightly to Pelumi as he neared. Her response was polite with cautious eyes trained on him until he towered above her and asked to seat with her on the couch. Only then did her gaze falter. She nodded.

Dominic settled catching her momentary stun as he sat. Amused, he watched her snuggle farther into the couch’s arm, placing quite a distance between them.

“Better.” She said explaining the frequent pain in her arm whilst casting a brief glance at him.

On impulse, Dominic neared and touched her arm. He could almost swear he’d seen her stiffen, but ignored it and concentrated instead on the flesh above the cast and not the heat and welcoming scent of the woman. He withdrew, and returned to the beguiling face as he asked about her general welfare and her sessions with the psychologist which she confessed she enjoyed. Once in a while, she still suffered from migraine, but it was nothing a painkiller could not help.

As she spoke, Dominic noticed some restraint from Pelumi. Not unease per se, but a newly erected barrier between them. But every now and then, some part of it slipped,exposing some vulnerability and some distant light in her eyes that somewhat scared him silly.

Of all the women Dominic had ever met, Pelumi was one he felt off-balance with for she was as unpredictable as the weather. At times, she seemed delighted, more often times- scared and defensive, and at very few times like now, she posed innocence and gentility in the most appealing and sensual manner. The woman was an enigma Dominic was dying to decipher. Nevertheless, at all times, he let his head full rein because surely his heart would be misleading.

For a moment, both stared in threatening silence, assessing and reassessing one another. Dominic felt breathless and somewhat paralyzed under Pelumi’s expectant glare. He’d sought her out in the first place, it was only reasonable he started with his motive. And then from behind, he produced a bag.

“I know this is late, but happy birthday in arias.”

Surprise flashed in Pelumi’seyes. And as she reached to take the bag, their hands brushed.For a moment, Dominic thought he saw her flinch, and his eyes held hers, searching as he wondered if she’d also felt the immediate surge. From her big popping glare, Dominic could almost swear she had, until her eyes replaced with a jolt of fear and then nothing.

“Thank you.” She mouthed retreating but allowed a quiet smile on sighting the red flower peeking from the paper bag. She pulled it out to take a huge sniff as she’d seen in movies. Her demeanor at that moment was priceless, and Dominic was glad about his last-minute decision about the flowers. When she lifted to Dominic, her eyes were dreamy, showing a glimpse of a part of her Dominic never knew existed. He felt a flutter in his heart; it made him feel much of a young schoolboy on a meaningless crush. Except this time, he was matured to recognize ‘desire’.

With lit interest, Dominic watched Pelumi, noting every pass of expression as she tore the gift open, until finally silver Giuseppe Zanotti shoes were revealed. Dominic’s  heart picked an exciting thump as a glow stole into Pelumi’s face and he savored the moment with obvious relish. His heart tugged mushily as through glistening eyes, she looked at him with appreciation. Obviously, she liked it, and Dominic was unsurprised. From past experience, he’d learnt that every woman loved Zanotti or Louboutin-amnesiac ones not excluded.

Pelumi started to wear it, when Dominic dropped to his knees and helped slip them on. Such a simple task, but it felt more of a feat as all of Dominic’s senses tuned to the contact with her skin. Both gazes held again, until Pelumi broke off. And then he sat back, and watched her study her feet which he thought were perfectly suited for the shoes.

“How did you know my size?” She asked looking downwards.

He shrugged, grinning wickedly.  “A little bird told me.”

“Kamsi?” Her face lifted to him with a small witty smile that sent him rumbling with laughter. The air eased.

“It’s beautiful, I love it.” She confessed and pulled it off before Dominic had the chance to. And then she turned to him gratuitously.“First, you saved my life, and now this.” She flicked a glance at the shoes and back at him. “Thank you, doctor.”

The next moments passed in an overwhelming silence with Dominic mulling the happening between him and the simple woman. A while later, Pelumi eyes darted nervously, terminating whatever spell both were bound. Guilt and worry stole into her eyes. “How is Kamsi?” She questioned with her gaze yet averted and nodded as he told her of the birthday party she was visiting.

“I’m sorry I attacked you the way I did yesterday.” She looked up at him with a sheepish stare.“I was only concerned. I know she is your daughter, and I had no right to”

Although Dominic tingled with inexplicable excitement, he was still peeved at her accusation from the previous day.

“I want you to know that I’m not an abuser! I would never hurt Kamsi or any woman at that!”

“It’s fine.” He waved it off. She started to apologise again when suddenly Dominic touched her lips silencing her.

“Like I said, it’s fine.” his voice had gone deeply husky and sounded even alien to his ears, he hoped Pelumi had not taken note. A tremble passed beneath his fingers, but because of his intense turmoil, he could not tell whom it had generated from; him or Pelumi. Nevertheless, Dominic allowed his finger linger a moment on the softly parted lips before retrieval, but not until he’d caught some guarded vulnerability in those eyes.

He rose with a firmer resolve after facing the truth about Pelumi. That however strong she posed, she was still very much yet a fragile soul and he swore never to take advantage of it and her. A part of him wanted to ask why she thought he would hurt Kamsi. And even on some other day, he might have asked her definition of ‘hurt’. But not today, as the air filled with some weird aura that made even the slightest of sounds and action appeal to his masculine senses. If she were un-amnesiac, he might have believed her tone calculated seduction, but for the innocent brown eyes looking up at him and speaking the absolute otherwise.

“I’ll check you later.” He promised and then departed leaving a speechless Pelumi.