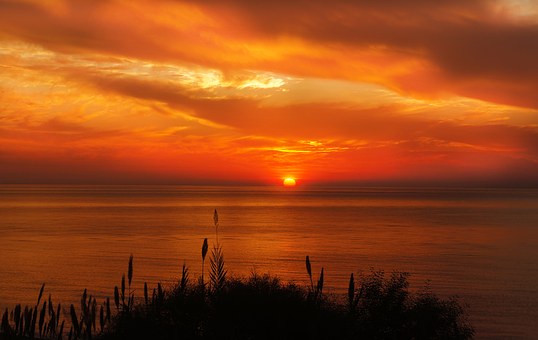 Tobi toured the floors of the just-completed building with a broad grin. The project was astounding, the finishing, just what he’d expected. It was constructed at its best- he remarked to the foreman, and went as far as admitting his presence would not have made any difference on the job.

Tobi surveyed the building from a stranger’s eye, and he was indeed impressed and proud of what he saw. The team had done a good job of instilling and maintaining the very dexterity and quality that Longe’s & Co. was well renowned for. Tobi’s confidence in Dimeji and the team heightened, and the foreman seconded it by acknowledging Dimeji’s effort in past months.

By the time they’d emerged from the building, it was evening, and the sun had begun to set in the far horizon. Tobi threw back a proud glare at the edifice and applauded its magnificence as orange-red streaks of the light gleamed against its glass walls adding to its enchantment.

This would leave the Celox team satisfied, Tobi thought. And truthfully, he was right. Tobi was ardently awaiting the look on their faces when the interior was done and completed. Client satisfaction to Tobi was the chief reward of construction; the clients’ assent of getting the best worth for their money.

Tobi started down the sloppy ground with the foreman’s help. It was only logical he allowed him for safety reasons. Pride does come before a fall he mentally apprised, and if it were to happen, a mighty fall was what it would be.

Nevertheless, as they walked the way down, Tobi’s spirit soared; the reasons were endless. Altogether, it was the company, it was Pelumi’s recovery; her bounce back from a near mental breakdown, their newly kindled relationship, and her clear admiration for him like when they were kids. It was evident she still hated their father. But the skies were lifting. There was hope for the morrow.

“What do you think?” he prompted, nearing with widespread arms.

“Awesome.” Tobi simply termed. “Just what I imagined. Well done D!” Tobi managed a tap on his back as they embraced while the foreman nodded away and proudly spoke of the clients love for it. His mobile buzzed just then summoning him to duty, he disappeared back into the building turning Tobi over to Dimeji.

With the help of his friend, Tobi got into his waiting Audi. He was glad to be back on safe grounds. He would never have opted for such sloppy grounds, but the clients from the start had wanted it that way.

Gently, Dimeji slammed the door and rolled down the windows. “D! Seriously, this is awesome. Well done man.” he commended again.

“You must really like it.” Dimeji grinned down at him,  his towering form shielding whatever remaining rays of the the sun.

Tobi sent him a look showing understatement. “I love it! You handled things so well; it feels like I never left.”

“Well,  I think that calls for a raise in my stake. Don’t you?” Dimeji smirked.

Tobi sounded a humorous laugh “No. what that calls for is a celebration. Get into your car, Pacific. Drinks on me.”

Dimeji sounded a long deliberative hum, sighed and then took a three-sixty turn to his car. And as Kazeem kicked start the car, Tobi considered for the first time giving Dimeji a raise in Longe & Co.

Shadows At The Crack Of Dawn-Episode 32

Shadows At The Crack Of Dawn-Episode 75