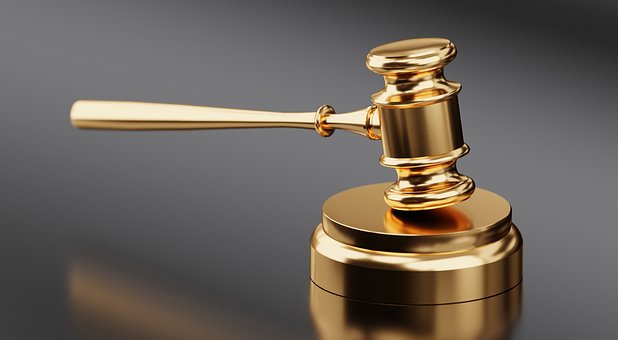 Though it’s been three days since father showed his cruel, monstrous face here, it seemed only like yesterday. Still, my shock remained as in the last seventy-two hours. Since then, I’d turned a forbidden zone to all, with no exception to Kamiye my closest ally. At this juncture, ‘trust’ was almost impossible as the whole family had proved unworthy of it. And I wanted them permanently out of my life.

From my bed where I sat fixated at the TV, bits of both Doctors conversation flowed from the end of the room. Though worry was apparent in both hushed voices, of the pair, Dr. Halima sounded the most bothered about my termed recline in recovery. I am starting to get irritated by their concerned glances, and unnecessarily verbose medical terminologies. At some point, I would have yelled my irritation at them. I am fine! My head screamed, and my senses have never been more alive! I’m only engaged in a deep soul search where some solitude was all I wanted.

To gripe and replay mother’s death as you have in the past days? That little voice in my head chided. You sure will go mad! That’s if I haven’t already, as the dots were beginning to connect, the unspoken was beginning to make sense; my fears, my phobia, and the usual reluctance where mother was concerned dawned. I soon realized Mother’s death seemed to be the crux of my problems, the morphing factor of my life and beliefs. And I would unfold every layer of it, even if it was the last thing I do!

The word ‘help’ sprang from Dr. Halima’s words, and I couldn’t help but snicker. No one could ‘help’ as they couldn’t bring back mother. Therefore, their ‘help’ would be useless.

Both eyes turned to me in quiet speculation and a mixture of other emotions; Dr. Eucheria’s was pity as she exited the room, and Dr. Halima’s, determination as she started towards me with a very purposeful stride. The woman seemed nothing like one intending to bail. She grabbed a plastic seat and pulled it with her. It sounded a disturbing grate against the floor. And finally, she sat with eyes that never left mine. Now, she resembled, even more, the prying shrink.

I shot her my most tenacious looks, hoping she’d get the message this time. Nothing had changed at the moment she’d gone to speak with Dr.Eucheria and now, I am still not ready to speak to her. The message in her eyes was concise too. She wouldn’t press.
Now my lips twitched in little amusement at her mind games. I thought I saw a glint in her bare fresh face as well. Surely, something about Dr. Halima was different. Yes, she’s got a new hair-do. Her sleek relaxed hair did add a younger quality. But that was not it. There’d been certain ease to her since she walked through that door; an inexplicable joy I couldn’t place. I searched her face seeing nothing interesting, until dropping my gaze to the gold band on her ring finger. I’m certain that finger was bare yesterday. I shot her a prompting gaze.

“I got engaged last night, I’m getting married.” She said with a brief smile. Dr. Halima was not the sort to gush or linger much on a matter.
Who would have thought Dr. Halima the type to get married and become a slave to a man? Marriage is slavery, bondage, isn’t it?
Her switch was sudden. “So are you ready to share some memories?”

I stubbornly averted my gaze and for the time she sounded a sigh in frustration and defeat. I couldn’t help a little smile. Dr. Halima is not as undefeatable as I’d thought her to be.

“Pelumi” she called in a gust of breath. “I’m not the enemy. I’m here to help you, please let me help you.”

“I told you I don’t want to talk. I just want to be alone!” I would have folded my hands but for the stupid cast. I shut my eyes instead.
Her words followed a brief silence.

“I get it. You remember your father’s brutality at your mother. You’re mad at him and the accidental murder which he is presently serving time for-“

Her words piqued my attention, my lids open. “You call that accidental?” I snorted .“Well as my memory serves he had been in his full senses when he had pushed her off. I remember the look in his eyes very clearly, the anger.” In place of surprise or some reaction, a victorious smile shone on her face showing her success in riling me. I realized then that she knew. “You knew, Tobi told you?” I snapped.

“Since my first visit.”

“And you never told me?” anger surged.

I looked maddened at the only human I trusted. My world felt as though it was crumbling. God! Who are these people?

“It was never in my place to tell you…at least not yet. You were still too vulnerable, I wanted you to work through it in here.” she tapped at her head. “My job is to guard you all the way, to listen to your version of it all, to walk you through it, which I must say is paying off. Tobi and I decided to keep that from you probably till you were fit. If you have heard of earlier, you might have been too damaged for repair. There is no perfect time but now.”

Pfft! Her arms gently circled my wrist. I looked at her still very much exasperated.

“Bottling it up wouldn’t do any good. I know exactly how you feel. I understand, but you have to let it out.”

“How do you know how I feel?” Last I checked, she was a psychologist and not a psychic.

Her smile wore wanly. “Because I was once like you.”

“Like you, I once lost my memory.” she paused to give it some impact. “So I do understand.”

Impossible! My shrink, my ever know-all doctor was once amnesiac? How did she pull through?

“How did you get it all back? Your memories.” I was speaking too fast and excited that someone else understood my plight.

“Patience, time, experiences” she shrugged, settling back into her seat with eyes fastened on me. “and a lot of opening up.” She finished.
Her revelation shone a bright light in the name hope, turning the three days horrendous emptiness into a gigantic burden searching release. I need to unburden, and who best than my psychologist.

Fierce anger arose in me. “He hit her, more than once.”

From the corner of my eyes, I caught a hint of a smile on those dark lips.

“Please, can you start from the very beginning?” Her smile was the I-got-your-back sort. “I mean from where the memories began, how and when?”

I let her settle with the now-familiar note pad that had my name boldly scrawled in block letters. I began on her prompt, starting with the periodic illusions since father’s unexpected return. Dr. Halima’s pen flew over the sheet. The more I expressed, the more unbridled the burden.

She looked up her quick scribble. “So do you think your male phobia was influenced by your parent’s marital problems?”

I thought for a moment, though already knowing the answer. “Well it might be, or maybe part. “ I shrugged. I really do not have an answer to that. For first, it seemed too early to conclude, secondly, there was that hunch, that inkling that this was merely the surface as something yet darker lurked not too far away.

“I feel trapped,” I confessed. “I feel like there’s more I’m yet to uncover.”

Halima’s eyes bored knowingly. She nodded and wrote in her book. “So what do you feel for your father?”

I watched her like she was a raving lunatic.

I did just that. “Because he maltreated mother, killed her, and pretended to me in this past week. I hate him for everything!”

My brows quirked.“He tricked me into believing he is a good person!”

“Are you sure that’s what it was about? What if pretence wasn’t his aim? What if you are only believing what you want to? What if he was only trying to get into your good books?”

“I do not care whatever reason that was for! My father is a liar and a murderer! And that’s all that matters!” I yelled.

Dr. Halima wisely dropped the subject but uttered the unthinkable. “Do you think you can forgive him? I know it’s too early to ask but do you think-“

Sensing my resolve, she quieted with a look beyond words. She let it slide, and then drifted to Tobi and the family, subtly chipping forgiveness in almost every word.

With Tobi, she had a point, indeed, he had tried to intervene. Kamiye was another score point. She had never met mother. But father was a No! And no matter how much she pleaded his case, I had my mind set on him. There is no room for second chances. There never has been and there never will be.

Shadows At The Crack Of Dawn-Episode 106