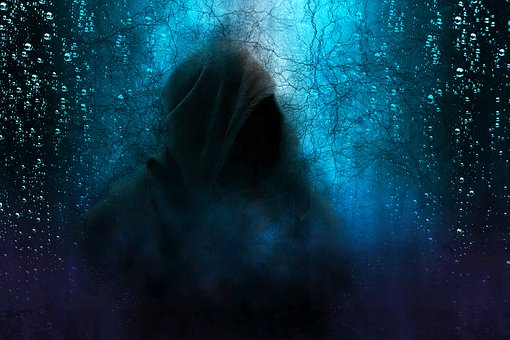 Today’s session was the most productive. This time, I had been ferociously drilled until at last breakthrough sprung forth with a vague memory of my childhood home. Though there was only little to it, I remembered the magnificence of our home and its nearness to the sea. The pungent scent of water and nature stung alive in my head, it almost felt perceivable. And then the memories seized, the flow again interrupted by that invisible block Dr. Halima kept referring to.

In her precise words ‘My head and mind were in a battle of some sort; my head desperately trying to blot out a horrible past, and my mind desperately wanting to fix the puzzles’. She suggested I keep an open mind. She advised I be patient and let my brain work through the muddle. I’ve only recently begun to do that.

I bet things would be a whole lot easier if we skipped the long process, and simply asked Tobi to fill the void, which surely he would gladly do. Except Dr. Halima was strongly bent on making me work through this on my own (with her by my side of course). She had likened memories to jigsaw; a step is missed, and the whole puzzle is disjointed. Tobi she had decided, would be my last resort to memory; only in dire circumstance will my thoughts be induced.

My psychologist wants me to trust my heart and my instincts, spend less time on thinking, and more on living as Dr. Halima believes experiences are the best trigger of memories.

“Aunt P!” Tolu piped, pouncing strongly on the bed. It dipped where he sat.

“Tolu, watch out for her hand!” Their mother warned from behind as he reached for an earpiece plug in my ear. He stopped, taking a moment’s look down my cast.

He grinned despite his mother’s berating stare and I couldn’t help a smile. How could I at a time have thought this adorable kid harmful?

I longed for a prior memory of them, of their mother, Eniola, and my boss Mrs. Ubi, who had promised on her last visit to keep my job till I am fit. The supposedly loved job I couldn’t even remember.

For now, Tobi and father were the centre of my thoughts. And even those are distorted. Dr. Halima had solved the mystery again explaining why they were slightly different in my head. I think your memories are returning to the beginning, to the very start of your childhood. She’d said.

“So, what do you think about the song?”

I tuned to Tolu’s inquisition. The beaming little man was patiently awaiting an answer. And from the look in his eyes, I knew a positive review was he wanted.

“Nice,” I stated pretentiously enthused as I passed him the I-pod.

How do I tell a nine-year-old that I had let my thought trail, and had lost concentration midway into his best song?

“Actually, I..” sighing dejectedly, I settled for the truth. “I was deep in thought.”

His shoulders fell. At that moment, I would do whatever to retract those words. I should have lied. That would have been easier. Music meant the world to Tolu. He’d even shared with me his dreams of singing someday. Though his vocals were not exactly superb yet, but then he was growing; there is plenty of time to morph a wonderful voice. Plus, I’d never dampen a kid’s dream, and with such fierce determination, and passion, I would never doubt his ability. Tolu would be anything he wanted to be.

Glumly, he swiped at the screen, and this time with a beseeching look stuck my ears.  Sigh! If only the world could be as easy and forgiving as kids.

“Please listen to this. You’ll love it.”

And I did just that-this time with maximum concentration. I could not bear to hurt him.

But when Tayo came, crashing into my other side, I was forced to get rid of a plug.

“Aunt Far, I just hit level three.” Heartily, he turned the wide screened tablet way. I smiled at it with feigned interest. “That’s great?” I sounded impressed. My commendation worked wonders as his face livened even more.

Kids are easy, this I have discovered. Feed them with the much-craved words, and their world instantly rockets into paradise.

“What game is this?” I blurted, too late for retrieval.

“Need for speed.’ He said blasé, barely aware of the number of times I had asked. “Do you want to try?”

Another glance at the screen and the fast-moving vehicles, I knew I wouldn’t dare. Cars, I recently learnt, are a major turnoff for me.

My attention diverted again to Tolu’s exuberant squeal. “I promise aunt Pelumi, you’ll like this one.  It’s a bed of stone by Asa. She is deep.” His mouth ran again as he stuffed my ears.

Deep? My lips etched a voluntary smile as I could not help fathoming a ten-year-old’s reference to music as deep.

Tayo too was trying to get my attention. And all at once it seemed like both boys were striving for it.

The firm berate from behind caused them to freeze.

I smiled, awed at what rein Kamiye held on her boys but saddened at their retreat. It took an effort to bring them out from it. And when they eventually spoke, it was hushed. The song ended, and I gave Tolu a thumb up like I have seen him do. I do like the song and the songstress words are powerful.

“I like this song,” I whispered joining in their game. In the next moments, the boys and I conversed in hushed tones that earned us curious glances from Kamiye. But the boys seemed to be enjoying it. I indulged even more.

With a soft tap, the door opened. Instinctively, we turned to it, graced by my father’s unexpected presence.

“Father?’ I called surprised but nevertheless happy, as I started to push to my feet to welcome him. His face broke into a wide smile with only a brief glance at the boys who glared strangely at him. This I found a little weird but I soon dismissed it as I started to make way to him, when mid-way across the room, I am suddenly hit by a thought that almost knocked the breath out of me as I double over gripping the edge of the bed to keep from falling. My eyes were reeling and in a bid to grope for sanity and calm, I managed to take deep breaths as series of events painfully flashed through my mind with none having any real footing, until one from a different place and time. I can see myself dashing out of a room surrounded by a deafening cry which sounded closer than any imagination. Stifled for air, I gasped for breath and would have let out a scream had I not felt Kamiye’s comforting arm tugging me back to reality.

Only starting to feel myself again, I lift my face to her, panting. But Kamiye’s eyes glazed with terror that mirrored my fear and aided my belief and hunch as that memory vividly settles, one I was trying so hard to dispute until I turned to father, and I am met with the truth. For finally, I recognized him for what he truly was… a killer.

“You killed mother!” I gasped, choking on air as the past returned in full blast.

Silence spun around the room like a vortex, shadowing every thought, except the horrendous flash of mother’s death which cleared with the moment.

“Oh my God! You killed mother.” I shuddered with certainty. More vividly, in my mind, I saw Tobi stumble from a shove, and then mother. Her shrill scream rang in my head.

“You killed mother!!” I screamed, violently yanking the plugs off my ears and bolting to my feet with bloodshot eyes. The crash of the gadget to the floor shoved to the background as I had my mind set on an issue much more worrisome.

“Tolu, Tayo, come!” Kamiye screamed from somewhere in the room, and suddenly everything was frenzied. In moments it all quieted, and the last I heard was Kamiye firmly silencing the boy’s as they were hurled out the door.

Here and now  I am faced with a mollified father. A shudder raced up my spine with a barrage of memories. I remembered the many quarrels, the fights, his occasional drunkenness, his victimization of mother, my weakness to help amongst others, but importantly, the fear. All of this was no imagination. This was real. He is the shadow, the darkness in my past.

He took a step forward.

“Murderer!”The words sprang to my lips and I screamed it at the top of my lungs, backing frantically until colliding with the nightstand. The sharp pain on my hip seemed almost inexistent as my fingers frantically roved the tabletop, tossing the contents over, until my hands finally closed on steel.  I grabbed the table knife unthinking and thrust it to the man before me, warding him off.

He stepped forward, desperately seeming contrite and uncaring about the knife or my dark intent eyes.

I shuddered violently as I screamed him away. He wouldn’t listen so I stood my ground, in preparation for a defensive plunge, when the door suddenly crashed open and the room filled with a flood of people in white. Amidst the light and the shuffle, my eyes were set on the only man whose darkness permeated the room and snuffed out the sea of light. Navy blue uniforms; Prison uniforms! Why did it take so long to decipher?!

“He killed mother! He killed my mother!” I shot enraged and sticking the knife at each. The nurses froze on my deathly scowl.

“He killed my mother!” I started for him again, prepared to crush whoever crossed my path, and too incensed to notice the torrential shake of my body. He stood there, with a rueful expression. It unnerved me even more, as all I could see was the hatred and fire in those eyes when he’d watch her fall.

“Get out!” I screamed. “I said get him out!” I screamed in wilder fury, charging insanely forward, and watching them all scurry before me. Now, even father was on his heels, seeing the raw nerve in my eyes. I fought the temptation to hoist the knife at him, or any of them as they fled.

The door slammed shut, I scowled at it. Only when the knife clattered a few inches away from my feet, did I realize how badly I was shaking. Like a house of cards, I crumbled to the ground rocked by a tremor of anger and pain. My heart weighed with the heaviest of burdens and pain so excruciating stung deep in my soul as my heart burst with old resentments. Right there as I cried my heart out, I realized how much I despised the man who had brought me to life. I always have, I always would.