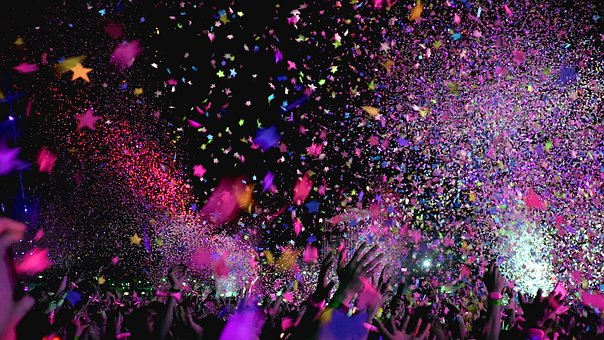 Tobi welcomed the blast of energy as they pulled into LONGE construction. A smile automatically lit his face. LONGE was home. No other place in the world held such bliss for him (except Kamiye’s arms of course). But here and now, LONGE was where he was meant to be.

Enthused, he mentally re-ran new innovation and ideas.  The thoughts drove him to ecstasy. Only three things wielded such immense pleasure-business, love and sex.  And in the past weeks, of the three, the two latter he’d had to the fullest to a point where any more bit of TLC without a dose of the former would take an unpleasant turn. Life was supposed to be a proper balance of everything.

That morning, Tobi had woken with such vitality, that Kamiye had known not to object when he’d simply stated he was resuming. She wanted to, he could tell from the thin discontented spread of her lip. But through years in marriage, she’d learnt he never backed from seat goals or decisions. Persistence and drive had built LONGE. It would take much more than a leg injury to rid him of it.

As they rolled into the driveway, a few guards pressed and peered through the new tinted Mercedes, each trying to get a sneak peek of him as Kazeem rolled into the park.

On a quick glance behind, he saw an army of bright-eyed uniformed men advance towards him. Ladi his personal assistant as well was waiting in a sharp cream-coloured suit and cherry smile as Kazeem helped him out the car “Good morning Sir. It’s really good to have you back.”

Her eyes glazed with admiration as Kazeem passed her the briefcase. She meant it.

“And it’s good to be back.” Tobi offered, sniffing his nose in the air like one long deprived of it.

Soon all six gatekeepers were gleefully lined in his presence, all rejoicing his return. Tobi discussed with each man, taking turns on each about their welfare, so none was left behind. Each person, each response was treated like a matter of importance, something special, which to Tobi they were.  Naturally, he had a cause for care, and it shone in his interpersonal relationship with each. Moments later, he started into the building declining quite a number of assistance to aid him. Tobi was the do-it-yourself man, so to him, the offers were slightly uncomfortable. Worse, to think five more weeks on casts, it would take only a miracle if he sustained it that long.

Tobi walked into the tinted architectural edifice with kind remarks following. He smiled, truly touched. There always was a degree of joy in hearing such love and admiration from his employees. And still, he basked in it when Ladi with the pertinent click of her shoes flew past ready to help as he slid into the revolving doors. For LONGE, he’d wanted a grand building with a foreign touch, something of architectural envy that spoke panache and all that LONGE stood for. He’d gotten it.

Tobi stepped into the hall, mildly dazed at the sparsely decorative ribbons, and welcome placard. Ladi! He shouldn’t have given her heads up about his return. He could have just taken them in surprise. He turned with a slight grin to the beaming woman behind him. Sometimes, he wondered if his assistant was wrongly placed in the construction world, and should earn a livelihood as a decorator instead, but then her efficiency was unmatched.

A clap sounded at a corner of the room stealing Tobi’s attention from the receptionist and soon the lobby bustled with rapturous rounds from a crowd of employees. Tobi’s head clouded with a wave of emotion. He blinked away his emotion. Too much of Kamiye he thought- her vulnerability had begun to rub on him. It was either that or the part of him unknown to others, with a secret, craving for appreciation.

“Welcome back sir,” they chorused as if staged.

The manager, a hulky man surfaced from the crowd and started with an ebullient nod towards Tobi, preceded by deep musky cologne. His well-laundered shirt strained from his visibly hard a heart. Kunle’s face split a merry contrast to his body as he greeted Tobi and showed him to a leather seat hurriedly set by staff in the middle of the tiled floor. Tobi looked up appreciating to the man as he helped him settle. The manager obviously had acquired more build in a few weeks.

“Thank you.” Tobi mouthed to the macho and even more loudly to the room. “Thank you all for everything.” The room fell quiet.“For your concern, prayers, consolatory messages, and most importantly, your drive and commitment to the growth of the company. For all of it, I am really grateful.”

“You’re welcome Sir” a voice roared from behind. Soon it was joined by others and delightful howls.  “It’s good to have you back Sir” another called.

“We missed you Sir.” said another.

Tobi nodded acknowledgement to the group of devoted employees. And as many as he could, he showered with commendation. For since his servitude days, he’d learnt the power of commendation-especially its trigger on the human mind, intoxicating the maximization of abilities, thus bettering outcomes. Truthfully, a boss with a great initiative was the anchor to a thriving business. But without a dedicated team, all of it was unachievable. Thus, the essentialness of a mastermind team-the chord.

A tap on his shoulder drew his attention from the crowd. He turned behind to Dimeji’s lit face. Dimeji made a joke about his identity to keep away until the end of recovery. They laughed together and hugged.

Tobi motioned an appreciative sweep at the group as they parted. “Thanks, bro for holding everything together.”

Now Dimeji’s brows quirked “Stop it! Why are you thanking me for doing my duty?”

“I hope you’re much better Sir?”A voice pitched from far behind.

“Yes, yes, I am. I’m getting stronger by the day”. Tobi flexed his muscles to that, throwing the crowd into a frenzied laugh.

The group chorused a hearty welcome one last time, before each dispersed to their various offices, leaving the Manager, Ladi and Dimeji with Tobi. Despite Tobi’s refusal, Kunle made certain to help Tobi to his feet. Tobi gave up. There was little he could do but allow the man. He whispered his appreciation and watched the man go. They would be seeing much later in the day- a lot needed to be discussed.

Tobi, Dimeji and Ladi took the elevator, and soon they arrived at the sixth floor. The door dinged open,

Tobi was first allowed out, then Dimeji and Ladi.

In double strides, Dimeji reached his friend and slowed maintaining Tobi’s pace. “I’m sorry I haven’t been to see you. Work has been crazzzyyy in the past week.”

Tobi dismissed in a manner showing in-consequentialness. He knew too well the demands of their job. Dimeji inquired next about Pelumi. Readily, Tobi supplied news of her first memories and smiled at the surprise on his friend’s face.

Ladi again flew past them and let open Tobi’s door for both men as they passed her desk. She’d turned something of a concierge in the past minutes. Tobi was unsure he could take any more fuss even from her.  Midway through the door, he paused, barely noticing Ladi’s quick flight, as he soaked in his well aired and scented room. The oval-shaped office was the same as he’d left it. It almost felt like he never left. In part, he never had, for his mind was constantly riveting here.

Tobi caught Ladi dash out from the corner of his eyes, and then in again with a thick brown file which she dropped on his indication. She turned and left, dismissed until a later time. Tobi watched the vibrant woman walk away, slightly puzzled on how she functioned in eight-inch stilettos and really tight skirts. Not like he had problems with it. She could strut around in towers for all he cared, as long as she got his work done, and remained efficient.

“So, how is the Celox building coming?” Finally, Tobi sank into his plush leather seat, seeming overly content.

Dimeji grinned from his silent study of Tobi. “I’m sure it missed you too. We all did.”

Tobi threw him a whimsical look. “You’re such a mind reader.” Dimeji was referring to the seat, the office, and everything in general, he knew.

Dimeji too finally plopped into an empty seat across Tobi. “Celox is going well. We just completed the interior.”

“Wow!” Tobi puffed pleased and impressed with the development.  “That was quick, that took what, six weeks.”

“I told you we could handle it” Dimeji’s voice bespoke well-earned pride. Tobi nodded. He couldn’t agree any less.

In the next minutes, Tobi was riveted in Dimeji’s report of the recent project. Once or twice he pitched in suggestions, but Dimeji seemed to have it all covered-another proof of his adeptness. Most of the architectural work seemed to have been perfected but still, out of habit, and a dire need for perfection, Tobi would do a quick check of it. Dot the I’s, and cross the t’s where needed.  Despite the projects half completion, to Tobi, it didn’t lose its appeal. His heart had begun its excited and anticipatory thaw.

“So, I’ll bring you the plan for Tandi steel when you’re settled.”

That ended the discussion.

Tobi flicked over his cluttered desk. Deciding to start from the first, he started to reach for the topmost file with the eagerness of a candy gifted kid, when he caught an old newspaper on his desk. He took that instead and flipped over to the insurgency piece Pelumi had done months back. It was her last piece before the accident. There were times he worried if she’d lost her writing skill. For his sake, he hoped she hadn’t. That would be almost unforgivable.

Tomiwa was going for a month-long course at Georgia.

“He’ll be leaving by noon I guess. The course starts tomorrow.”

Dimeji nodded and set the conversation rolling again. Soon, words shifted from work to family, and then work again.

Finally, Dimeji rose with the note of the time and started out for the day’s work when he stopped at the exit suddenly struck by a thought. “Has Tega finally concluded investigations on the accident?”

Tega was their detective pal who had handled the accident.

Tobi sat backblasé.“He is certain it was brakes.”

For a moment, Dimeji stared musing into space. He then shrugged a simple demeanour. “Okay then. It’s good to have you back?”

Tobi grinned. “It’s good to be back.”

Shadows At The Crack Of Dawn-Episode 109