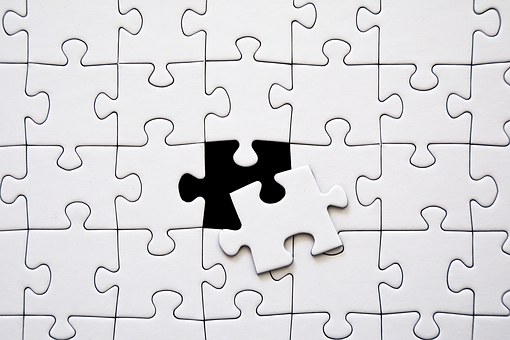 That night, I awoke with a sickening wave of paranoia, a result of a pretty horrible dream. The reality in itself was not any better. That, which was to be my sanctuary, turned an even greater battlefield.

Shuddering, I turn away from the window to the dimly lit room, through to Kamiye’s still form, as her light snores filled the silence. Tonight, even her presence did little to ease my laden heart. I longed for her, felt the urge to wake her, but desisted.  It would be outright unfair and inconsiderate, I reckoned. Besides, she must have worries of her own (not that I knew of). Didn’t everyone have that? I couldn’t possibly be the only one with worries…or could I? I wondered.

I swivelled back and stared out the opened window, into the still night. At twelve, the world was asleep like it ought to be. In reflex, I took a glimpse at my bed, I should be in that if not for the series of disturbing dreams, which I couldn’t even remember.

Brushing off the chill of fear, I let my mind travel through more important matter like Father’s visit in the day, slowly re-enacting every action and vibe, especially between Tobi and Father. I might be Amnesiac but I am neither stupid nor blind. I felt deeply that something wasn’t as it seemed.

A cool breeze whipped past my face. Mechanically I shut my eyes to better soak in its feel and tranquillity against my skin, suddenly carrying me to a different time and place, but with a similar view as my spot at the window.

I am awakened by the loud revving of a car. My insides recoiling with fear, as the driver climbed out, a mystery man with an unveiled identity until he turned. It was Father! And he had the deadliest scowl in his eyes. It felt strangely unfamiliar yet comprehensible. Impulsively, I froze and backed away, thankful for the distance, which now stood as my only form of defence. And then it was gone.

My lids flung open in a jolt, back to reality as I am momentarily stunned at my distance from the window, almost deeming the experience of the last minute, not so much of a trance but as much reality.

Now paranoid, I started towards the window half expecting he would be there again with those eyes. I am as partly let down as relieved at the empty grounds below with zero life, and not even a trace of the tortoise-shaped car. I withdrew again strangely aware of some presence. With low breaths, I watched the window from a distance, but not so far to see the parking lot so I could catch any movement. My ears burned with silence, my skin prickled with bumps, as seconds passed into minutes, yet no one appeared.

It might just be in my head, perhaps repressed memories, I realized as I finally tiptoed back into bed long moments after, yet frightened, but careful as not to rouse Kamiye or ruin her good sleep. I must have been so weary, for surprisingly, almost as soon I touched the bed, I am whisked to deep sleep.

The next morning, I am awakened to the prick of a needle, and would have lashed at the nurse had she not offered a quick apology. Kamiye soon surfaced from behind her, replacing the nurse and offering a gentle massage where the fluid had gone past, which still hurts.

“Good morning.” She offered cheerily and informed me that Tobi had been here to see me. She also explained that he was now at the Doctor’s as he’d awoken with severe pain on his leg.

“Is he alright?” I asked concerned, hoping it was not a setback in his recovery as I know how bad he wanted to go home.

“I believe he will be.” She offered with such familiar ease that soothed assurance. How Kamiye managed to be cool in the midst of all, I cannot understand.

A glance at the clock, and I knew I had over-slept as it was almost mid-afternoon. Not that I had any place to be, but I wish I did, rather than living through the same routine and surrounded by people with something of sworn secrecy.

Truthfully as tired as I was of the hospital, the thought of normalcy was scary. What would it be like when I return home, will I return into my life like this never happened, will my past interest me and if not what would be my new interest. All of these questions plagued me.

“Are you okay?” Kamiye inquired, running a gentle hand across my temple. The action cast a reminder of my face I still was yet to see as the matron appeared, this time for my morning bath.

“Really?” Kamiye questioned as reality dawned. “That will be fixed today.” She promised as she guided me out of the bed and helped peel off my clothes, replacing it with a towel. I watched Kamiye as she rolled up her sleeves, and took off the familiar traditional beads on her wrist; her symbol of royalty.

Kamiye was no mere individual, she was of royal blood, a born princess whose only give away was her natural regality and her aristocratic grace, which was inherent in one from a strong Yoruba empire. That considered, She never blew her horns like any of her calibre would. Kamiye was the perfect example of what royalty should be. Despite growing in a home full of maids, her selfless servitude was astounding. Undoubtedly, She would make a great queen, except the crown, naturally belonged to her brother in any advent of their father’s death. Like every other empire, the royal seat traditionally was occupied by males since generations before.

My towel was soon discarded as I strutted unashamedly to the bathroom, uncaring about both women’s gazes. In the past, I had been especially uncomfortable with it, but that was now gone. It no longer felt weird having their gazes on me. I was either more comfortable in my own skin, or with both women.

The shower was quick, and as usual, the cast was wrapped and kept out of water.  I wish I didn’t have to be such a burden to anyone. I have to learn to function properly with my uninjured arm.

Soon, I was dressed in a knit cotton grey length gown. It was comfortable. And for the next moment, I sat still and allowed Kamiye to work on my braids, styling it with utmost care. Thankfully, she had not forgotten about the mirror and soon retrieved one from her handbag, raising it towards me with a catlike grin on her face.

I took it from her, and stared long and hard at myself in awe, soaking in and re-accustoming my brain to every single feature, from my huge blank but yet knowledgeable eyes, to my full lips in a light shade of pink-a huge contrast to my dark skin, my small button nose-far different from Kamiye’s huge ones (which didn’t make her any less beautiful). I looked up, caught her smile, and smiled back, utmostly grateful she was not a mind reader.

I looked back to the mirror, now starting to see the similarity between Tobi and me, only differing in my softer features, thinner brows, and a fresh scar at the side of my head-an obvious telltale of the accident.  It is unimaginable how two persons could look so much alike. It felt…criminal, and yet exciting in a way of course. For on this face stood an uncanny proof of kinship with Tobi, a remarkable genetic trace to the past in father, and a mirror to the future in the twins. There was just one missing factor, very likely the source of my softer features.

Kamiye’s look was that of utter ignorance. There were no answers, I soon realized. I returned my glare to the mirror as if searching for answers in it. And the longer I glared at myself, the more accustomed to my face I grew.  I thought my hair fascinating in its neat pile on my head. And then it struck that I had done this about a thousand and one times.

I blinked, and so did my reflection, and repeated it a couple more times even more rapidly, and I am as equally fascinated as the first time. I pulled a few funny faces, each distortion uncovering tons of expressions I could make, that resulted in laughter from Kamiye. I turned to her in appreciation, thankful that she is always around. I wonder how I would have coped without her.

“Oh wait.” She said and dashed to her handbag with the inscribed letters ‘LV’ sprawled beautifully all over it in a somewhat dizzying way. She soon returned with some earrings, a pair of bright stoned studs, the brightest I have probably ever seen. I allowed her clasped it upon my ears and glared at my reflection from side to side, suddenly overwhelmed with an urge to step out of this four walls for the first time since my wake from a coma.

“Can I take my walk now please.” I batted my lids in a stage-like manner that generated another heartful laughter from her.

“Sure.’ She offered as she and a nurse guided me out the door. In-between her tireless fuss on our way out, I fought to stifle growing laughter. Jeez! It was only a broken arm and not a broken body.

The passage smelled of drugs, almost choking. I sucked in a quick impulsive breath and managed a walk as my stomach churned in the rise of a puke. As we neared the stairs, all thoughts to the sickening air soon dissipated at the sudden crash of hysteria, for in my eyes were jarred flashes of a form tumbling down the stairs.

I turned to her with a gentle unsure shake, then back to the empty spread of stairs like I’d seen some ghost.

“What? I don’t understand”

Speechlessly, I watched the matron dash for the stairs in brisk inspection, half-expecting she’d see a form to assure my sanity. It didn’t happen.

“What happened?” Kamiye shook me again unmindful of my unresponsive glare at her.

I barely could explain the illusion to myself, talk more of a second party. Were they even real?

I drew in a laboured breath, trying to calm myself as the matron returned murmuring that all was well, and gently nudged me to the stairs.  They must think me crazy, yet I followed their cue.

In a twinkle, every last shred of calm stripped as the same flashes returned more detailed and violent than the first. I jerked to a stop. “I can’t go there! I can’t!”

The suddenness of the halt caused a sharp pain in my arm, one I would have felt if I were not so clouded with memory or reality? There was a thin line between both.

“I can’t! I can’t!” I spoke in clear hysterics, clinging to Kamiye, now certain this was no imagination as the shrill scream rang even louder in my head.

My gaze flew to hers, somewhat surprised at her confused face. Which later justified the surrealness of the situation. That meant only I had those flashes…I broke a dejected heave, almost unsure of what reality and unreality were. “I…I…Someone fell off the stairs.” I muttered.

Shadows At The Crack Of Dawn-Episode 13

Shadows At The Crack Of Dawn-Episode 87