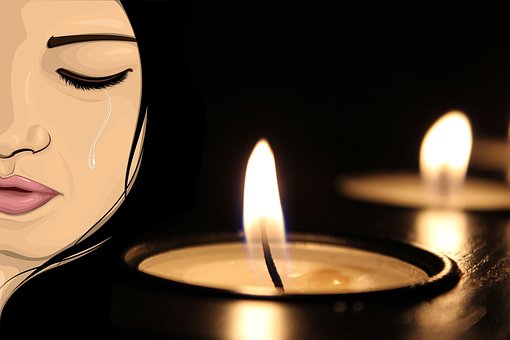 Tobi leaned supportedly into the sticks wedged underneath his armpit as he shook hands with Dr. Ajayi, and listened with an open-hearted smile as the therapist ran through the next therapy session, and a long list of do’s and don’ts before he unaidedly stepped out the door. It was only a walk within the hospital grounds, yet it felt like more, as it was indeed his first real steps since his brush with death. Walking with crutches was not such an easy feat but it sure beats having to be wheeled on a chair.

Tobi walked the quiet hallway with the quick expertise of one long accustomed to walking on crutches. His movements laced with silent enthusiasm and vigour. Thinking perhaps the faster he caught up with those sticks, the faster he will be rid of them and begin to use his foot again.

According to the therapist’s prognosis, in six more weeks, he’d be off the outrageous cast. And without even meaning to, Tobi had begun a mental count down which he considered a full return to work, not to diminish Tomiwa’s effort in any way. Truthfully, Tomiwa was a good business partner. Not only had Longe construction thrived in the past six weeks, but Tomiwa in spite of his incapacity had also made sure to always consult him and put him abreast on any matter of importance. Tobi had made some smart choices in life, partnering with Tomiwa eight years ago was surely one of them.

As Tobi neared Pelumi’s room, thoughts of her wore on, budding to an even deeper struggle as he stopped by it. Should he make the entry or not, he wondered as his fist raised to the door in trepidation. But on second thought, he turned and walked away instead. Preferably he’d wait to visit Pelumi whenever Kamiye retuned as she had gone to collect the boys from school. That way, he could avoid the deep guilt at alone times with Pelumi, couple with that bland and questioning glare.

Tobi in his own world battled demons. And only recently added to the list was the inappropriate tinge of joy at Pelumi’s memory loss. Perhaps now she could start afresh, unencumbered by her past hurt, pain and suffering. But on second thought, a regained memory meant true healing, and he would rather have that, have her face her ghosts than the cowardice approach of forgetfulness.

Despite that, there were improvements, as she’d begun to warm up to him and the twins. Prior to Pelumi’s diagnoses, he’d never heard of the existence of such a word as ‘male phobic’.

A door suddenly came open at the end of a hallway, drawing Tobi’s attention as he watched a doctor’s head poke out, his gaze searching the hall in a suspicious scan. It finally stopped on Tobi with a direct intent as he stepped out the door, beckoning to some unknown person in the room.

Tobi frowned at the strange scene with the familiar doctor whom he’d never yet shared a conversation with. And from behind, the beckoned emerged, robbing all sense of reasoning. “Father!”

“What are you doing here?” Tobi blurted, stunned at not only his father’s appearance but the deputy controller’s.

Without words, Femi crossed the little distance, stopped unsurely before his son, and embraced him, throwing caution to the wind. Tobi stiffened, Femi felt it and braced for a lash, but instead was caught unawares when Tobi’s hand unprecedentedly wound limply around him. The embrace although brief and tension-filled, touched Femi in the softest of places. For Femi, his tension was born of guilt, insecurity, unbelief, and unworthiness of Tobi’s forgiveness despite the younger man’s assurance. Tobi’s was different. His, on the other hand, stemmed from the remoteness between him and the man whose presence was void at the most crucial parts of his life.

Femi pulled away and looked into the face of the younger man, baring his joy to him.

Tobi caught it, and something else. The worry lines on his father’s face that had somehow since his last visit accentuated his aging process.  And somehow, he could tell he was the cause of it.  He knew he should have called. Guilt ate at him. “I’m sorry I didn’t call to let you know how things were.”

Femi with a shake of head dismissed it, transferring his now misty gaze to Tobi’s leg.“Crutches?”

Tobi nodded anyway to the obvious rhetorical question, breaking eye contact with the man to avoid further empathy as he asked if he was okay.

“Yes father, but why are you here?” Tobi queried his almost impossible presence at the hospital but winced as he realized the impropriety of his words.

“It’s okay.” Femi offered as though reading his thoughts. He’d long come to terms with the strained relationship with his son. “I had to see you both for myself. I had to know you are well. So that’s why I’m here. To see you and your sister.”

“I know. What I really meant was how did you break through prison?”

Femi noticed the strain in the last word, hanging like some prohibited utterance.

Tobi redirected his gaze to both men behind him who had started forward. The deputy controller he knew from short visits to the prison, whose presence with his father was still a puzzle. Tobi took the man’s extended arm as he thanked both men whose faces relayed no emotion.

The doctor on acknowledging Tobi’s appreciation sprang into a walk, reminding them of the riskiness of their situation, urging them to do the same. And as Dr. Femi raised a fist to Pelumi’s door, Tobi’s heart constricted, wondering if this was indeed a good idea.

Shadows At The Crack Of Dawn- Episode 56