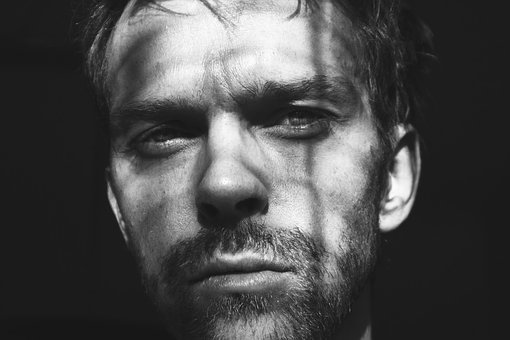 Pelumi’s blank stare the next morning, further validated the Amnesia and mild aphasia diagnosis, dashing Tobi’s earlier optimism.  All morning, her eyes had kept darting strangely around the room, further emphasizing her unrecognition. In particular, Tobi could no longer stand her wary watch of him, the boys and every man who had walked into her ward. It was driving him nuts; as he was out of ways to prove they weren’t the mean ogre she thought them to be.

On her memory loss, there was nothing to assure its quick return. The psychologist had stated, as he also was in the loop on its degree, whether temporary or permanent.  In his exact words “Only time and the extent of the impact of the blow on her cerebrum can tell how much longer.” Nothing else could be done, except rely on her brain to do the work.

For the ‘male-phobia’ puzzle, she’d been referred to an acclaimed psychologist, Dr. Halima, who had shown up almost at summon, and now sat unperturbed on a plastic chair stationed by her patient’s bed for better access. Dr. Halima had appeared in a crisp brown suit, with her hair forming a huge mass of afro atop her head. From the corner of the room, Dominic regarded her from the patient’s view and wondered how the lady did not think the psychologist scary or worse, crazy.

“Pelumi, it’s me Tobi, your brother” Tobi tried again striving for recognition. But as before, his introduction was met with a devastating silence. He ran a palm over his head in frustration.

Dominic felt a tender sting in his heart. It was galling what the family was going through. First the accident, then the ensuing breath-numbing weeks, and now, this. Her constant wary looks were not helping at all.

Dr. Halima ended her scribbles with her pen making a click of finality as she faced her patient with a warm trusting smile. Pelumi’s eyes flew alert in an obvious struggle against sleep.

“I think Pelumi might have suffered some traumatic experiences in the past, which has eaten deep into her subconscious.”

Tobi watched the psychologist and weighed her words thoughtfully.  First, he looked to the lady on the bed with the heavily drooping eyes, and then back at the psychologist. “I really don’t know. But we had a rough childhood.”

“Tell me about it.” Dr. Halima dropped her pen and laced her fingers together, gracing Tobi with total attention.

Tobi shot his wife a look with an underlying message. Kamiye shuffled to her feet, pulling her kids along with her. “Come on boys, let’s go get that snack we talked about.”

“I hope aunt Pelumi would be fine?”  One of the boys asked their mother as she steered them towards the door. Both glancing back, at their now sleeping aunt with a concerned look.

“Will she stop screaming, and let us come close when we return?”

Kamiye looked at the smiling psychologist whose eyes were hopeful, cool, professional, but void of any promise.  “That’s what the doctors are working on.” she told them as she steered them out. One of the boys could be heard complaining about how much of a heavy sleeper their aunt had become as Kamiye shut the door. Dominic smiled.

Moments after their departure, an uncomfortable silence hung in the air. Dominic figured he might be the cause.

“Am I intruding?” he inquired from the window side he stood.

Tobi’s lips curled up a wry smile with a shake of head. The expression struck home a strong resemblance between him, and his sister, and announced their shared similar features; the most notable of all was their eyes. Pelumi’s feminity played the only contrast. For where Tobi’s was rugged, Pelumi was soft. Tobi turned back to the psychologist.  “Pelumi and I grew up apart, so I know very little about her life. I mean only the part she lets on.”

Apart from the obvious facial features, Dominic had also noticed a few behavioral similarities with the siblings. The most evident were; confidence and nerve that strongly emitted from both individuals. Even in the woman’s blank state, he had caught a trace of both. Dominic needed not to be a psychologist to understand each personality.

“Father and Mother had some issues before our mother’s death. I was never really home to witness it, but Pelumi was.” Tobi’s eyes had strayed back at the still gentle form on the bed.  “She used to fill me in on everything, their quarrels included. I had witnessed a few during the holidays. Father always had drinking problems. But it all escalated when the family business collapsed. The alcohol probably triggered the violent part of him, and at such times, he vented his anger and frustration on anybody and everybody. Mother especially.”  A slight almost unnoticeable hitch in Tobi’s voice gave away his schooled composure. The man would sure rather die than put his vulnerability on display.

“I saw him hit her twice when I was home for holidays.  He’d blamed it on her nags. He said he couldn’t have any more of it.” Tobi paused with a twist of his mouth, and an indifferent shrug. “One day, they got into a really serious fight, which was not new. Except that day things got out of hand. After my failed intervention, father pushed mother down the stairs, she hit her head, and died.”

Dominic inhaled sharply. The psychologist, on the other hand, seemed the least surprised, or if she was, she didn’t show it.

“So what happened after then?” Dr. Halima asked, her eyes relaying no expression.

She probably heard worse stories in her profession.

“Father was sentenced to life imprisonment for manslaughter. I had gained admission to the university that year. So that was my escape route.” his shoulder slumped visibly in regret. His eyes were back on Pelumi. “Our Mother’s sister took Pelumi up since no other person from father’s family volunteered to. I checked on only a few times.  I thought she was in safe hands so I didn’t really see the need for constant visits.”

His voice again was laced with emotions he struggled to keep out. The man obviously was not used to baring his soul, Dominic figured.

“I was struggling to make a life out of myself, paying my way through school and all. I was going to come back for her after I had made something out of myself.” his last sentence sounded like he was trying to convince someone, more like the still form as he looked back at her with silent longing.

“I really can’t remember much of what happened. There were no mobile phones back then, so I couldn’t communicate with her. But we exchanged letters a few times. And when I did visit, she seemed fine to me. I returned for her six years after I was done with school, and employed. That was when I found out she had gone missing.”

Halima raised her head from her pad, her pen pausing mid-air interestedly. “Missing? What happened?”

Tobi shrugged “I don’t know. For months, we searched for her, visited every media house, police stations. But still, we couldn’t find her.”

Dr. Halima clicked her tongue thoughtfully “So where did you find her?”

“We didn’t. I recently found her two years back. She had done an article in a newspaper then.”

Dr. Halima’s eyes widened. “How long was she missing for?”

Dominic and the psychologist gasped in unison with Dr. Halima’s sounding a bit more dramatic as genuine surprise flooded her face, a proof to Dominic she was human after all.

“So where was she for fourteen years?” Halima screamed the words right out of Dominic’s mouth.

“She never talked about it. That was one topic she never disclosed. The closest she had referred to, was making way for herself on the street.”

Dr. Halima shook her head with a noisy click of tongue. When she spoke, it was with such great certainty “It’s obvious something had ticked her off at your aunt’s place.”

Impulsively Dominic’s gaze shifted to the sleeping woman in respect.

“I bet she had it rough on the street.” The psychologist also could not seem to take her eyes off her. “Can I see your aunt?” she turned to Tobi.

Both pairs of eyes glared at Tobi in disbelief.

“I lost contact with Aunt Yemi about ten years back. The last time I checked, her house was sold out.”

Halima’s frown deepened. “That’s serious. So you mean all those years she was at your aunt’s place, you never really communicated with your sister?” Halima’s eyes narrowed in slits.

Tobi hated the psychologist’s inflection, and he let her know from his cold stare. Halima smiled unflinchingly, sending him a cool stare void of condemnation. Her job was to help and not play the prosecutor, and she would never cross it.

Tobi cleared his throat with exaggerated emphasis. He then began with an unmistakable edge to his voice. “We exchanged a few letters.”

“Was there anything unusual in them?”

“No, she never gave me the hint that anything was wrong, not even when I visited.”

“Well, something from her past had affected her more than anyone knows.” She stated matter of factly. “What I don’t know is how far back. Your parents, your aunt’s place, or the street.”

“Well, I agree she is messed up” Tobi agreed. “Because when I finally found her two years back, she was …”

“Yes, different! She was nothing like the innocent kid I knew. She had this…hate and anger that I can’t really place” he groped for the right words “like…like there was some terrible stuff she had bottled up”.

Halima nodded like she understood. “You said you saw her name in the paper?”

“Yes, she is a journalist. She had done an editorial for a newspaper.”

Halima jotted a few notes, and turned a speculative look at Pelumi.

“Do you know any of her friends?’

Tobi returned his attention to the psychologists. “None. Except for a young journalist she mentors. Eniola.” His brows wrinkled in concentration. “She is not a friend per se. It’s more a boss-subordinate kind of relationship.”

The lady had visited Pelumi during coma. Dominic had a faint recollection of it.

Tobi shook his head. A clue began to form in his head just then. One he had never thought of. “No boyfriend and no male friends I know of.”

“I really wish I could see your aunt, and possibly your father”

“He is serving time in prison.”

She nodded, indicating she had not forgotten. Halima scribbled a few notes more, then shut her pad.

“That will be all for now Mr. Longe, I shall see you tomorrow.

Tobi nodded and watched the woman tuck her gadgets and note into her bag. She dusted an invisible speck off her pants and rose to her feet. She thrust her hand forward, and Tobi took it in his firm grip.

“You’re welcome” she nodded, and glanced briefly at the already sleeping lady, as Dominic escorted out of the room.

Tobi took advantage of his sister’s sleep which was one of the few rare chances he ever got to get close. Gently, he led himself to her bedside, careful not to make a stir. He fought back the urge to touch her, lest she awakened, and watched her instead in sadness. “What got you so messed up P?”