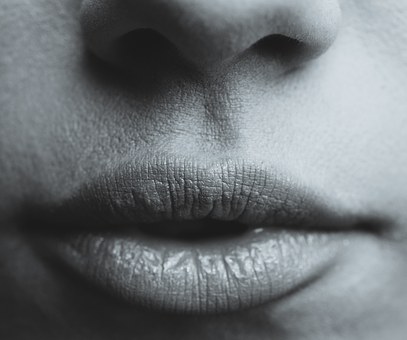 The ball bounced a couple of feet from Dominic and rolled towards him in a quick motion, stopping as he pinned it underfoot, before kicking it back to Kamsi. Without an attempt to reach for it, she watched uninterestedly as it rolled past her towards a few kids playing a game of tennis. Anjola retrieved the ball from a boy about who helped return it and mouthed a few words of thanks. Kamsi ignored the boy’s stare, as he walked past her, still very much in a mood. Her countenance was more than enough indication she was not particularly interested in the game or any other at that. Since Dominic had opened up about Sarah’s death, Kamsi had lost interest in pretty much anything. Not even a visit to her favourite hangout spot could bring her out of funk. Anjola tried again, this time, cajoling with a game of scrabble. Kamsi grudgingly accepted, but he could tell her mind was not in it. He was sure she would opt out midway into the game, just like she had done with football.

Dominic watched Anjola whisk his sulky daughter to a bench under a thatched roof, wishing he had never told her about Sarah’s death. He probably would have lied about it if he had known it would take this much toll on her. He would have said anything else, anything to spare them both from this grief. Last night, he had cradled Kamsi as she cried herself to sleep. Sometime in the night, she had woken again, calling for Sarah, and then broke into an outburst of tears that lasted almost an hour, before she slept off again. One thing he had learnt, and would never let happen, was allow his daughter to get attached to a patient. That way, it was best for everyone.

Dominic joined the short queue for ice cream; one of Kamsi’s indulgences. He shifted slightly to let a few little girls chasing a kite run by, let another little boy run through with a few other kids, and gave a low sigh at the rowdiness of the park. Saturdays were forever the busiest days at the park.

“Hello, doctor” a woman called behind him, purring lazily on her last word. Even before turning, he knew that voice. “Mrs Savage,” he said as he turned to her with a plastered smile on his lips. He had purposely addressed her with the title and last name.

“Chioma.” she corrected. Smiling and winking suggestively at him like she always did.

“Oh,” he mouthed in pretence like he had not remembered her first name. Even if he did not want to, how could he not, not with widow hitting persistently on him. “How are you?”

“Fine.” she answered, still grinning. Her gaze swept over him in clear admiration. Dominic did not miss her appreciative stare at his chest. He hated when her eyes stripped him that way. Chioma lost her husband a while back; it was pretty obvious she was lonely. He just was not interested in greasing her rusty wheels.

“How are your kids?” he asked, looking behind her shoulder.

“They are fine.” She pointed at them at a spot not far off. All three boys waved at him almost immediately he looked their way like they had been awaiting it. “I saw Kamsi over there.”

Dominic nodded in response and moved forward as the last customer went away with her purchase. He ordered two strawberry cone ice creams just the way Kamsi and Anjola liked it, vanilla for himself, and paid for it, and also Chioma’s purchases as she pressed unexpectedly from behind and placed her order, intentionally pressing her chest against his back. Dominic gently steered his way past the sex-starved woman. He nodded at her appreciation and hurried away in quick strides. The truth was he was fleeing from Chioma like he had been doing in the past four months. No denying the fact that she was attractive, but he would never bed a woman like her. Not one with three kids. What women like Chioma wanted and needed was a husband who could take care of both her and her kids. And that he could not be. Dominic was not the steady relationship kind of guy. Besides, Kamsi alone was a handful. He could not compound things with three more kids.

By the time he got back to the hut, Kamsi seemed more involved in the game. Her face brightened up a split second as he passed her the ice cream, and then it returned back to its mask. He sighed in exhaustion. He had barely sat five minutes when his phone rang. He pulled it out of his pocket. It was Eucheria. Her call meant there was some emergency. He clicked at the receive button and answered. His back jerking straighter, eyes flying alert, Dominic echoed Eucheria’s words in a near shriek “The comatose patient is awake!”

Shadows At The Crack Of Dawn-Episode 67