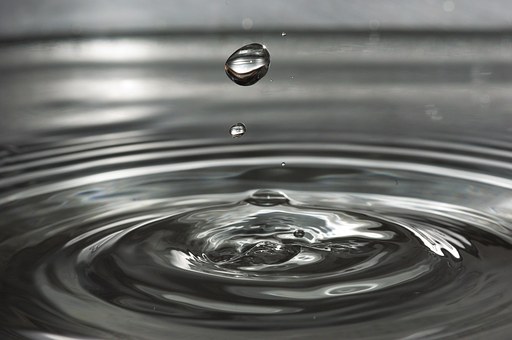 The past three weeks have been the most agonizing weeks of Tobi’s life, faced with the harsh reality of Pelumi’s comatose state, and his confinement to bed rest and therapy to help his leg heal. No one could possibly understand how frustrating it was being just doors away from his sister, yet unable to see her. Although the doctors commended his quick improvement, he sure did not feel like it. The only time he would agree to their assessment was when he returned to his old self, when everywhere stopped hurting, and he stopped feeling like he had been dragged under a train.

Overwhelmed by guilt, he conjured up a million ways he could have stopped the accident from happening. The police had painstakingly assured him that there was nothing he could have done about it. The fault was mechanical, the brakes to be precise. It did nothing to purge him of guilt. The guilt he felt could only be alleviated when Pelumi wakes up. He had been looking forward to that since the neurologist informed him about the subsided bump in her brain three days back, and when she started breathing on her own only yesterday. The news had him soaring high in the clouds until he was told of instances where victims could remain unconscious for years while breathing on their own. According to the doctor, they were not making promises and were only hoping for the best just like him.

He turned his head as he heard the hospital door open and watched as Kamiye glided towards him. The past few weeks have been hard on her too. Trying to draw him out of his gloom with promises, threats, pity parties, kisses, and all sorts.

“I really should try to meet her halfway before the despair in her eyes become permanent”, he thought to himself.

‘One step at a time’ and ‘Hope’ she told him. He tried to believe in that, in anything, because something had to keep him going. Even that was beginning to thin out. The doctor also never failed to remind him how lucky he was. His soothing words had become a sort of mantra that most times pulled him out of frustration and depression. He had heard about the good doctor’s part in their rescue. They were eternally indebted to him.

Tobi turned to the sound of Dominic’s voice as the door opened again, and nodded in the affirmative. For the first time since his admittance, he was leaving the walls of his bland white-coloured hospital room to see his sister. He was nervous, prompting Kamiye to beam at him and give him a reassuring rub on his back. A nurse appeared, carrying in a wheelchair, followed by a second nurse. She unfolded it and placed it by his bedside. Together with the other nurse, they helped lift him to it. Getting on the chair was a much harder task than he thought. He shut his eyes as pain shot up his legs. His whole body ached and felt numb from being bedridden for so long. Out of nowhere, he imagined his twin sons witnessing this scene. He manned up at the thought of that. It was a good thing they were not around to see him so helpless. They believed him to be a sort of superhero. The last thing he wanted was to dampen their wild imagination. Tobi smiled at the absurdity of his thoughts.

“Are you okay?” Kamiye asked bending to level her face with his.

“Very much” he smiled in reassurance.

Not the complete truth, but he was not about to admit otherwise. He could not stand even the tiniest bit of fuss anymore. Besides, he would do anything to spare Kamiye a whole day of worry; already she looked weary and drawn from too much of it. She has experienced enough worry to last a lifetime.

Volunteering to wheel him, Kamiye stepped into the spot behind him where a nurse had vacated, took the chair by the handle, and began pushing him gently at the doctor’s nod. Despite knowing what to expect, Tobi could feel his heart beat wildly as they neared the intensive care unit, and he braced himself for whatever as Dr. Dominic pushed the door open. Nothing prepared him for the shock. On the bed laid a still form with various tubes connected to her with the silence of the room interrupted only by the quiet beep of the machines; the machines keeping her alive. Tobi sucked in a deep breath as Kamiye led him to the small frame that is Pelumi. It was hard to link the strong-willed woman he knew, to the frail, almost lifeless form on the bed.  This woman was different. She exuded too much vulnerability that threatened to drive him to tears. Tobi let his gaze sweep over her form starting from her bandaged head, and lingering on her facial features. The sheet she was wrapped in did nothing to hide her evident weight loss. Thankfully, her face was not affected. He was glad no damage had happened to that. If there had, she was sure to kill him when she awoke. Pelumi was a sucker for beauty.

Tentatively, Tobi reached out and gently touched the fingers of her uninjured arm. They were cold, almost lifeless. Unashamedly, he let the tears flow freely down his cheeks “I’m sorry Pelumi. I’m really sorry.” He bowed his head and sobbed harder. Immediately, Kamiye laid a comforting hand on his shoulder as she also sobbed quietly.

Dominic stepped back, the nurses did the same, affording them privacy, but close enough in case they needed them.

“Doctor,” Tobi called in a strangled voice from crying, “there’s nothing we can do?”

Dominic shook his head. “We have done all a human can. Now, we pray.”

Tobi looked back at his sister. Just a close look at her had dashed any previous hopes of recovery he had built. Tobi was confused and hurt. He didn’t know what to do, what to think or believe. Fresh tears came brimming to the surface again, so he asked to be taken out. Kamiye readily obliged and rolled him into motion. A little moment longer in the room, he was sure he would burst into another round of tears.

Shadows At The Crack Of Dawn-Episode 27