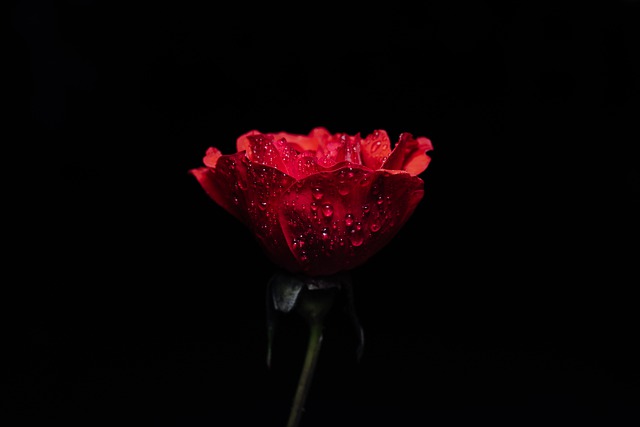 The trip to Mount Sinai hospital was supposed to be for Father, but a part of me hopes to bump into the doctor as well. And as we neared the hospital, I felt the butterflies in my belly come to life.

Alighting from the car, I smoothened my shirt and brushed an invisible crease from it as Tobi, Kamiye and I made it into the hospital. Aunt Yemi was waiting in there as she had not been informed of my release from the hospital.

“I’m so sorry, I forgot to tell you I got discharged yesterday.” I started as Aunt Yemi jumped from her seat, her face radiating a big smile, obviously thrilled at my recovery.

“It’s fine. All that matters to me is that you are well.” She embraced me, taking both Kamiye and Tobi in a short one afterward.

“Have you been here for long?” Kamiye asked with concern.

“No, just a few minutes. Don’t tell me you all are here because of me. You could have just given me a location and I would have been there.”

“Not really.” I supplied, turning to Tobi for rescue.

“Actually, we are here for Father.” Tobi started to explain and in the next few minutes, he briefed her about father’s ailment. Aunt Yemi’s bag dropped off her arm to the ground at the mention of deadly cancer. Her reaction was dramatic. As if to bear down the gravity of father’s sickness, she locked her palms on her head in despair and matched back and forth dramatically muttering some words of despair. I bent to retrieve her bag, when she finally halted before Tobi, taking her hands off her head, and then folding it across her chest instead, as she hugged herself tightly. I knew exactly how she felt because I had also been there.

Tobi linked an arm with hers, and led her up the stairs, while she stared into space unresponsive. The policeman manning Father’s door this time was different and so he asked for our identity and only moved aside after a brief introduction from Tobi. Not to mention that Tobi’s resemblance to father must also have spoken for itself.

We met father on his back as usual, except this time, he was awake. His face now a shadow of its former self, formed into a smile as he sighted us. And immediately, he started to push himself to a sitting position. Tobi hurried to his aid as I swallowed a gasp, seeing that my Father was shrinking, deteriorating at almost every single minute. His once-bright eyes now held sorrow.

“Tobi.” he cleared his croaky voice as he identified me as well.

This would be the first-time father and I would be finally meeting after the meltdown on his last visit, and as he called for me, I couldn’t seem to find my legs until Tobi summoned me forward. I stepped beside Tobi, drawing some strength from him as the darkness started to suffocate me under my father’s knowledgeable eyes.  But somehow, I could feel the fear and anger ebb away, replaced with compassion and love.

“Thank you.” He simply said like he knew I had forgiven him.

I nodded, unable to bring myself to talk.

“Do you feel better?” My voice sounded choked as I tried to contain it.

“Maybe a little.” He provided with a strained smile. With surprisingly trembling hands, I reached for his hands, they were equally trembling in mine. “I just want you to know that all is forgiven and forgotten. Now let’s just concentrate on your healing.”

“Thank you, my child, for everything. This means a lot to me.” He said as tears started to spill from his eyes and not until tears dripped down my chin did I realize I was also crying. Tears continued to spill down his eyes. Pent up tears for lost years and many more that he would be deprived of. Now he turned to Tobi, took his arm, and gently placed it over mine, before covering it with his again. “I’m sorry I let you both live terrible lives. I’m sorry I took away your mother and denied you of a proper childhood,” he said his last word mostly directed at me “I’m sorry for depriving you of a proper family.”

Father turned and he seemed to go pale. Even his hold on our arms seemed to have tightened and from the deadly look in his eyes, I could tell that he’d only just noticed her.

“What do you want?’ Father barked, letting go of our hands in that instant. Even in its hoarse state, I remembered that tone of voice while growing up and I shivered. Aunt Yemi said nothing as she stood there mutely without even trying. Something tells me she expected this. What a way to reunite after eighteen long years.

“Father if that’s for me, I need you to know I have forgiven her.” Father turned to me in surprise. “All that happened wasn’t her fault. There was nothing she could have done to save me from uncle Fidelis. She was as much a captive as I was.”

Father stared at me like I’d lost it or I was dumb to have gotten over it so easily. “Please father, let bygones be bygones. I’ve moved past it. I want everyone to.”

For a long moment, Father’s face was hardened and by sheer surprise, his face broke into a smile as he started some eulogy before finally asking Tobi and me to kneel before him to bless us. His words were shortly interrupted by his cough. Thankfully it soon stopped as he took some time to clear his throat.

The discussion from here was lighter, and Father had even begun to warm up to Aunt Yemi, involving her in the conversation.

We conversed with Father until he was spent, and every man took turns to bid him farewell. Aunt Yemi saw him last and with a gentle squeeze on his hands, she thanked him and asked him to hang on. I overhead her promise she will be back to see him as she had some important matters to discuss with him. Father was clearly interested in whatever she wanted to spill but understood the timing was not fine for her.

“Okay, I will be expecting you again Yemi.” He directed to her as we left.

Shadows At The Crack Of Dawn-Episode 90

Shadows At The Crack Of Dawn-Episode 86

Shadows At The Crack Of Dawn-Episode 105