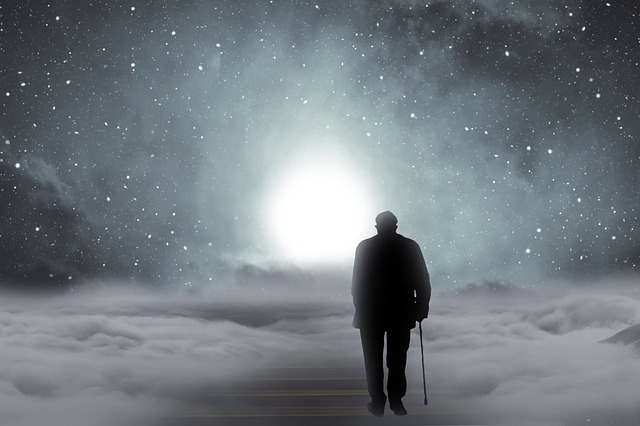 Hi loves, I’m sorry I haven’t posted in two weeks. There was an impromptu update on the blog and I couldn’t post at the time. But we are back now. :D. I hope you are enjoying the story so far. Drop a comment below if you missed me or ‘Shadows’. *wink*

I slammed the door to my Hyundai shut with a little more force that would have made me flinch on a normal day, except nothing about this day is normal. Following were two other forceful slams as the twins and Kamsi alighted, and we all dashed into the hospital on a hurried pace.

I said a hurried greeting to a nurse who somehow seemed to understand my anxiety as she responded.

We took the elevator; the stairs would have been too much for the kids to catch up, and as it dinged open all four of us took hurried flights across the hallway to father’s room. By now, even the kids seemed to realize something serious was going on. Finally reaching Father’s door, the standby policeman, acknowledged me with pity, his stare further confirming my already threatening thoughts.

As we shuffled through the door, every eye turned to us. And from the dejected look on every face surrounding Father’s bed; Kamiye’s teary eyes, Tobi and Aunt Yemi’s sunken glare, I knew the end had come.

Aunt Yemi seemed to be in a haze muttering something under her breath, and stopping as she allowed me through, but not before I had heard mumbled words and lamentations about not keeping her promise about some information she’d wanted to share with him. Briefly, I wondered what she meant, but my attention was soon focused on the still form covered in white, not even Dr. Dominic who peered above him.

Keeping my eyes on the face that peeked from the sheets, I maneuvered my way through the lot and Kamiye shifted, affording me access to the form beneath the sheets, a final indication of his death. But I needed to see him for myself one last time.

My hands trembled visibly and uncontrollably as I reached for the plain white cover and slowly, I started to lower it as hot tears cascaded down my cheeks. I stopped at his neck unable to go any further as I stared at the lifeless face of what used to be my father. The man who’d hurt me, who I’d hated and fought all my life, and whom I now love and I have forgiven, and who was now no more.

At first, I guided unsure hands down his cheek but later more boldly. As expected, his skin was pale, lifeless, and cold. I pulled away shivering. With a painful teary smile, I acted upon impulse and kissed his cheek. Tears splattered across his face as I arose, making it seem like it was from him. Finally, I covered him up again and numbly left the room as Tolu and Tayo quietly watched the man they had never really known; that in itself its own kind of pain. But amidst it all, there was an inexplicable joy, one spurring from the fact that Father and I had mended fences before his death. Because if we hadn’t, I realized I could never forgive myself.

Shadows At The Crack Of Dawn-Episode 80