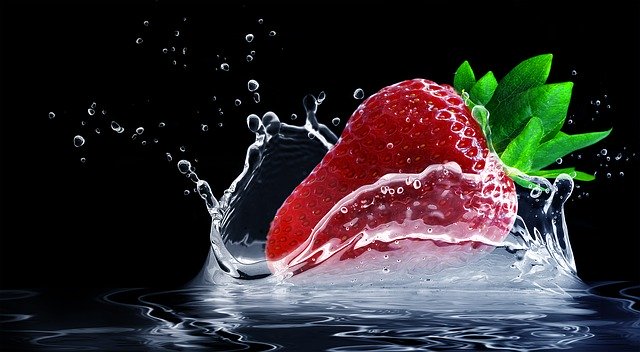 So when I told Kamiye I was going home, she refused the idea and gave me a ton of reasons why I needed to stay with the family, mostly that I need to be monitored and cared for. But in the end, I won but not without a lot of talk to convince both her and Tobi that I was ready to return to my life.

To make living alone easier, Kamiye had found me a maid and a driver and both had accompanied me home.

As I took a tour of my house, it felt familiar yet strange at the same time, that I found myself knowing the grounds on reflex. My house is a Five room duplex, with zero company but the TV. What was I thinking to have purchased such a huge house, I wonder as I toured the grounds.

My loneness was short-lived as the sound of the horn soon drew my attention, announcing Eniola’s presence from the balcony. Watching her pull into the driveway in her sleek ride was such a relief; I had invited her over out of boredom. She climbed out and smiled, sighting me at once as she started into the house, while I started down the stairs to meet her halfway.  Over the past days, Eniola and I were fast becoming good friends.

“We all can’t wait to have you back at work tomorrow.” She announced still dressed in work clothes as she settled into a knitted chair at the corner, while I claimed a leather one.

“I can’t wait either. I am so nervous and excited at the same time.”

“Everyone was talking about you and your work ethic. Madam Ubi cannot wait to have you back in the heart of things.” She announced. “So, you fought nails and tails to return to your house and now you don’t even want to live in it?”

“I want to, but I am bored and lonely and I cannot even admit that to Kamiye, she warned me about it you know.”

“Do you mind sleeping over at my place tonight?” She offered. Of course not, and so in a few minutes, we were packed and headed to her house, leaving a brief instruction for the maid as I left.

Eniola wanted me to look different, so she convinced me into changing my hair as we stopped briefly at a salon. In the next couple of hours, I was donned in a chin-length bob that sure gave a lot of difference and definition to my looks. I glared in satisfaction at my reflection, agreeing with what difference a simple change in hairstyle can bring to the face. My first day at work already was beginning on a good note.

We then continued the short trip to Eniola’s house entertained by Asa’s beautiful rich deep voice in ‘bed of stone’.

Eniola’s duplex was a sight to behold, and we were greeted by her guard undoubtedly in his sixties. A man like him obviously wasn’t fit for the job and didn’t look capable of protecting himself, talk more of a whole house and its occupant. But he was not to be blamed. The poverty rate in the country was alarming, he needed a source of livelihood at least. I watched in pity as he limped back to his post.

“Let me give you a tour.” Eniola grabbed my bag and led me into her house. The house was big and almost competed with mine. It also had five bedrooms and was well furnished. I knew I had over six years of work under my belt to have acquired all I now owned. Eniola on the other hand had only finished school two years back and had only worked at The Times just for a year and a half. So how could she have afforded this?

She showed me into a room, dropped my luggage as we went to the kitchen to prepare dinner. Spaghetti and sauce.
‘Do you like corned beef?’ she asked, peering into the fridge.

She pulled out a can and shut the fridge. I watched her pull out ingredients, pots, and other utensils.  She washed the carrot and started to chop.

“Let me help.” I volunteered, hating to be useless.

“Don’t worry about it,” she dismissed politely. Besides, you shouldn’t be stressing that arm yet. Aunt Kamiye’s instructions”

“Hello! I had a fracture, I’m not handicapped.”

She turned to me more seriously. “Really, it’s nothing. I love cooking. It’s my hobby.”

I watched her cook. This is a side of Eniola I am only just meeting.

In silence, I studied the marble-tiled kitchen floors, the grey tiled walls, and the marble counter. Obviously, a lot of work and money had been pumped into this house.  All along, I’d planned not to say a word, but I just couldn’t help myself. “This house is almost as big as mine, how do you manage to live alone?”

She turned with a hint of a smile. “Well, it does get lonely sometimes, except when Alhaji is around.” There was a slight hesitation in her voice as she continued. “Besides, who am I to complain when I own a big beautiful home to myself.” she gave the infectious chuckle.

“So who is this Alhaji to you?” I asked in curiosity. I remember he had visited once at the hospital.

“Promise you wouldn’t judge me.”

Silence passed for a while as Eniola chopped her vegetable, that at some point I was beginning to think she wouldn’t spill.

“Alhaji is my boyfriend or you can call him my man friend.” She explained, keeping her back to me as she spoke.

“And he got you this really expensive house?”

“Yes, my meager salary as a starter journalist could never afford this.”

“So tell me about Alhaji?”

She turned to me uncomfortably. “I really don’t think I should be telling you this, but he is a married politician with four kids. He said he will be going through a divorce soon and wants to marry me.”

It was difficult to keep the surprise out of my face, but I tried. I obviously do not agree with her ways, but she’d bared her secret to me, so I must be gentle. And so as she covered the pot and turned to me obviously waiting for my reaction.

“I want to ask you some questions, I hope you don’t mind?”

I smiled to lighten the mood. “So he owns your house, car and probably some other stuff. What if he leaves you?”

“Yes there are chances he might, but I have the house as compensation because it’s in my name. Everything he gets me is always in my name. I make sure he does that.”

She turned away to start with the sauce as I tried to search my memory to see if I ever manipulated anyone in that way. As if having an affair with a married man wasn’t enough, she makes that word ‘take care’ sound like he is her father, and he is mandated to. I am still having trouble wrapping this around my head. Maybe because I cannot remember having to depend on anyone for my needs. Whatever happened to independence? I mean, she has a good job she is passionate about. Why couldn’t she be patient, and own things like an independent woman would.

She turned back to me. “ I know you are probably disappointed in me and must think I am morally warped. But like you ma’am, we are forged by our experiences. I know it’s wrong but I never want to live the life my mother lived.”

But we don’t have to let our experiences define us! I wanted to scream but didn’t. Surely I cannot change her orientation in a day, but now that we are friends I’ll love to help her see the light again, but not today.

“One more question,” I started to ask. “Tell me, do I have an Alhaji somewhere I do not know about?”

“No.” She said to me with a smile. “We all know you would rather die than let anyone take care of you.”

“More than certain. Since I have known you, you have never let any man come close. Sorry to put it this way but it’s like you have some phobia for men.” With that said, she turned on the blender, its sound reverberating in the once silent kitchen. Little did she know she was right about that

Shadows At The Crack Of Dawn-Episode 100

Shadows At The Crack Of Dawn-Episode 5

Shadows At The Crack Of Dawn-Episode 103