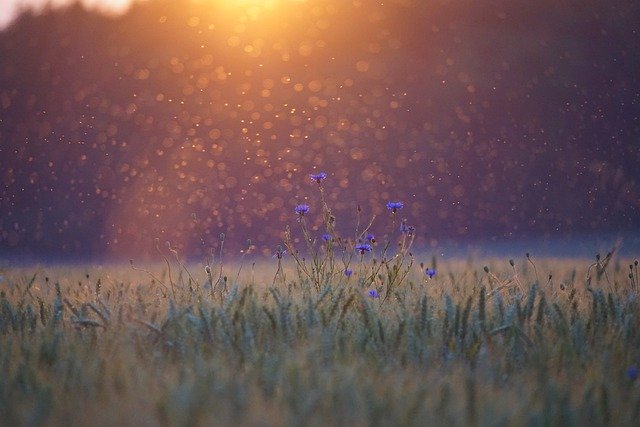 No hurt or pain I’d ever endured compared with this final blow. Why did father have to leave just now?! Just when we were beginning to get close and make up for the lost time. And now with both parents gone, there was nothing but slight memories and legacies from them, I realized as I sat beside the flower in the cold night too drained for any more tears as it would never bring back the dead.

I shivered from the cold and wrapped my arms around me, suddenly feeling alone, as it dawned that I have probably always felt that way. There was a void; one made visible by father’s death, that neither Tobi nor the family seemed to fill.

I turned to the low footsteps behind, it was Doctor Dominic, whose presence was domineering and yet as soft as the wind.  What is he doing here, I wondered as I turn back to the flowers, glad he couldn’t see my reaction in the low evening light. Though he was far away, but yet he was so close, and stifling the air out of me.

Please not now, you just lost father, you should be mourning him, the voice in my head berated. Not to mention that I should be mad at this man. But what for, for sleeping with his girlfriend?

“I’m sorry about your father.”

His voice was gentle and somehow seeming to soothe my pain.

“What?!” I called not even turning his way. I didn’t mean to sound so harsh, but then I couldn’t control it. I bit at my bottom lip nervously, wishing he would leave and let me be, but wishing he would stay at the same time. Dang girl! What do you even want?

“Please, look at me?” He gently nudged but I wouldn’t turn. Behind me, Dominic was quiet, but I could tell he was still there. I could feel his presence, stronger than any touch can affirm.

“Please.” He said again and I finally turned to him.  As usual, his look gave nothing away under the security light. I must have been stupid to have thought this man actually had a thing for me. He is a Doctor and of course, it is only natural for him to empathize and be compassionate. He was only doing his job, I told myself as he started towards me and I started to cower but held my grounds as that would not only be childish but silly.

Now we are close, almost nose to nose and breathing the same air. His gaze was boring into me, turning the atmosphere degrees colder.  I hope he didn’t notice my shallow breathing.

“I’m sorry.” He belted a husky plea, seeming to touch me in the most secret of places.

I looked away and took a deep breath in the process as somewhere in my heart I had begun to suspect that the Doctor was doing this to me on purpose.

“Please look at me. I’m sorry.’ He said again, this time boldly taking my wrist, with his apology seeming to go past father’s death.

“For what?” I asked for clarity.

“Your father, you, everything.” He whispered in earnest, except that to me seemed like the wrong answer. Could he be apologizing for what I had witnessed between him and his girlfriend? And so unable to take any more of his penetrating stare, his touch, and soothing words, I yanked my arm from his, which to my surprise he easily let go off, and matched away back into the building. If he thought I would burst into tears or fly into his arms like some weakling, he must be dreaming. It didn’t matter if a part of me already missed his presence, but I’ll be dead before he knows that.

Hi loves, I know it’s been a long ride with ‘Shadows’ and this Dominic and Pelumi’s saga has been such a roller coaster. But stay tuned, because next week will be the season finale for Shadows!!! Can I get an applause? Hahaha. You will love next week’s Episode I promise. Hope to hear from you.

Shadows At The Crack Of Dawn-Episode 68