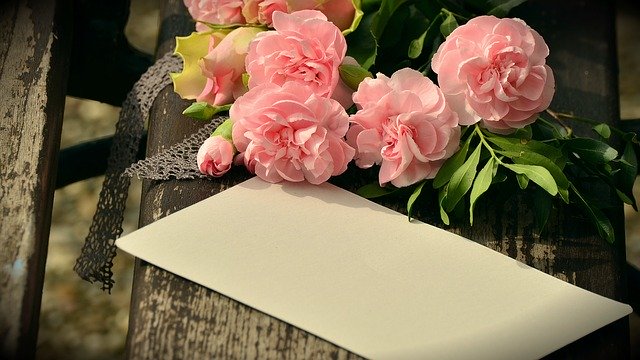 Three weeks had passed since I found Dr. Dominic in that awkward and hurtful position. Seeing him that way had shattered me in ways I never expected. I had not realized how deep my love for him ran until then; feelings which now left a bitter taste in my mouth, again reminding me never to put your heart on the line.

Sadly, love is not a switch one can turn on or off as you wish, so in spite of my anger and hurt I have accepted my feelings for the Doctor and also accepted the fact that we can never be. And so, all I can do is to move on, that I have promised to, which is why I have avoided him and tried to enjoy life and its other perks to make better of myself. I mean after father’s situation; I have learnt that life is too short to moon over a bad past.

Clearing off the last used dish from the twins’ ongoing tenth birthday party, I dropped it off with the maid equally occupied with cleaning as we tried our best to provide a safe environment for the kids. Kamiye’s sister Tade was the master of the event and she seems really good at it as she screamed the bubbly kids into order, launching them into a new game.

I soon find my thoughts instinctively trailing to Dominic when Kamsi called me from the bevy of kids, her face-a replica of her father, breaking into a smile as she wove.  I wove back to the child with a strained smile, the hole in my heart burned a little deeper as I looked away.

Dominic was not the only happening in my life in the past weeks; there was father’s worsening health, that he’d began to hallucinate about his dead mother and long-dead folks, then there was the final court hearing for both Tomiwa and Tega which was now only a week away. From the look of things, both might be locked away forever or worse, sentenced to death.

Squeals burst in the air as both boys finally cut their cake, dipping their fingers into it almost immediately to the amusement of many. The boys’ eyes were so lit, I cannot imagine what depriving them of this party would be like. It was a good thing Tobi had shown up in time to save the party when Kamiye had considered cancellation considering the recent happenings.

Kamsi was called upon along with a bunch of other girls for some trivia game. I turned away as she took the microphone, I couldn’t bear to watch her, as her voice like her father’s, haunted me. Thankfully, it was short-lived and soon replaced by another girl stating an answer to a question.

I turned to my birthday boys as both took possession of my arm, Tolu on my right and Tayo on my left, and as I looked at them, I realized they were growing too fast, it felt like I was losing their childhood too soon.

“Come and take a picture with us and the cake.” They nudged, leading me to the center stage where their cake was sited.

“Wait!” Tayo cautioned, and grabbed an extra cone cap. And on his request, I bent to let him place it on my head. I was wedged between both boys, squatting to maintain the same height with them as I flashed a bright smile for the camera, dumping all of my worries for the moment. My boys sure deserve a perfect picture, I figured.

We took a couple more and at last, we were done.

“Thank you again for the gift.” They said in practiced unison. I am so touched that I kissed them both on the cheek. Here and now, I know I would give them anything; even the world if they wanted it.

Kamiye appeared behind us, and as expected both ran to their mother. I didn’t mind this though. And after the kids returned to their games, Kamiye only just shed off her worry about my father as she was only just returning from visiting him.

“I think his time is near.” She said to me in despair. “He is suffering too much, a part of me just wants to end it all for him.”

I understood and also recognized this was not the time or place for such a conversation as a couple of parents started to reach out to her.

“Go and freshen up, you look a bit worn out,” I observed. She agreed and soon disappeared into the house, promising to be back soon.

And as I turn, I am met by a most unexpected sight. It was Kamsi, beaming at me with her hands akimbo, and then suddenly she launched at me without warning.  “I’ve missed you so much.”

I am completely taken aback by her action and I hug her in return. ‘I have missed you too.”

And then she pulled away, seriousness had stolen into her eyes. “I need to talk to you about something.”

But our conversation was short-lived when from behind, Tade called for me as demanded by the twins in a new game. I promised Kamsi we would talk before she left as we both disappeared into the party.

Hours later, Kamiye resurfaced, a little more rested except this time with Kamsi on her trail as she announced she was returning to Father and the Doctor had wanted her to bring Kamsi along with her. From the down-casted look on Kamsi’s face, I knew we were not done especially as she looked back at the party with forlorn.

“I would bring her in the evening when I come to see father.” I suggested. “Please tell her dad I will be at the hospital shortly.” Kamsi’s features brightened, but Kamiye appeared worried but she finally gave in.

“One hour. “I promised and Kamiye left, asking for Tade to look after the boys until her return.

The party soon ended and most of the kids were soon dispersed, except for a few neighborhood kids.  All had dined to their fill and even took home a ‘goody bag’.  Tolu and Tayo were sited, chatting along with a couple of boys, all visibly worn out from having a long day.

Kamsi then came to sit beside me on a bench. She sighed in exhaustion as she sunk into it.

“Plenty of it.” She sighed in exaggerated exhaustion.

“You wanted to talk to me.” I nudged.

She sighed again, except this time; the light had left her eyes.  “Something is happening to my dad.”

I swallowed hard and un-expecting at the fear in my throat, all the while hoping whatever it was isn’t life-threatening. “What’s that?”

“I don’t know how to explain it. He is a little different, distant. He hardly even talks to me.” she wailed. “It feels like I don’t know him anymore.” She explained, her lips thinning with furrowed brows as she stared into the distance.

Abruptly she turned sideways to me. “I think something is really wrong with him. He has never been like this all my life. Never!”

I wanted to tell her it was probably nothing and that the matter was not anything worth panicking about, but since she was clearly troubled, I prodded.

“When did this start?”

My heart stopped with a thunderous clap. Perhaps the timing was only coincident with what I had witnessed.

“He just came home one day, and he switched.”

Gee! It must have been that incident. Then there was that one time we had bumped into each other in the hospital hallway and I had seen something like a silent apology in those eyes. But then, I was probably only reaching, for he doesn’t owe me anything, not even an apology.

“Aunt P, I want my father back. Can you please talk to him or help me?”

“Kamsi.” I started back to reality. “He is probably going through a phase or something. You know parents don’t like to bother kids with their lives.”

“I know. It’s just that he has been through a lot in the past and has never been like this.”

“Give him time.” I shrugged, short of words. “Or maybe talk to him. He might not even know he has changed until you tell him.”

Her head was tilted to the side as she obviously weighed my theory.

“I will, but maybe you can also talk to him for me. Please.”

“No Kamsi I don’t think that is a good idea. Some matters should be handled within the family. And this is one of such.”

Her face gave off no emotions as she changed the subject. “My birthday is next week, will you come?”

“Yes, you are.” She smiled. “But this year, I would be celebrating it at my grandparent’s place. It’s also the same day as their wedding anniversary.”

“Yes.” She gave an ebullient nod. “They’ll be seventy together.”

“Yes, and a lot of my family will be around and an uncle I have never seen will be there. Dad said he is a good person and I cannot wait to meet him.” I nodded as she chatted on incessantly. “He lives abroad, that’s why I have never met him. My dad said he hasn’t returned since my mum’s burial. I can’t wait to see him.” She beamed again

My phone beeped, drawing our attention. It was Kamiye and I realized it was almost the promised hour.

“We are on our way.” I started to say as I answered the phone, except I am met by sobs and something inaudible.

“What Kamiye?” I whisper trying not to rouse the kid’s attention as I am now certain something had gone wrong.

She sobbed harder now, unable to get any words out of her mouth except the word ‘father’ repeatedly.

“Kamiye, is father alright? Is father okay?” I screamed into the phone impatiently, but her wracking heart-wrenching sobs was more than enough answer to my question.

Shadows In The Crack Of Dawn-Episode 48

Shadows At The Crack Of Dawn-Episode 17