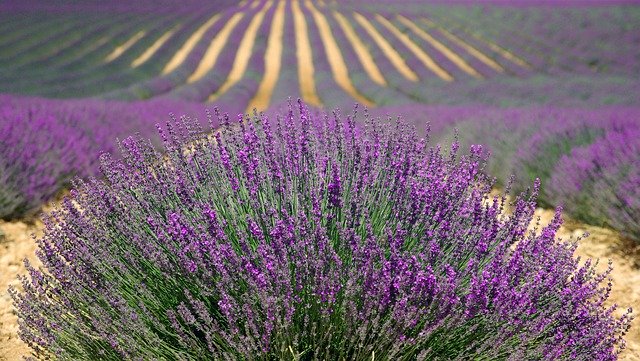 Dimeji had enjoyed a good night’s sleep with Tokunbo beside him. And as he awoke, he drew closer to her not wanting her off his side for even a moment. “Have I told you how much I love you?”

Tokunbo laughed in that coy way, snuggling even closer to him. “I guess you have but I don’t mind hearing it again.”

“Okay you are beautiful, damned sexy and the best woman that has ever happened to me.”

She laughed and playfully wrapped her arm around him, basking in his compliments.

“And what about your numerous girlfriends is that what you tell them?’ her eyes danced with amusement, but he could tell the seriousness in her tone as he looked into her eyes.

“I’m done with them, they never meant anything. That girl the other day, we had something in the past but I called it off before I proposed to you. She was hurt and didn’t want to let go even though she knew from the start that we were not serious. She came that day to try her luck.”

Tokunbo quietly glared at him, watching him bare his soul and sincerity in his words and countenance

“I need you to trust me whenever I tell you I am done with them. You are the real deal, and I am not trading you for any other. I chose you.”

Tokunbo flushed at his words, but soon caught the pain in his eyes.

“I’m sorry about Tomiwa, I know he hurt you.”

“He didn’t hurt me, he killed me!” he confessed.

Nothing she could say would ease Tomiwa’s betrayal. So, she gave him comfort the only way she knew how to and pulled him in for a hug.

For long moments, they remained like that when Dimeji’s phone rang and he answered unsurprised that it was Tobi, he knew the man would call eventually. “We’re downstairs.” He simply mentioned and Dimeji promised to join them soon. He kept to his words as he and Tokunbo soon walked down the stairs, hand in hand to receive their guest.

Tobi rose as Dimeji descended the stairs, joy and hurt flicked past his face as he approached him while Pelumi, Tokunbo and Kamiye stared mutely at the scene. Tobi had hurt Dimeji. Dimeji was clearly disappointed that Tobi had believed the blackmail against him and his wife, and even further pained that Tobi had not been to see him in all five days at the hospital.

“How do you feel?” Tobi asked.

“Better.” Dimeji shrugged and looked away from Tobi unable to hide his hurt as he took a seat passing a brief greeting to Kamiye and Pelumi. Tobi sat again.

“I am sorry about Tomiwa and Tega.” Dimeji didn’t respond as his eyes were fixed on the TV, but not really watching it. Tobi continued “I’m sorry about everything.”

“About what exactly?” Dimeji coolly shrugged, as anger silently flashed in his gaze. “That you doubted me for the second time, and was ready to accept some trash thrown at me.”

“The funniest part was all the while when you didn’t show at the hospital, I was worried to death that maybe something happened to you because you never returned my calls or messages. But when you didn’t return them, I figured you were hiding something. It turned out I was right. Not just what I’d have expected in a million years.’

“And you forget Kamiye and I go way back. You forgot we were also childhood friends, just like you and I are. You believed I still had feelings for her, even when I had assured you years back that the infatuation was out. That Kamiye is the sister I never had. She is family and nothing more. And then you doubted her.” he motioned to Kamiye. “You doubted a woman who didn’t go out with me back then when she could have. So, what made you think she would do that now?”

“I might have liked her when I was a boy, but that was long gone when she clearly stated that we were friends. If I still had a thing for her, you think I’d encourage her relationship with you, or let her marry you? I don’t know what impression you have about me, but I’d never hurt you that way. I’d never hurt you in any way because you are my brother!”

Tobi lifted his head again as he stared on mutely accepting his reprimand.

“And for the record, I love my fiancé very much.”Dimeji stared at Tokunbo, whose face lit with happiness. “I have found my own woman. It took me a long time to realize that, but now I know she is everything I’ve ever wanted.’

“I’m sorry brother. I really don’t have any excuse. I let people and circumstances come between us. But I can only pray you find a place in your heart to forgive me.”

Tobi reached forward in his seat and took both of Dimeji’s hands in his, holding his gaze as well. “Eternity wouldn’t be enough to make up for it. But please, give me a chance to show you how much of a better brother and friend I can be to you.”

They stared that way for a long breath-holding moment, each re-living how much the relationship meant to the other, and trying to get past the betrayal and hurt. Very slowly, Dimeji’s face then broke into a slow smile, and then both shared laughter as they arose and hugged.

Kamiye wiped tears off her face as it slipped down her cheeks. They were tears of joy and certainty for the better. She’d always known this conversation about her and Dimeji would re-emerge. It was good to know that it was now settled. She could only hope this time it was forever.

Shadows At The Crack Of Dawn-Episode 14