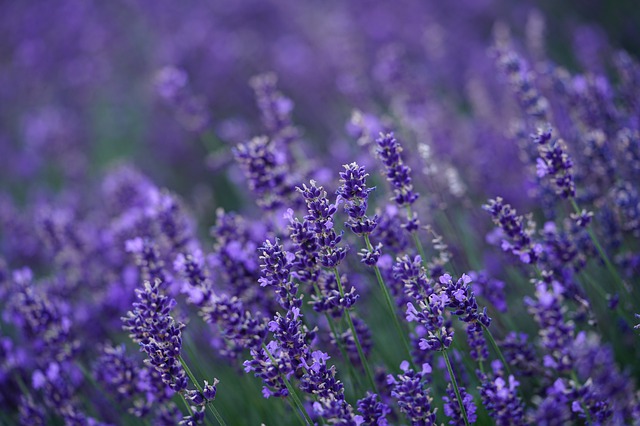 After all that had ensued today, it was only logical I retired to Tobi’s home.

Now reclined on a plush leather sofa before the TV, I only just noticed the house and its beauty. It seemed quite familiar yet not so at the same time as artworks intricately hung at varying corners of the room, adding color to the white room with gold panelings. The curtain was a rich mixture of white and gold, with a few black details, matching the white tiled floor, and black leather seats.  I was no expert at interior decorating, but one thing this house sure boasted of was beauty and opulence.

However yet there was something missing, or rather, someone as with each passing moment, Tobi’s absence and disappearance resulted in a palpable glum around the house that clearly had nothing to do with the day’s occurrence. It was so perceivable, all you need do was to cast a glance at Kamiye and the kids’ faces; like even now that Kamiye was asleep.

But there was hope, the first flicker of it had risen when Tomiwa had confessed to taking those pictures, those words still left us numb. Kamiye was mostly hurt, considering how much she loved and trusted both Tomiwa and Tega. I only wish Tobi had been at the police station today to hear it for himself.

A loud honk from outside caused Kamiye to stir and then jolt awake.

“I think that’s Tobi.” she whispered near delight. Just then, light silhouetted through the windows as a car pulled in.

“Oh my God, it’s Tobi.” she gasped in certainty as she rushed to the window to peep through the curtain. It turned out she was right as she started to squeal in delight.  “Thank God! He is back!” she chanted and paced in confusion, almost dashing out the door but perching on the seat in last-minute unable to contain herself. I was happy for her, but I hoped Tobi also came bearing the peace flag.

The door flew open, and on reflex, Kamiye and I jumped to our feet as Tobi appeared and remained by the door with a stance like a knight in shining amour. His eyes held no expression as he looked straightly to Kamiye. He only had eyes for her, I could tell he barely noticed my presence. He finally recovered, gently closing the door behind him, as he started with a languorous step towards Kamiye with an unreadable expression. And from the look in Kamiye’s eyes, I could tell she was as confused as I was. Kamiye let out a breath, visibly trembling as Tobi closed the gap between them and somehow I found myself unexpectedly doing the same. But upon reaching her, he pulled her to him and crushed his lips against hers, greedily claiming it. She soon recovered from the shock and reciprocated, both forgetting my presence.

I sighed in relief and started to laugh at the unexpected unfold. Slowly, the kiss turned softer and unhurried, that it started to feel awkward watching their languorous display. I cleared my throat noisily, reinstating my presence in case they had forgotten. The kiss didn’t stop immediately but it slowed, and then finally it came to a gentle stop. They didn’t pull apart, but rested their temples against each other with closed eyes, and smiles on their faces. Whew! What a way to make up.

“I’m sorry.” Tobi started, more like chanted against Kamiye’s temple at first before withdrawing to look into her eyes.

Really! Why would she make it so easy for him?! Not like I didn’t want them to make up, but I had expected some fronting. But then, like they say, love is kind and forgiving.

“I promise I’ll never leave you again. I will always listen to your side before making any decisions.”

Kamiye lifted her palm to his cheek, and uttered a few eulogies and then finished with “Thank you.” as she hugged him again.

Finally, Tobi turned and looked at me only just noticing me. Gratitude shone in his eyes as he made way towards me.  “Thank you for being the best sister in the world and trying to keep me in check.” He said as he pulled me for a hug as well.

“You would have done the same for me.” I replied as he looked into my eyes.

“True, and it’s great to have you back home.” He finished, kissing me at the side of my cheek before reclaiming his position beside his woman. Their love for each other could be felt even from a distance as they whispered sweet nothing into each other’s ears. Over ten years into marriage and you’d think by now, they’d have gotten over each other.

“You seem so stressed, I am sorry I put you through that.’

“Don’t worry about that.” He assured with acceptance in his eyes. “We are keeping it, and please, if you need to have a CS, please promise me you would. You don’t have to go through as much stress as the last time.”

“I promise.” She nodded. “And I am sorry that I got pregnant without your consent, I am sorry I traveled out of the country without your consent. My father was visiting Ghana, and Dimeji happened to have visited about the same time. I saw the trip as an opportunity to mend things between Father and I. I didn’t want to tell you because I didn’t want you to feel guilty. I hope you understand.”

“So tomorrow we will be visiting Dimeji and your father. It’s been an eventful week for us all and we haven’t really paid your dad as much attention as we should.”

Kamiye was smiling now and for the first time in weeks, true relief swept into her face as Tobi laid a hand on their growing foetus. Little footsteps padded the stairs and the twins appeared. Both ran down the stairs, screaming in delight as they saw their father. Gently both were swept into his embrace, careful of their father’s leg, and as both parents shifted to make room for them, for the first time I wondered what it would be like to have kids and a husband. A man I love… like Dr. Dominic.

“Dad, are you no longer angry with mum?” Tolu asked as Tayo also stared up at his father in interest.

With a look of genuine affection directed at Kamiye, Tobi answered the boys. “No. I was at fault and your mother has forgiven me. I have promised not to hurt her again.”

“Is it true we are having a baby?” Tayo asked.

Once again, Tobi looked to Kamiye for confirmation. ‘Yes, we are.”

The boys screamed in joy, and launched into an argument about the child’s gender, with Tolu stating a million reasons why he preferred a girl child and how much stress he was facing with Tayo, and Tayo stating tons of reasons why he wanted a kid brother instead, as he could then leave his twin and become buddies with the baby.

Watching the kids banter was usually an amusement. I love them, and I couldn’t wait to love my new baby niece or nephew. But, for Kamiye’s sake, I hope the baby would be a girl.

Shadows At The Crack Of Dawn-Episode 1