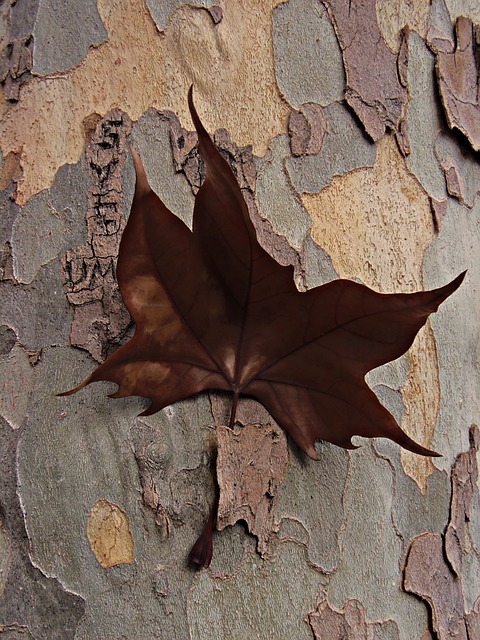 Aisha swung out of Olu’s bike feeling like a badass and released her hair as she pulled the protective helmet off her head and handed it to him. She chuckled at the brief thought of being an Amazon figure from an action movie.

The machine revved to a start again, the beast drawing attention to itself before speeding off the asphalt, its sound thinning with the distance, leaving an echo in its wake as it disappeared through the next bend in the road. Aisha shook her head and made a derisive laugh at Olu and his effort to impress her. The man was broke, he lived in a slum, and his most valued possession was probably his power bike which he’d purchased as a second hand off its previous dead owner who died off reckless driving. Olu had paid almost next to nothing for it as the man’s family was more concerned about discarding it and the memory it held than its actual price.

Olu was nothing near her league. Apart from the great sex he offered, she was with him because of the temporary hideout he provided her. She was exploiting him and his love for her which she had seen in his eyes a lot of times. Soon, he’d be replaced for something better. She hoped he understood then. She was only an exploiter, that’s how she’d been taught to live, that was the only way she knew. All these Aisha thought as she made the rest of the walk to the police station, a huge smile framing her face as she advanced the short stairs. Today, she’d come to the station rid of guise, there was no need for it anymore for everything was about to change. She was here to keep her part of the bargain. On a normal day, she would have had the victim fulfill her end of the bargain, but on this, she somehow trusted that the goody-good Tokunbo would undoubtedly keep hers once she was out, and if she didn’t, there were a lot of ways to get her to. Unlike Tokunbo, she didn’t have a father who was running for a gubernatorial position, so see, she had absolutely nothing to lose.

Aisha’s smile brightened at the mere thought of the money. Already, she could feel the weight of what would be in her possession before the end of the day. She could acquire so much with that money. And so with thoughts of that came more courage to do what she needed to as she stepped into the police station. She stopped at the counter and with a killer smile asked for the Corporal Kola, the sergeant who’d attended to her the previous day. Aisha didn’t miss the man’s leer over her and his stop on her generous cleavage in her low vee neck top which she’d intentionally worn to create a stir. She saw the man suddenly go dry mouth as he licked his lips to get saliva back to his mouth. In his head, she could see him wonder how his colleague had bagged favour of such a hotty.

“What do you want to see him for?” The man finally growled out of sheer curiousity and jealousy. From the way his eyes regarded her, she knew the many dirty thoughts coursing his mind and would not be surprised if he’d stripped her naked only by his looks. Aisha was only about to respond when the man’s eyes trailed to the doorway and then signaled to someone whom when Aisha turned, turned out to be the much besotted Corporal Kola who squinted at her when the other corporal announced in a voice unnecessarily high pitched that she was here for him.

“How can I help you ma.” Obviously, the man did not recognize her.

“You don’t remember me? I was here on Sunday to see one Tokunbo.” She reminded him, fully aware that Tokunbo must have been released from detention.

The man regarded her, a brief stay on her chest before returning to her face as though immune. He seemed to be exercising more self-control compared to his colleague who had returned to whatever he was doing earlier, but Aisha could tell his attention was totally riveted on them and their conversation, because for the past minute, he’d been on the same page of the visitor’s register, keenly studying it as though it was something of interest.

“Ehnehn what do you want?” the man looked away intentionally avoiding her glare as he also buried into the visitor’s log, feigning engagement. He wanted more bribe as she had given two days back, Aisha could tell, and quietly snorted. But what was most surprising was the fact that despite being declared a wanted woman, those who were supposed to be the law enforcers could not even recognize her. It was really amusing, as it spoke a lot about the efficiency of the police force or lack of it.

But for the corporal, today, he was in for a big disappointment, for she had no bribe to render him or anyone at that. Today she was here for the D.P.O and Inspector Tega whom though she’d never met in person, except for a few sights here and there, she knew enough about him to know his position in the force and that he was close friends with the family.

“Is inspector Tega around?”

The man looked up as if stunned that she should know him. He shook his head and bent with a frown. The man had such an attitude.

Aisha gave a cruel, do-not-mess with me smile. She must have given him a wrong impression the last time, she assumed, but now she was set to straighten things. If anything, she was far from polished as she made out to be. And as one mastered with the street, she returned in fluent pidgin. “I get information. I sabi person who poison Mr. Dimeji Adegbeluye. No be hin wife!”

The sergeant frowned, regarding her in cold contemplation, and after glimpsing the truth in her eyes,

“Wait.” He said crankily and soon disappeared down the hall into one of the offices. In less than a minute, he was back and guiding her to an office where seated behind a large desk patiently waiting was a bald man with five-star badge on his shoulder, the name “Sunkanmi Ajibade” inscribed just above his breast pocket.  A hint of recognition crossed his face as she emerged when he then called for her arrest.  At last, someone recognized her.

“Wait! I’m here with information. I know who poisoned Mr. Dimeji.” The sergeant was close now, but paused, awaiting the next command from the brazen-faced superior with a torn expression in his face.

Stealing the moment, Aisha advanced with outstretched hand to show she was unharmed as the men glared at her alertly and suspiciously, the sergeant behind her ready to launch on her if she made funny moves.

“I need to show you something.” She quickly reiterated digging out her mobile phone from her back pocket and soon producing a thirty seconds clip that would change Tokunbo’s life in a few seconds, and justify her innocence.  With a few steps forward, utterly aware of the inspector’s wary look, she handed him the phone.  He scowled at her for a moment, but finally took her mobile, his curiosity stealing on him, as with eye contact, he quietly signaled the sergeant into alertness.

As the short clip began, Aisha watched the D.P.O’s expressionless face, whose only give away as the scene unfolded was the slow widening of his eyes. Aisha was smiling now and felt a deep satisfaction from it. And for the first time in her life, she felt like she was doing something right.

“I get information. I sabi person who poison Mr. Dimeji Adegbeluye. No be hin wife!” in pidgin English means “I have some information about who poisoned Mr. Dimeji and it wasn’t his wife/fiance.

*Hi loves, hope you are doing well and keeping safe, and I hope you enjoyed this episode as usual? Do leave a comment to show you were here. Also, another Episode will be posted tomorrow as I have decided to post two Episodes every weekend. Thank you for your continuous love and support. xoxoxo*

Shadows At The Crack Of Dawn-Episode 72

Shadows At The Crack Of Dawn-Episode 87