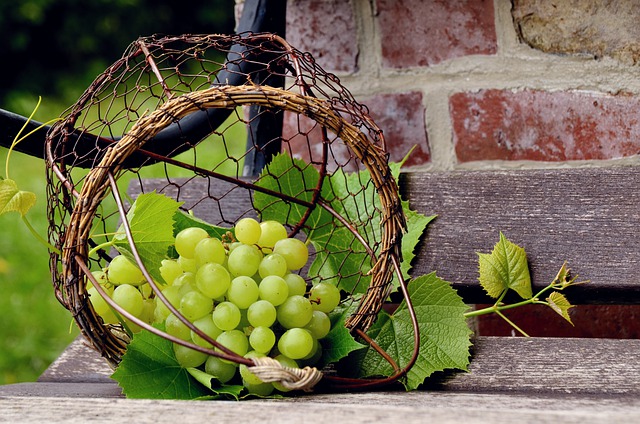 He was close, I could literally perceive him as he helped adjust my pillow. In reflex, my stomach clenched a tight knot and only when he stepped back did my nerves relax.

“There.” He mentioned smiling; such a little task yet leaving soft imprints on my heart. “Better?”

“Yes.” I nodded, barely able to look at him. But of course, I couldn’t hide my face forever, and so I eventually lifted to him, flattered by those soft eyes gently regarding me and sending an inexplicable charge in my insides, especially as I am more aware of our aloneness.

“You are healing well.” He said, his voice sounding somewhat husky in my head, and mine breathless as I responded.

“Does that mean I’ll leave soon?”

And then for some inexplicable reason, I blurted. “I need to tell you something.”

He must have sensed my seriousness for his concern grew as he perched on the side of my bed. But just then, the door opened to Nurse Titi. He cast her a glance but didn’t budge as she approached with a file in hand and a conspicuous scowl. Somehow, I could sense some unspoken tension between the pair as he received the file, barely acknowledging her as he perused it. The room now was oddly quiet and on one occasion my gaze connected with the nurse. But what I wasn’t prepared for was the disdain in her eyes, and something more like a possessive claim in them, that revealed without doubts her attraction for the Doctor. She redirected back to him as she received some instruction from him and soon disappeared, strutting away in her darn tight uniform. I frowned.

“You wanted to tell me something.” His cool voice nudged me back to reality, as I blinked away thoughts of the last minute, and telling myself that it really didn’t matter if she and the doctor had a thing for each other.

“I need your advice.” I started, trying to overlook his attentiveness and presumed interest. I would not be deceived to thinking he felt something for me, not after what I had just witnessed. And I, on the other hand, felt nothing for him I told myself, promising I was only confiding in him because he was easy to talk to, though deep down, I knew the truth.

“Have you ever been hurt, I mean really hurt?”

“Of course. We all have at some point or the other.”

“Do you forgive or just overlook it?”

“Well, it depends. But really the best option is forgiveness; trust me it does more good.”

“Even something of this magnitude?” I asked, passing Aunt Yemi’s letter to him.

As Dominic started to read, I realized that none other than my family had read through these lines. Worse, I have never felt such ease about sharing my life with someone else but now. But I didn’t allow my thoughts to linger on that, but that he was trying to help.

Time passed as he read, and I closely studied his face for any emotion but there was none. At this point, I’d give anything to be a psychic. Thankfully, he finally lifted from the note without a trace of pity in his eyes.

“So what do you think about it?”

“Well I would never know, but from what I see here, I think your aunt’s note is sincere.”

I thoughtfully glared at him for long minutes trying to see things from his view.

“But what’s your gut feeling about her?” He asked.

“You find it pretty hard to forgive her. Right?” He finished, taking the words right out of my mouth.

“No, it’s not.” Very lightly his hands touched mine, a soft smile playing on his lips, softening his features. “Over the years, if there is one thing I have learnt it is to let go of your hurt and pain, because the more you hold on to it, the more you allow it overpower you.  Just let it go.” He puffed his hands in the air in gesticulation, and I suddenly missed the contact with him.

His words were true, sensible in fact, but how can I just forget when with Amnesia came new surprises, new demons. How do I just get over the past like it never happened when it looms like a dark cloud over me.

“I know it’s not easy, but you have to try. Nothing is worth that much stress, trust me, especially something you cannot change.” His voice started again, soft and soothing like a cool dose of water as his hands soon found mine. “You have to try Pelumi. Anger does nothing but wreck damage and sorrow. You can’t change the past, but you can try to control the future-your future. You need to forgive her, her husband, everyone… and most importantly yourself. Maybe this is one of the reasons why you survived the crash.”

No! You are! The voice in my head fiercely pitched and I blinked in horror. Thankfully, Dr. Dominic was not a mind reader.

“Forgiveness is not easy, and I know it might take time. In fact, chances are that you’ll never forget. I remember eight years ago when I lost my wife, I was mad; mad at God, the world, mad at myself that I couldn’t save her, and even her for dying. I save lives, but I couldn’t even save that which mattered most. But you know what?”

“What?” I inquired with a tone barely above a whisper as though the barest audibility might shut out the rare glimpse into his life that he was affording me.

“I realized anger or hate would not bring her back. It would only deprive me of other blessings; like the miracle we’d created-our child, the bundle of joy she’d left behind. With anger, I would have been filled with so much hate; there would be no room to love our child. And so, I had to let go. It took a while, but I promise that was one of the best decisions I ever made.”

Dominic was right. In his words, I could sense what deep love he had for his late wife and probably still had; a kind of love that no woman could ever contend with. Albeit, I am honored and humbled by his confession and as our gazes connected, the tension grew more palpable in the silence, drawing strange awareness to the slow and steady rise and fall of his chest, his dark rich eyes blinking beneath thick dark lashes, the tingling in my skin as his hands touched me.

However, the spell soon broke when Dr. Dominic pushed to his feet, yanking me back to reality with his love for his late wife weighing heavily on my mind.

“Thank you.” I stuttered as he handed me the letter, our fingers brushing in the process and sending bolts down my spine.

“Is that all you wanted to talk about?” He asked with a warm smile.

He smiled again with a nod, before disappearing, leaving me to my disoriented thoughts.

Without hesitation, I reached for my phone and drafted a short message to Aunt Yemi. After the long talk with Dr. Dominic I now knew what must be done.

Shadows At The Crack Of Dawn-Episode 24