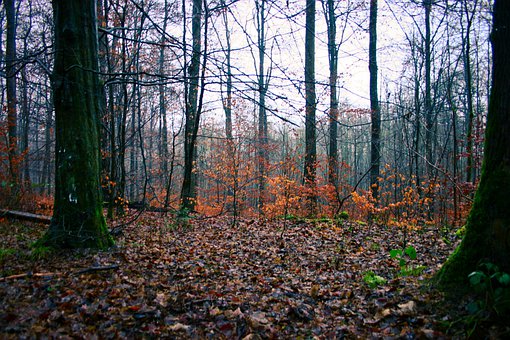 With her hand over her mouth, Kamiye blindly dashed for the bathroom, leaping past the twins, and barely making it in time to the sink before her bowels let up a horrendous sight. For the next few minutes, she was bent over the huge ceramic bowl and lovingly clutching both sides of the dish, as all of her bowels and its content were emptied before her until at last, she was exhausted.

Weary, she sucked air into her lungs and turned open the faucet to clean up, first sprinkling water over her face and then gurgling as she rinsed her mouth.

She’d begun to rise, when hit with a strong bout of exhaustion, and clung to the bowl before leaning to the wall for support.

She flinched at Tobi’s unexpected call from behind but not as startling as the look he and the twins passed her from the door. To squash their worry, she managed a fake smile and straightened only to grasp for the sink again as her head began to reel. Tobi saw it; she frowned at his knowing look. How much the party had witnessed, she could never tell. But if going by the horror in the male faces, pretty much.

“Mum are you okay?” Tayo inquired whispering as though the smallest of noises might cause her to crack.

“I’m fine.” She assured and started towards them already feeling strong and steadied. She’d have successfully made it with her deception, except for the small sway, that gave her away, and in a flash, Tobi was beside her, catching her in time. She smiled, but he wasn’t feeling it as he supported her to the room bearing the most of her weight. If not for his leg, he might have carried her instead.

The twins parted like curtains, giving room to their parents as they made it to the bed’s comfort. When settled in the king-sized bed, Kamiye had begun to feel strengthened and assured the peering males of it, but Tobi would not hear any of it as he dismissed the boys forcing her to rest.

Tobi disappeared into the bathroom, reemerging a moment later with a damp cloth to wipe her fevered brow. Her eyes shut on reflex as the cool cloth touched her temple, its coolness seeping relief through her skin, and on impulse, her lip curled into an amusing smile.

“What’s amusing?” he asked, wiping the towel over her face and down her neck.

“You.” She whispered, offering him an affectionate glare, particularly awed by his fuss over her, for beneath the stern exterior was a caring, loving side unknown to many.

Tobi knew her thoughts and shared in her quiet look until again struck by the reality of the last moment, and then he frowned.  “Are you pregnant?”

Kamiye glared at him startled and tight-lipped but laughed it off. “What if I am?”

“We decided no more children!” He plainly stated, taking her back with his hardened expression. If she’d ever doubted his adamancy on the matter, she no longer did.

“God Tobi! I throw up once and you already concluded that I’m pregnant?”

He said nothing as he silently watched her reaction.

“It could be a thousand and one things, food poisoning, indigestion, anything.”

Tobi shook it off as he arose, but his stand on the matter was so clear that Kamiye’s heart began to beat wildly. What if she were indeed pregnant? For weeks now, she’d stopped on birth-control out of rebellion and a deep need for a child that she had been optimistic about Tobi’s acceptance of it, except now she was certain his mind was made up.

She’d take a test, she decided, and whatever the outcome, she would bear it.  But deep in her heart, she knew it, that her much-coveted child had come.

“Can you make it for the remembrance?” Tobi asked, drawing her out of her reverie.

It was Dimeji and Tomiwa’s parent’s fourth-year remembrance, and in the midst of all the recent chaos, thoughts of it had skipped Kamiye’s mind.

“Yes, I will.” She started to rise, suddenly feeling energized. “I promised Tomiwa and Dimeji I’ll be there.”

“Are you sure that’s why you are coming or because you are scared that we might tear ourselves apart.”

Her glare was undeniable, and for the next minutes, she listened as Tobi explained that he and Dimeji had made-up. She believed him but still would not trade the remembrance for anything in the world. She needed to keep an eye on them lest things get awry.

“We mended somehow, we even spoke about his proposal to Tokunbo.”

“Are you kidding me?” She gasped “He didn’t tell me about that and we spoke yesterday.”

Tobi played for his friend’s defense, but she wasn’t having it, blaring out loud her discontent. Once, she had been Dimeji’s confidant; back in the days, she’d have had first-hand knowledge of matters as grave as that from its mere conception.

Tobi playfully pinched the bridge of her nose, amused at her jealousy and claims of losing her friend to the woman of his dreams. “You can’t be best friends with a man who now has a special person in his life.” Tobi explained, finally giving up on pacifying Kamiye as he walked off laughing and shaking his head when she called him back.

“We found this in your clothes during the laundry.” She reached for her drawer and passed a note to him. “It says it’s from Aunt Yemi. Why haven’t you read it?”

“I haven’t found the time to.” He shrugged, remembering the letter Aunt Yemi had handed him a few days back.

She knew that tone, that nonchalance. “Make time.” She said. “You just might not know what you might find there.” She reasoned and he accepted it before exiting the room.