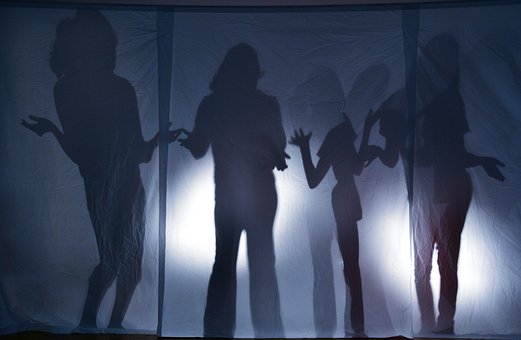 Happy new year loves! From the bottom of my heart, I thank you all for sticking with me through the past year. I haven’t posted in a week not because I didn’t want to, but I was indisposed. I pushed myself too hard in the last year and my body finally protested to rest. But thank God I’m fit now and I have a lot for us this year. I will be sharing a video soon to keep you updated with what I’ve been up to. For now, I’ll leave you with a new Episode of Shadows, but do keep in mind that i have bigger things in store for us this year.

How in God’s name did she find me and what does she want?!

Tobi wondered appalled as he stared below his four-storied glass office at the gaunt woman just made a debut appearance at his office. She and the security appeared to be in some debacle as he was sure the guard relayed his stern warning. He’d asked that his aunt Yemi be booted out. What gut and effrontery she had to step her feet on his doorstep.

Finally, she turned and left unaware of Tobi’s eyes as he watched her somewhat curious as to what eighteen years had made of her. From her thinner and gaunt parlor, one could easily tell the years had not been fair to her. Even from such distance, Tobi noticed how poorly her clothes hung. Yemi, the woman desperately pleading to the guard was different, now a far cry from the radiant, robust woman he remembered. Gone was her lavish lifestyle.

She used to be his favourite aunt. Once Tobi had cherished and respected her like she were his mother. But now, he felt nothing but deep-seated hatred that overshadowed every pang of pity.

Finally, Tobi withdrew from the window and returned behind his desk, shutting the blinds over the doors of pity which had begun to crack open. Aunt Yemi deserved all she was currently being meted. She was supposed to love and care for Pelumi, instead, she’d thrown her to the wolf without batting a lid, and even lied to him.

Tobi was yet fuming over this when his secretary interrupted with a quiet rap, announcing Tomiwa’s presence along with his requested glass of juice in hand. Tomiwa appeared younger and dapper in a fresh haircut and tee shirt. He passed the secretary, with eyes predatorily feasting on her buxom form in a body con dress before directing to Tobi.

“I’m sorry I was late. I got here as fast as I could.”  On Tobi’s offer, he claimed a seat as the lady filled a glass of juice. Unashamedly, he preened at her as the glass filled. He declined the offer for refreshment, with eyes plowing an obviously appreciate glare over her. And just as Tobi mentally noted telling him off his newest employee, he caught Claire’s suggestive pass, thus silencing his resolve on the matter. Both were adults and allowed whatever, but moments as these were what strengthened Tobi’s support of Pelumi’s decision of not wanting a relationship with Tomiwa. God forbid-if both ever happened, Tomiwa would be nothing but a truckload of headache for Pelumi, for he was such a womanizer.

“You think I’m not good for her.” Tomiwa declared into the silence, a wan smile spreading on his lips as the lady closed the door behind her. He was clearly referring to Pelumi.“You think I won’t be faithful to her because of that?” he directed to the direction Claire had just exited.

Tobi said nothing, his thoughts gently reflected in his eyes in a  You-tell-me manner.

“Well I won’t be into that if only Mrs. Right stopped refusing me.” He responded, switching roles from prosecutor to defense. “If I had Pelumi I will be different.”

Though Tobi saw no truth in that, he let it pass. He loved Tomiwa so much like the younger brother he never had but didn’t consider him worthy to be with Pelumi. Besides, that was not the reason he’d summoned Tomiwa.

“Kami changed you. We know how you were before her egbon*.” Tomiwa pointed. This forced a smile from Tobi. Though little, but a smile nonetheless. Tobi had been quite the ladies man himself, it was true finding Kamiye had completed him and made him more responsible.

Tobi switched to more pressing issues. “I haven’t seen Dimeji today. Is he at home?”

“No. He left the house angrily yesterday, returned this morning, picked his bag and took a flight to Abuja.” Confusion and surprise spread a blank sheet over Tomiwa’s face. “He didn’t tell you he was traveling?”

“No.” Tobi provided, considering whether or not to share the previous day’s misunderstanding with Tomiwa. “You said he left angrily yesterday, did he say what happened?”

“He and Tokunbo fell into some misunderstanding. I didn’t even know either one of them was back until Tokunbo’s cry caught my attention and when I got downstairs, he was driving out already. Tokunbo later let me in on it, really, it wasn’t anything worthy of such fury but you knowing Dimeji and his temper.” Tomiwa explained relaying the shards of glass and what he’d supposed a bloody fight to realize otherwise later. He broke midway, suddenly hit by a sharp realization.“He was at your place yesterday, yeah?”

“Yes he was, but he and Tega had a-uh little misunderstanding.”

“They’ll sort it out.” Tomiwa shrugged it off. “ Friends quarrel every now and then, and they makeup. No big deal.”

Tobi winced, pain flashing at the memory of it. This is different, he thought and had to stop from mentioning that Dimeji had been ignoring his calls and messages, because then he would have to explain what had transpired between both men the previous day.

“But Dimeji was acting really weird this morning.” Tomiwa further shared. “He was in a too sour mood, I doubt it stems from his issue with Tokunbo. There was something in his, eyes…” Tomiwa shared, drifting into the distance, again re-enacting Dimeji’s countenance that morning. “It was like something was eating deep into him, but he wouldn’t tell me.” And then back at Tobi. “The last and only time I saw that look was when he was duped money from the sale of father’s house.”

His words had caught Tobi’s interest, Tomiwa saw it along with the quick flash in Tobi’s eyes and from whence he’d somehow figured that whatever ‘misunderstanding’ they’d had was serious. Not to mention that Dimeji was not one to leave for an impromptu trip and leave his partner hanging.

“So he didn’t tell you anything?” Tobi prodded,

“No, what happened?” Nervous and desperately needing some activity, Tomiwa popped a pill of gum from Tobi’s table without permission.

Although Tomiwa knew he could never pry into Tobi, nevertheless he tried, hoping he’d be generous with his thoughts.

“Don’t worry about it.” Tobi dismissed when in fact Tomiwa had begun to, and he showed it. “When did he say he’ll be back?”

“He didn’t say. He barely spoke to me, he barely left room for questions, he only said he was traveling to Abuja and will be back soon.” They both knew ‘soon’ was indefinite.

Worriedly, Tomiwa pressed. “Have you tried his number?”

“Don’t worry we’ll talk.” Tobu simply dismissed with a stiff emotionless smile. But Tomiwa wasn’t one to be easily dismissed.

“I’m sorry to pry bro, but traveling without your knowledge is so unlike Dimeji.”

Tobi mustered a smile “It’s okay Tomiwa. We’ll settle. Just let him know whenever he calls, that I’ve been trying to reach him.”

Tomiwa nodded with deep thoughtful eyes. This wasn’t the first time an argument had broken between the pair, but this time, he sensed something grave had happened. Reconciliation, however, was inevitable. So he let it pass.

“So now that you’re done with your professional courses, what are your plans?” Tobi asked, switching topics.

Tomiwa didn’t mind it, and in fact, his face lit as he launched into his plans, baring all for the man who had mentored him for years.

*Egbon is a Yoruba word for big-brother.

Shadows At The Crack Of Dawn-Episode 109

Shadows At The Crack of Dawn-Episode 4