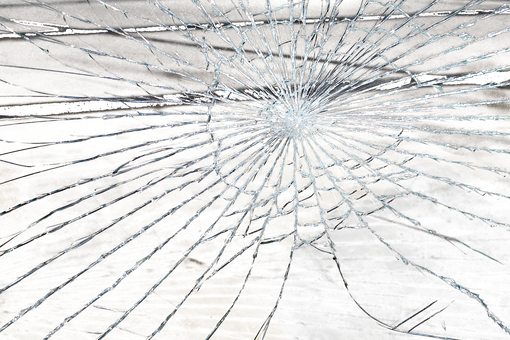 He’d sensed it and as always, his intuition was right. From Tega’s subtle nuances ever directed at him, he’d known the man had some vendetta against him.

But what for? Dimeji pondered the incomprehensible accusations. That Tega could consider such was outrageous. But the most disappointing was Tobi and Kamiye’s easy acceptance. He would have expected some benefit of doubt, some defense from the couple only to be dashed by their quietness low-key resembling an agreement, leaving him prey in the midst of wolves. Thus, he’d been left with no choice but to flee.

Bristling with anger, Dimeji thumped his glass against the counter, wincing as the liquor burned down his throat. His eyes were misty when he opened them, teary more from actual vexation than the sting of whiskey. With trembling hands he refilled his glass and started to lift the shot to his lip but stopped midway, dumping it with a resounding thud that sent its content spilling on the shiny mahogany top. He fought a sob, he was shaking badly. His fingers flexed as he worked on keeping his emotions under the lid. His head rang rage, his blood ran like wildfire. He badly wanted to vent his anger on anything and in frustration, he thumped his fist into the counter, warding the strong urge to ram the liquor into the nearest wall. At last, he resorted to slow inhalation as he’d learnt in an anger management class. A breath after the other, he did counting under his breath. To an extent it worked, his breathing much less strained on the sixtieth count. He’d conquered his demons, he could think fairly straight again.

Of what benefits would Tobi or Pelumi’s death yield him, Dimeji snickered, when all his life, all he’d ever done was to love and support, a man who had helped lift him from a life of debt and wretch and then made him a part of something big-Longe construction. If anything, Dimeji had been faithful through the years. For if not for Tobi, he’ll probably be elsewhere striving up the ladder of some organization and lamenting over the good old days before he’d been duped and had lost all.

Furiously, Dimeji downed another shot of whiskey. His vision blurred shortly, before filling with three deep accusatory stares. He chortled a mean laugh, bowing his face into his palms in fury. It must be a dream, Dimeji thought, a nightmare, he recited, as his mind rolled over the event. For the umpteenth time, Dimeji wondered if he’d laughed it off, whether outcomes might have been different. But it didn’t matter. He’d been wrongly charged, he had to defend himself. He was innocent, thus he had no fears. In fact, he’d dare Tega to carry on with whatever investigations to a make a joke out of him.

And then he thought about Tobi, sober for a moment and then pained and peeved at his mistrust. The sudden turn in the knob called Dimeji’s attention, as without warning the door flung open.  He turned to it,  his expression warped from downing another glass of whiskey. For a moment, his parlor lifted, until seeingTokunbo’s mean set eyes, thinly pressed lips and folded arms showing rage and dissatisfaction, all of which he wasn’t in the mood for.

She barged in, slamming the door behind her, fury resonating from her being. Dimeji bowed seething on a silent hiss. The last thing he wanted was some feminine tantrums. Fingers tightly clenched around the glass, he begged for some supernatural restrain.

Like some predator aiming at some prey Tokunbo kept her pace and with her bag carelessly tossed on a sofa, she darted past him in and out of rooms in a search, slamming the doors in her wake. And when she returned, he neither budged nor regarded her further irking her.

Next, she climbed the stairs, heels clicking after her, and the same pounding sounds overhead above. Dimeji was seething. He knew her thoughts, her ever-growing insecurities which had grown too upsetting and unbearable. On her descent, he poured another glass and downed it in a swift gulp, readying for a barrage.

“Where is she?” Tokunbo barked crossing the distance between the stairs and the bar. “I’m talking to you Dimeji. I know she is here somewhere.” She screamed, her eyes wildly darting around the grand parlour. “Where are you hiding her?!”

His lips twitched with suppressed anger, refilling his glass as he tried to contain himself. Her tantrums had nothing on him, usually, he was immune to it. But now it was bad timing.

“Answer me! What is wrong with you? I have been calling you all day, you’ve been ignoring, the next thing you turn off your phone. Why are you doing this to me?! I know you are cheating on me, I feel it and I swear to God, if I ever catch her-if I catch you, I’ll-“

Tokunbo froze, sensing the wrath emanating from him.

“Just what I thought, no-thing.”He spitefully spelt and turned to his drink. He’d had enough of Tokunbo. At times, she was such trouble, it overshadowed her goods. If only she was a listener with a keen sensitivity to his pain, he’d explain what bad timing her call had been just as he left the Longe’s and what terrible frame he’d been he could barely talk to anyone, thus the dead mobile. He’d intended to call her once he was settled, but he’d only just got home himself.

At this juncture, Dimeji was so pissed he barely cared for her thoughts. If she believed he was hoarding some secret girl, fine!

“You think this is a joke ehn? You think I’m playing?” She recovered flushed, frowning at Dimeji with arms akimbo and legs apart and in a keen bid to draw his attention, groped for the bottle same time as him, grabbing it just in time as it slipped off her grip and crashed in shards on the linoleum, its content spilling a mess on the formerly dirtless floors. She gulped a scream, her gaze squared on the mess while she dreaded the man before her. Finally, she summoned up a look at him, and as expected, his eyes were dark, spewing such tension that she instinctively backed. Dimeji had never been any more raged.

He was gone, far pushed beyond the edge. But slowly under intense control, he kept it together, clenching his fist to overcome the urge to lunge at her. Dimeji had never hit a woman, but just this once he’d been close, and he was ashamed of it. His eyes scalded with tears as he blindly grabbed the keys from the counter and carefully maneuvered past the shards of glass and started out, ignoring the pleading woman on his heels, and then muttering a quiet reprimand for her to clean it up.

Guilt shot through him. Now he was least concerned about the Longe’s but what could have occurred only moments back. If only Tokunbo knew or had even the slightest inkling to how close he’d been to hitting her, maybe she wouldn’t be pleading.

Clearly, his temper issues still needed a lot of work, but with her at the moment, he couldn’t do that. In fact, as it was, their relationship was draining. Things were far changed. He was fighting his monsters while she in the span of five years had turned a stranger, her incessant nags now turning tiring. His whoring ways didn’t exactly help and he admits had further fueled her insecurities. Perhaps he was more ‘bad’ for her than ‘good’, he resolved. Maybe it was high time he let her go.

In his head, he could already see her split hairs and rage about how he’d wasted five years of her life.

Dimeji stepped out into the scorching sun, ignoring Tomiwa who just descended the stairs from the commotion. Tokunbo should have done first what she was now doing. She should have inquired his hurt first before falsely charging him.

With no defined destination at heart, except an acute need for solitude and quiet both of which were unattainable in his home, he slid behind the wheel of his brand new Mercedes, kicked start the ignition and felt the engine roar to life. He punched at the CD player, resuming the track from the last played and raising its volume, muting Tokunbo’s pleas, who soon thumped vengeful wrath on his window with a few of her words flitting through.

“I hate you Dimeji. I hate you!” she cursed.“You’ll regret this; I’ll make sure you do. I promise!” She screamed at the top of her lungs, beside a concerned Tomiwa desperately trying to keep her settled.

With a last glimpse of the crazed woman through the rearview, Dimeji pulled out of the house, his lips spread thin in amusement at her now-familiar vain threats.

Shadows At The Crack Of Dawn-Episode 79

Shadows At The Crack Of Dawn-Episode 17