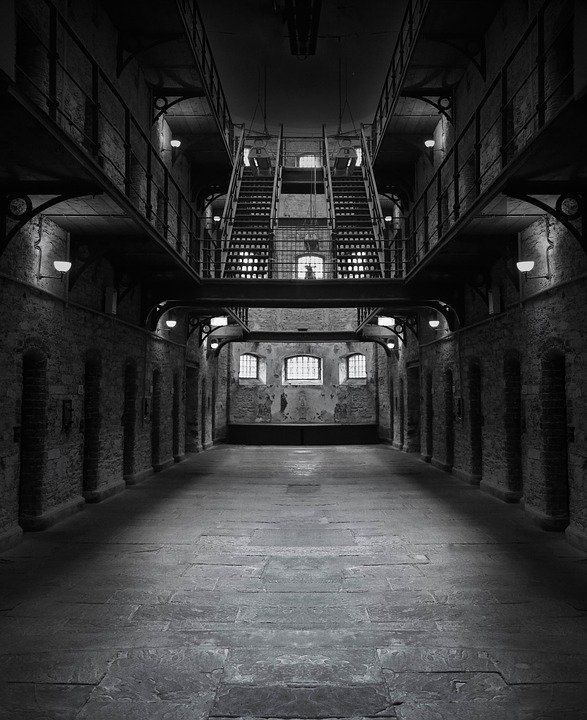 Pelumi’s blatant rejection had deeply hurt into Femi’s soul, it left a festering wound in his heart that peeled open just at the slightest reference. Femi recalled too well the hatred in her eyes; it haunted his nights. There’d been no forgiveness in them or any hope of it ever.

But she couldn’t be blamed, Femi reasoned especially as he stared in the face of her violation, the eventful trigger of her now darkened soul. Helplessly, tears streamed down Femi’s cheeks, unabashed to shedding some before Tobi. Now he understood Pelumi’s mental relapse, he thought it justified. Frankly, in all her twenty-eight years she’d experienced much for a lifetime.

“I hope he rots in hell!” Femi growled in anguish, visibly raging, charged like some molten magma threatening eruption. He’d give anything for a moment in hell for a pound of Fidelis’ flesh. Worse, it burnt deep not being able to avenge his child. Anger and pain resonated deep in Femi than Tobi had ever seen. If he’d ever doubted his father’s love, he could never after now. And for that, Tobi felt guilt. He was warring inside, as two sides of him raged for justification. One that wished he’d never told Femi about Pelumi’s experience at their aunt’s, the other, the fiercest of the pair that flicked a wicked flame and wanted Femi to feel every pain and guilt. That side he’d allowed victory when he’d stepped into the prison walls for a ‘visit’ and now felt awry about.

“It is my fault” Femi declared trance-like, his gaze fixated at a point behind Tobi. “If only I hadn’t killed your mum. If only…”His voice trailed, choked with regret.

Was that not your intent, the voice snickered at Tobi resulting in a mental berate. And in an act of penance, he reached for Femi across the table. “I’m sorry father.” But froze at the wracking shudders reverberating through the older man, exposing vulnerability and frailty well over his age. He panicked. If anything happened to Femi, he wouldn’t forgive himself. “Father are you okay?’

“How can I be with such news?” he responded, sorrow flashing through deeply prominent aged lined face.

“No father, I meant health-wise?”

“Yes I am.” Femi blinked rapidly, further evading eye contact as he gathered himself from tears, brushing his lids with the back of his hands, leaving Tobi indecisive. However, whatever had stirred some doubts was soon lost in the moment.

“So how is your sister now?” Femi sniffed, now over himself.

“She is fine. She seemed a lot better after the psychologist’s session today. But obviously, she still has some healing to do, mostly emotional. She seems physically fit enough for me, her most recent scan shows some improvement on her arm. But the doctor still insists she stays for close monitoring.”

“Does she ever talk about me?” He resumed, both eyes flashing curiosity.

“Do you think she’ll ever forgive me like you?”
Tobi inhaled deeply, recalling the tough years and difficulty in forgiving the man. But with Kamiye’s aid, he’d eventually gotten past it. Pelumi, however, was a touchy one. She’d been through triple what anyone of them had. She’d passed through fire marred with invincible scars neither knew its degree. And now that each memory returned in varied successions a blast from the past, it would take Pelumi a while to heal. In fact, if she ever healed, Tobi doubted its absoluteness.

“I don’t know.” Tobi finally breathed, all too aware of the hope in Femi’s eyes and careful in his next choice of words. “I think she needs time.”

Femi’s nod was imperceptible and he swallowed a drag of air as Tobi peeped at his watch. He’d read beyond Tobi’s winced words.

“Father I need to return to work.” Tobi announced feeling his heart constrict from Femi’s sad forlorn look. Maybe he should stay longer, he thought. But a glance at the warder told what little time they had left. The warder at that moment began towards them. ”I’ll visit soon father, I promise” Tobi professed as he rose, quick enough to save Femi swaying from buckled knees.

“Father are you okay?” Tobi prodded, gritting against the pain in his leg as he steadied Femi in strong arms struggling against him in a momentary wave of dizziness until at last Femi righted and Tobi freed him.

“I’m fine. I’m fine.” Femi signaled to dismiss the warder also quick to his aid. “I’m okay, it’s nothing. I just haven’t eaten much today.” He forced a smile, and when asked why he’d skipped both breakfast and lunch, “I’m fasting.” He lied acquiring a glow capable of erasing any doubts as before.

“Please eat father and take care of yourself. Stop worrying about Pelumi. Everything will be fine.”

“I worry about you too.”

“Please don’t! We’ll all be fine, I promise.”
Overwhelmed with sudden emotion, Femi lunged for his son. Tobi soon sprang out of his surprise to reciprocate the warm embrace however awed by the sudden display of affection from a man he’d always thought brick-walled.

Both men when finally parted were smiling.

However, Tobi was no fool, he was not utterly oblivious to Femi’s sufferings as he made to be. For beneath Femi’s cool façade, he sensed some pain.

“Please take care of yourself father. Please promise me you will.”

Tobi’s eyes were searching, trying to figure the inconceivable shadows in its depth.

“I will.” Femi promised as he departed under Tobi’s watchful stare. And as Tobi started on his way, he wouldn’t stop thinking about Femi.

Shadows At The Crack Of Dawn-Episode 93

Shadows At The Crack Of Dawn-Episode 28