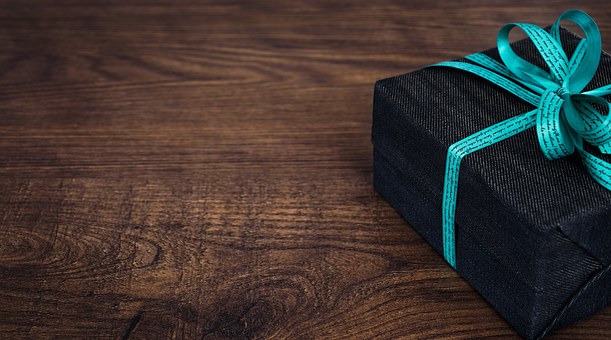 P.S; Hello loves, I’m sorry I haven’t posted in about a week. I was indisposed. But I promise there won’t be such breaks again. Thank you all for sticking with me through these months. Do you like the story so far? I will love to interact and communicate with you. Please drop your thoughts and comments in the comment box below. Love always. xoxoxo.

Finally, the flame bowed to the gush of wind, throwing the room in utter darkness. Soon the whiff of candle smoke was lost in the smell of rain. A light flicked into the room, succeeded by an ear cracking thunder, further augmenting the already eerie feel of the night.

I stayed rooted, paralyzed in the sheets and tightly balled into a fetal position, funking a trip to the window. I dared only a peep but shut at it almost as instantly. The room had gained life and some shadow from nowhere seemed wanting to claw at me. ‘It is unreal, all unreal.’ I chanted to myself. But yet, my throat bulged with a pent up scream that begged for release as my teeth began a loud clatter. I felt my skin contract from cold, and something else, fear.

With mustered audacity, I bolted and dashed across for the window, shutting it with more superhuman strength than necessary.  The room fell silent.

Slowly, I returned to bed and watched time pass in quiescence, as the only sound filling my ears was the thumping of my heart, reminding me with each thump, that I wasn’t dead yet.

My throat clogged with panic as I feel him coming for me. I break into a terrified whimper, looking through the darkness, and unblinking at the door as I awaited impending doom.

Finally figuring the door wasn’t coming ajar because it was securely locked, I let out a deep breath; feeling a wash of relief for the first time tonight.

I settle into bed ready to have a peaceful night, then came the loud jarring bangs followed closely by a seismic hit that sent the door flying off its hinges. I choked on my own screams as I numbly watched him emerge from the darkness with red blazoned eyes that simply spelled my doom.

“It’s the third time I’ve had that dream, it couldn’t be mere coincidence.”

“No, it’s not.” Dr. Halima shifted interestedly in her seat.  “It is perhaps lost memories replaying in your subconscious.”

Her affirmation resulted in a tight constrict in my heart. “I need to see what happened, I have to end that dream!” I whispered.

Halima smiled piteously with eyes set sympathetically on me. “It doesn’t work that way Pelumi. Mere ‘will’ cannot take you there. You need to give it some time, and trust it would play when you are ready.”

“No, you are not.” She stated with a wan smile, and then with fierce certainty included. “You think you are, but you aren’t. Though you are close, pretty close.”

“When and how will I know I’m ready?”

She smiled wittingly. “When you are rid of fear.”

My inquiry was interrupted as we turned in sync as the door opened, showing the gorgeous lady standing outside. She looked just like a page ripped out of a magazine cover. Eniola was such a sight to behold in long voluminous waves, turquoise silk top, beige skirt, and brown strapped killer stilettos paired with a brown bag and a huge paper bag in the other hand. Her face broke in a merry smile as she sashayed in.

“Happy birthday!” She exclaimed, then wrapped me up in hug followed by smothering kisses all over my cheeks.

After nearly smothering me to death, Eniola sat, exchanging brief pleasantries with Dr. Halima who could not seem to peel her eyes off studying the younger woman as she rapped on about her grueling traffic experience with long red manicured fingers waving in the air.

From my bed, I glimpsed a purple wrapped item peeking from the bag a distance way, my lips formed an instantaneous grin at what it was. I do love surprises, and all morning I have been ecstatic, starting with the very first package delivered to my doorsteps from Tobi and Pelumi, and then loads of lots more from unrecognized colleagues at the times. Each came with little notes that told of their relation to me, a sublime but very needed gestures given my amnesia.

I am touched by every gesture. However, the one that moved me to tears was a  handmade card from the twins. The note on it expressed the importance and beauty of living, their love for me and their joy at having me alive and hale. Overwhelmed by its beauty,  I put it on my bed stand for the world to see.

Eniola whistled surprised at the pile of gifts, her eyes shone with interest akin to mine. I am as amused as she is. Who would have thought I had many friends and admirers.

Until Halima’s visit, I’d only opened the first parcel that arrived. I was shellshocked when I’d found seated in the little box a beautiful gold necklace with a little note from Tomiwa, simply reading. “I think of you always.’ Sadly, I can’t say the same.

Tijani surfaced, looking to both Eniola and myself as he relayed the presence of one Alhaji Ahmed. Eniola’s face gave away a blend of confusion and recognition, and she leapt to her feet after Tijani. Midway to the door, she stopped, when a tall, robust mid-aged man came through. I assume he is Alhaji, and cannot help a close study at the distinguished man in well-tailored Senegalese whose presence seemed to have caught Eniola off guard.

A look passed between both persons, and then his face flushed an unremorseful grin as he made his way domineeringly towards her. Reaching her, he lifted her chin and brushed a chaste kiss on it. Eniola stood unresponsive even as he stepped back, seeming riled by his presence.

Though the man’s eyes danced with amusement, his lips posed a contrasting stern as he turned to me with a keen look.

“So she really doesn’t remember anything.”  His voice boomed into the silence.

For no known reason, I am irked by his words however calmly spoken.

He mutters some words to Eniola, and she instantly followed him out. Though Eniola’s demeanor showed some mild irritation, it was pretty clear she is comfortable with the man, so I cannot intervene.

“Get well soon,” Alhaji said with a petty glance my way as he left.

As they exited, I cannot help but notice some peculiar absurdity amongst the pair. Though it is vague, yet it seemed to hover conspicuously around them. I turned to the TV musing over it, more concerned with deciphering whatever it was than at the strange faces flickering across the screen.

There was some slight hesitation as she settled into the couch beside me with a small frown flashing across her face. “My friend Alhaji.” She said discreetly, and then moments afterward. “You still don’t like him.”

“Well, I am indifferent about him.” I shrugged noncommittally, shy of the truth. “Is there a reason why I should dislike him?”

She shot a bland stare.“I am seeing him.”

Of course, she is. The kiss was more than enough proof. “Okay? But why then would I dislike him?” Except of course if he’d hurt me, or worse…“Please don’t tell me we like the same man.”I blurted, shivering at the thought of it.

“No. But because he is old enough to be my father and…he is married.” She said again in a tone devoid of criticism.

I am unruffled by her revelation and as I look at her, I somehow know this is not the first of such discussion. But what leaves me curious is her motive. Even more, that determined look that showed how aware of her actions and consequences she was. I have always regarded Eniola as smart, ambitious, independent and with a good head on her shoulder, and that has not changed. Yes, she doesn’t seem the sort for such, which is why my thoughts couldn’t help but wonder why?

For now, I would let it pass, until a good time of course. And now more than ever, I am more interested to know more about this lady. I need to understand her mind and reasoning. But till then, I can only hope one thing; that she is not as messed up as me.

Shadows At The Crack Of Dawn-Episode 18

Shadows At The Crack Of Dawn-Episode 75

Shadows At The Crack Of Dawn-Episode 69