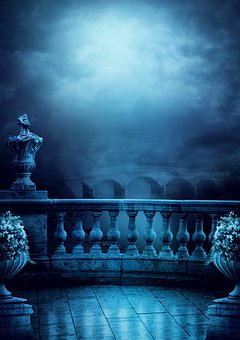 “Come in,” Dominic called momentarily withdrawing from the phone and motioned an index finger to Eucheria as she peeped through the door. Her smile was both of patience and urgency as she let him round the call with his mother. Dominic for the umpteenth time assured Catherine of Kamsi’s well being. If she hadn’t missed his calls earlier, she would not have missed speaking to her grandchild who had just gone for lunch with the nurse.  Catherine tended to forget what she possessed was a ‘mobile’ phone, a point Dominic usually stressed whenever they spoke.

His last few words to her were the usual, asking her not to overwork herself. That didn’t imply she’d stay sedentary, but he’d love if she let the maid do her paid chores.

Dominic flashed Eucheria an apologetic look as he put the phone away. She’d taken a spot beside the door, quietly observing with her back against the wall, and peeling herself off of it ready to leave almost immediately. “Patient in private ward B will like to see you.” There was an unmistakable glint in her eyes.

She nodded to the visibly stunned man and sneaked out, evading further questioning…

Dominic rose shocked, wiping clammy palms on his jeans while he pondered Pelumi’s summon. She’d never sent directly for him.  His heart picked a strange rhythm, the very same bothering one that had him avoid her for three days.

Dominic stopped then, realizing he’d been counting, and hating whatever about the brown-eyed woman that seemed to draw his attention. Throwing on his coat, he dashed out the room with questions ladened heart. His feelings for her should have been long resolved, he mentally charged. As he advanced the stairs to her room, he intentionally slowed his pace, fighting anxiety. Only a while back, he’d seen her with Kamsi, and had felt the need to interrupt them.  Even from afar, both females looked deeply engrossed in whatever discussion they were having, and he concluded he didn’t want a repeat of things as it had been with Sarah whom they’d lost almost two months ago. Even scarier was the fact that Kamsi seemed to open up easily to Pelumi, a feat Linda hadn’t been able to achieve in two years. Not to mention his inexplicable throb for the woman or Kamsi’s obvious awe and fascination of her as she’d once confessed.

Dominic nodded in like manner to the stationary guard as he let him through. Somehow he felt a load of relief at the man’s presence. This wasn’t implying the hospital unsafe, but after the driver’s death, he just loved the extra protection for the woman.  It was as much for the hospital’s reputation and the patient’s safety, he assured himself.

As Dominic turned the knob, he was seized by a weirdly familiar feeling.

She was alone and transfixed to the TV. Her face filled with such gentleness as she saw him, Dominic’s heart lurched in response, and he immediately put a strain on it and stopped from reading much into her action. “Good afternoon Miss Longe. How are you today?” he provided with a gentle smile.

He stopped by the bed, now having his composure in proper check, and guarded against those huge intent eyes that could easily be his undoing. He thought he saw a little smile on her lips, but it was gone “Dr. Ajayi says you still didn’t let him run his tests.” He said about the neurologist, though already knowing her answer.

“I just prefer Dr. Dupe.” She frowned. “I still get a little paranoid sometimes.” She revealed, seeing no need for pretence.

Dominic nodded in understanding, as she suddenly looked innocent and young altogether. His heart constricted. He swallowed at the sudden lump in his throat. “Are you scared of me?” He blurted.

Her look then was deliberative as she studied him, he regretted asking. “I don’t know.” She answered in a low earnest whisper as something lurked behind those eyes. Present but heavily hooded, he could feel its strong abiding presence.

She looked away, momentarily releasing him for the high charged tension.

“So you wanted to see me?” he questioned seriously.

She nodded. “I was with Kamsi earlier.”

He listened with rapt attention; something about her demeanour showed seriousness.

“She is a bright kid.” She offered trance-like.  “She is very spectacular for an eight-year-old, and she obviously has good parenting.” Her eyes met his again.

Dominic chose not to revel in her compliment, unsure if it was one.

“And I’m sorry about your wife.” Pelumi offered sympathetically.

Dominic was stunned, momentarily taken aback by her words and what Kamsi had divulged. He could only wonder how much of them the woman now knew.

“Don’t worry about it, we are fine. It was a long time ago.” he dismissed, really appearing unfazed, while Pelumi glared somewhat disbelievingly.

“But Kamsi hasn’t.” she simply said.

“I think she feels some guilt about her mother’s death.”

Dominic watched the woman in profound confusion. It was impossible and unbelievable. He’d lived eight years with his baby. Surely, he would have sensed any guilt if there was such.

Pelumi’s smile was knowing. “I might be an amnesiac doctor, but I’m not stupid. I recognize guilt when I see it.” and then she rushed on explaining how she knew she was overstepping bounds with such claims, it was his family and not hers.

“Thank you.” Dominic interrupted her with an amused smile. “I will look into it,” he promised, and he meant it. In spite of unbelief, it wouldn’t hurt to check, he’d decided.

Silence again lapped, in a seemingly dense air as both stared ponderously at each other. The tension in the room more palpable with the growing second, yet far beyond either’s reach. Dominic glimpsed a light in those hooded eyes and groped for it, he was close he knew, when the door came open on a sudden knock, and the room soon poured with her family. When he returned to look into her eyes, whatever he’d seen or thought to have, was gone and replaced with a bright smile for her family. He suddenly found himself jealous.

All of the crew but Tomiwa regarded Dominic politely as he crossed and claimed a spot beside Kamsi, muttering some words to her yet with a cautionary side stare to Dominic as though claiming her his territory. Dominic didn’t miss it but gave an amused mental snort. He’d started to depart when out of the blue, Pelumi asked if he would be back to check her. The look in her eyes melted every reasoning and soon Dominic found himself nodding to her as the whole room silenced, watching them.

Just then, Tomiwa calculatingly draped a possessive arm behind the bedrest. Dominic ignored it, irked by the challenge in the man’s eyes. He hated the man’s look and even sent him a smile to point the man to his wrongly placed challenge. He had no care in the world for Pelumi except her being his patient, Dominic thought, or did he, he wondered as he felt a negating twinge of jealousy on his departure.

Shadows At The Crack Of Dawn-Episode 27