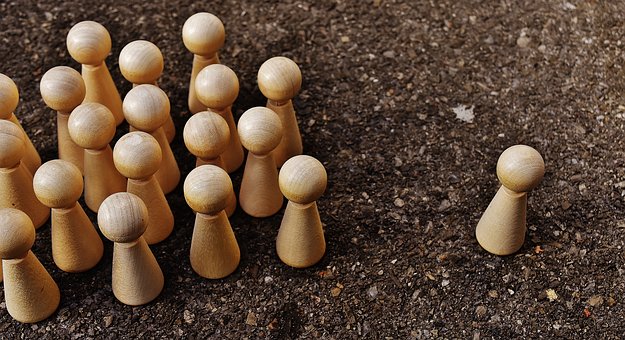 I heard the murmur and slowly awakened to it. Pain sprang on my arm, a reminder of my fall the previous night. Back then, It didn’t hurt this much. I cursed irritated both at it and my drowsiness. I remember taking sleeping pills last night when sleep refused to come. Now, Kazeem’s traumatic death had somehow incorporated its way into my dreams.

“Maami, This is outrageous. I’m not sure she even wants to do this.”

I blinked at the blurred vision of Kamiye and the queen.

“Why won’t she?” The Queen turned as if being insulted. “This is for her good as much as the family”

Kamiye sighed dejectedly. “Maami, not everyone is comfortable with these things.”

“By everyone, you mean you?” The queen challenged rhetorically. “Well, my dear I am tired of coming to terms with your fallacy. Whatever decision you have made is yours. But I will not have you poisoning my daughter’s mind against family practices. Ifa, the god of our ancestors was here way before you were born, it had preserved the people of old, now us and it would generations to come. So keep whatever reservations to yourself. Tade must not be influenced by you!” her voice held an unmistakable edge then. “It’s bad enough that you’ve severed ties with your deity and your father. I do not want the same for Tade.”

“Maami, that’s not it.” Kamiye protested. “That worship is just not for me.”

“But the white man’s god is?” The queen said with sheer disdain.

“Mum, it is Christianity, and not the white man’s god.”

“What does it matter?” The queen snorted and strutted off with Kamiye striving to keep up with her. “Like colonization, it was brought into our shores. No one ever said it was bad to adopt new practices, but you should know where and when to cut the excesses. But in your case, the reverse it is. You replace your ingenuity for another’s, for decadence. I fear for the coming generation. Culture would long be extinct by then, and identity lost.”

“No Maami, civilization and tradition are different sides of a coin. You know better than anyone how very much pan-African and pro culture I am. But maami you forget there are rights and freedom to whatever pleases you.”

The queen spun this time. “Yes, there are, but for our family, there is no such choice. You and your siblings are royalty. It is your responsibility to keep the family rites going no matter what other religion you might adopt.”

“You have your son, the future king.”

“And he would also perform the yearly princes’ rites?”

“So you would have Tade do it against her wishes?” Kamiye’s face wore glum. “Maami, she is not comfortable with it. She doesn’t want to perform the ritual this year and that decision was not spurred by me.”

“And if she doesn’t perform, who would, you?”

“Just what I thought. You left your duty for another. Someone has to keep it going. Thank the gods I have more than one daughter.” She said almost spitefully.

“Maami, you really have to understand.”

“What is there to understand? All I ask is for you to keep up the family practice, perform your royal duties to your town.”

“Well I’m not royal anymore, father hates me, he very likely has disowned me, and I’m now a hundred percent Tobi’s- everything I am now is a reflection of him, his practice, his religion, his people-“

“He has no one!” the queen screamed back, caught herself, and lowered her voice. “He is kindred-less.”

“He has a sister and a father.”

‘A father in prison?’ The queen wanted to say but rather she said. “Do whatever it is that pleases you. But if you want to earn back your father’s love, the least you could do is attend some family traditions.”

A silent look passed between them. The queen started to leave but stopped like in afterthought. “By the way I’m not mad at civilization. I’m just not in support of throwing away culture and tradition for another man’s or for decadence. I just want morals kept; traditions and practices preserved.”

“And you do not care about your daughter’s opinions on these practices?”

“No, I don’t. I might have lost rights to you, but I still own Tade, and she would do as much as Oba and I want her to. She is leaving with me.”

With those last words, the queen stormed out, leaving Kamiye glaring at her retreating form.

My arms ached like fire. I must have moaned aloud my discomfort because Kamiye immediately fled to my side. “Are you okay?” she whispered.

I nodded drowsily and felt myself drift again as she ran a soothing palm over my temple. And as I sank into the world of nothing, I  tried to make sense of Kamiye’s dispute with the queen. It seems every family has its share of it, but if I were her I would do anything to avoid one with my mother.

Shadows At The Crack Of Dawn-Episode 32