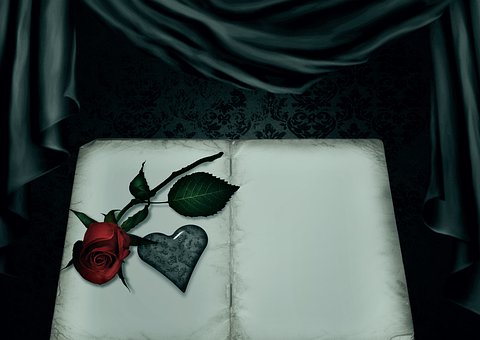 The Queen was everything I had imagined and more. The woman, her presence and personality commanded so much respect that unnerved the average person. Kazeem like all her subjects was also affected by it, as he readily jumped to her every bidding. I’d found his first entry into her presence amusing, as he had fallen flat on his face in full prostrate while she in return had patted his back with the fluffy white horse tail she wielded.  Kazeem obviously held his queen in high esteem.

It was the same with the family. Despite Kamiye and Tade’s ease with their mother, a thick layer of respect could be sensed. The same applies to the twins, who had only just warmed to their grandmother. Olori is not an ogre. She is just principled, and the longer she stayed, the more I glimpse her playful side. When next I need a good laugh, I do know whom to call.

For privacy, the queen had dismissed her maids and the stoically built bodyguard, each only returning when summoned.

With them, I feel loved. They could have been anywhere in the world, each doing his own, but rather had chosen to spend the Saturday with me. It does feel good.

The low clatter of Olori’s beads around her fleshy arms called my attention as it jiggled with her every movement. That and her ritual patting of the visitor’s back with her fluffy white horse tail drew my interest. In fact, the queen for the most part of her visit has been enigmatic and fascinating. She has a beautiful heart like Kamiye, and the longer she stayed, the more similarities I found in both women, except for a few differences like the queen’s spontaneity. The woman despite her prestige and power is utterly outrageous; she seems to have an amusing opinion about almost everything.

Firstly, the scantily dressed video vixens, whom she criticized as depicting western influence. A generation gone bad she said, and further explained that in her time, women would never wear such. They had prided decency above all.

Her next take was on extensions. The queen had gone berserk on learning from Tade that the flowing hair extensions on the vixens were real hairs grown from the human scalp. To save face, both Kamiye and Tade had been forced to deny their extension as synthetic. Never will the queen hear of her daughters wear another being’s hair and she supplied tons of reasons (mostly spiritual) as to why its wear was inappropriate. Personally, I see most of her reasons as exaggerated.

She went on, speaking of the human ‘head’ as a lone entity, and its significance in both realms. The queen I have noticed attaches too much essence to the other world. She believes everything linked with that other realm. I would never attest or negate it, but I think she dwells too much on it than reality.

Regardless of unshared beliefs, conversation wore smooth between Kamiye and her mother as both found common ground; Cultural preservation was key for both women, but unlike the queen, Kamiye’s beliefs are quite orthodox. I say that with no offence to the queen.

Nevertheless, the queen wove good tales of spirits and magic. Listening to her feels like stepping into another time-however unreal, though she vouches otherwise on a constant recital of the words. “There are things you just cannot  understand.”

She asked me to call her mother and nothing else. I obliged.

“Your mother is amazing,” I whispered to Kamiye as she cleared my just emptied plate. Her eyes shone with a merry twinkle, then succeeded by a benevolent look of resignation.

The queen’s eyes locked with mine in a somewhat knowing stare like she’d heard the pass between her child and me. With such strong conviction in spirits, who knew if she possessed any powers, and peradventure, mind reading was one. I snickered at my thought when she smiled and returned her attention to the twins and their conversation. Neither noticed their grandma’s ignorance of their discussion. Nevertheless, she listened without a slight show of disinterest.

Tade was serenely seated at the end of the room and intently glued to a show on the TV screen. In recent weeks, the popular soap seemed to have garnered a lot of attention, but not mine as I am no romantic. But then, what else would a woman Tade’s age love. I whispered as I tried to remember who I was at nineteen.

I have since taken a liking to Tade since she first came in. A part of me was probably searching myself in her and running my past through her. Tade, as I have resolved, is nothing like the brat I had thought her to be. The girl is sweet, meek and to her mother’s delight, an obvious joy. Not saying Kamiye is not, but I swear I can sense special attention for the younger princess.

Bored, I picked a historical novel from the lot Kamiye had provided. Only recently, I have developed a love for books (history in particular) and anything else pertaining to the past. My subconscious seemed on a mission to search my roots in almost every way possible. I am aware of what vast wealth of knowledge lay in books, and also its help in my vocabulary- for how else in the short span of time would I have learnt words like ‘maelstrom’ and many of such, or the numerous coups the country had undergone.

I finally arched for a break. It was evening already and the queen was still here. Concernedly, I asked when she will be leaving because her three-hour journey back home, seemed quite a stretch. I’m relieved to learn of her plans to spend the night at a hotel, not far away. She will be embarking on the long travel tomorrow, so tonight, there was no need for worries about her time here with the family, which by far beat having to stay in an empty room, however luxurious.

News rolled on the TV screen showing the inauguration of the recently elected president. The hailed hero was obviously loved by the country, and the individuals in the room posed a small fraction of it.  Kamiye and the queen voiced the general doubts of the people as to his winning. However, despite the throngs of rigging by the ruling opponent party, Gabaru had won. The news ended for another soap opera, and both women were yet conversing about Gabaru; his eligibility and achievement amongst many others were discussed.  I listened.  James on the other hand through a term as president had done nothing of real significance; Gabaru’s eight-year gubernatorial term, however, had yielded results for the city he’d led.

When Kazeem returned, the room had quieted again with every eye transfixed on the TV screen. He crossed to Kamiye unnoticed and passed some hushed information to the partially absent-minded woman whose only response was a few nods and some words barely even directed his way. Kazeem threw me a small smile on his way out. In the past days, I have noticed a lift in his spirit. Perhaps his girl had approved of him. I made a note of asking Kamiye sometime later. For only weeks back, he’d been downcast when his love interest had blatantly refused his proposal.

I joined in the group’s dissipation as a passion enthralled couple flashed on it. And as predicted, both closed in an intense kiss. Tade sighed; the soft sound drew attention to which she was oblivious to as she continued her dreamy stare at the screen. What an absolute romantic she was.

Suddenly, an alarming blast fired in the night throwing the room in momentary chaos. The queen in nanoseconds crashed to the ground with the boys and screamed the princess’ to do the same. Gunshots, my head registered, and instinctively, I ducked under covers. Almost as abruptly as it began, it stopped, leaving a horrendous silence in its wake, and then pandemonium broke.

Kamiye made to rise but lowered against her mother’s stern caution. The mother hen rose instead and cautiously crossed to the window. Kamiye followed almost immediately to peer into the dark with her and search for the cause of the upheaval.

Moments passed in heightened commotion, Tade anxiously crept over, whispering to the kids to stay down, which they did for a moment until later sneaking their way up to the group.

I also tumbled out of bed but landed on my injured arm, caught in the sheets. I rose, thankful for the cast’s protection, as I also pressed behind the inquisitive group.

A crowd had formed outside the hospital gate, swarming and obstructing the scene. A few nurses could be seen rushing over with a stretcher. Judging from their brisk pace, whatever it was, seemed really bad. It took quite an effort but the medical personnel’s were finally allowed through, and we better access to the scene whose object of interest happened to be a somewhat familiar black vehicle.

The room filled with chorused gasps.

“My car!” Kamiye screamed, as she like the rest of us, watched horror faced the unfolding scene.

As the driver’s door opened, the crowd withdrew with a loud noise, but started to close again, starting to interfere with the officer’s rescue mission but for the hospital security who somehow managed to keep the influx of crowd in check. They couldn’t hold for long.

We watched a limp form get transferred into a stretcher, and somehow, we knew who it was.

“Kazeem!” We screamed. Kamiye’s carried the loudest into the night as she fled into a blind run with Tade on her heels. These screams with that from the awed struck crowd below would surely haunt my dreams for a while.

The kids prepared to follow but were stopped just in time by the queen who pinned them both to her sides. From the top, we watched the stretcher roll in, and when Kamiye and Tade stopped from meeting them halfway, I knew it was bad, and even worse when both sisters sank to the ground and dissolved in each other’s arms in tears.

I could never be prepared for the gruesome scene as light passed on the bloodied face being led into the building, I shook. The queen backed reflexively and turned the kids with her, while I remained to watch the gory scene.

This time, the wailing kids wiggled out of their grandma’s embrace, and she let them, for she too was too stunned beyond actions, except move in the same direction as the kids.

Dazed, I pulled off the window sill, and followed zombie-like out the door, without thoughts to my destination except for the memory of the last minute.  It’s not real, I told myself for I could not begin to pitch Kazeem who had just left with the man with the bloodied face.

Regardless of this, as I pulled through the drug-infested hallway, deep in my heart I knew the reality of things and most importantly, I could tell Kazeem’s survival was in full doubt.

Shadows At The Crack Of Dawn-Episode 35