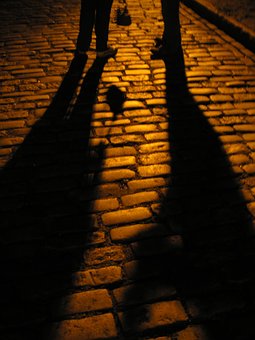 Jude stood quietly at the barred entrance, cloaked in darkness. The light flickered through the window in slits, allowing him a view of the crying man. He strained for sounds, desperately trying to make out words and hearing nothing but the quiet settling of a once torrential outburst. Still, he waited.

Something was wrong, that much Jude was sure. From his inkling about the assistant deputy controller to this scene, both were enough proof that he was on to something. And whatever it was, he swore he would uncover by keeping on both trails.

He watched the crying man go limp. Jude would give anything for even a moment’s psychic power to read through Kayode. Of all the prison officers, Jude was the least fooled by Kayode’s innocence play. Right from the very first health scare, Jude had noted him as pretentious, a thought further grounded when another health scare had reoccurred only days back, and as before Kayode had been left in the hospital unguarded, except on the controller’s watch. That had piqued Jude’s attention. Now, all he sourced rigorously for was the arrangement between both men, the controller’s role in all of it and most importantly, their motives.

Jude’s premonition had grown since Kayode’s return to prison. He thought Kayode’s weakness, and his pain feigned.  On some level, Jude agreed the man experienced pain, but he knew whatever it was beyond the physical as Kayode’s eyes were his constant give away. Despite the façade, the truth or threads of it didn’t elude Jude’s trained eyes.

Finally, Jude withdrew into the darkness, vowing to uncover whatever need be. For God, he hoped it was dirty; and he would do what he knew best; crush them before either had a clue of what had hit him. Like them, Jude was a man on a vendetta, and he wouldn’t stop until the end.

Shadows At The Crack Of Dawn-Episode 40