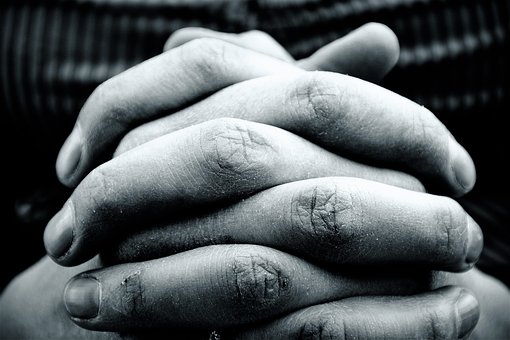 Darkness… silence, though almost inseparable kin, yet each capable of independent existence. Both were spine-tingling forces enough, but not ominous, compared to when coalesced as deemed by nature. Men had shuddered in its wake, both the mighty and weak. Femi of his own volition had turned victim and now, he only strived and begged for consciousness.

They were moving. The siren, the people, the occasional swerves and bumps was enough indication. But where to?

Femi tried to move. After a long frustrating moment of effortful concentration, he managed a gentle stir. It was a start, a good one considering his all-around numbness. Life jerked through his being, letting blood strum again through his sedative deadened system. Through jammed vocal cords, he vainly pushed for words. The word ‘help’ blared in his head for release.

Finally, persistence won and soon rewarded a low moan. If the strum of life through his veins, the twitch in his fingers, and the bud in his throat was anything to go by, he was close. Unexpectedly, his lids jutted alert as if from a bad dream but shot almost instantly against the sun rays and the uniformed men.

All at once, the pieces fitted-the previous night, the drug, its instant dizzying effect, all for another prison break. But this time, things were different…sort of out of place. They should long have been at the hospital, not at the back seat of the prison van. What if they had been discovered? he wondered as he curiously peeped open a lid which shut almost as soon as he caught a glimpse of Jude and his straight glare. For a moment, his heart stopped, and when it did restart, it was with a painful squeeze. Beads of sweat broke through his skin, more a result of anxiety than heat-though the van did feel hot. It took will and concentration to keep still and maintain regular breath.

He felt a hovering presence, the sort associated with the nearness of a bodily charge. He held his breath-It was Jude, his senses screamed. Femi felt himself shrink under the man’s intent stare. Suddenly, the prickle on his nape grew more insistent, same as the cramp in his stiff muscles. He overcame a defeated cry by focusing on the only prize instead, which was to see his daughter again. That plus thoughts of Hafeez’s effort and inputs helped keep him going.

When Jude finally left, Femi knew it- for frigidity had also taken leave. He caught himself from a re-sounding sigh and again an almost yelp when the van suddenly hit a pothole, sending pain ricocheting through Femi. He winced instead. Soon, he was smiling to himself, when he heard the medical officer state in passing their close arrival at the hospital.

He sucked in a quick breath and slowly released it under the officer’s competent check-up on him. As before, he endured the probing fingers with his mind stayed on Pelumi. It was his last visit to the hospital, he remembered in Hafeez’s words-he was far too gone in this, and he wouldn’t lose it for anything.

Thoughts of Pelumi worked wonders for him, comfort mostly. She was blank-though he knew not to revel in it, he couldn’t help a bit of joy. Amnesia alone was his access to her, he admitted. Without it, he sure would never get a foot close. Her disdain for him seventeen years, nine months and two days back had been definite.

He replayed in his head their first meeting and the very first thing he’d been swept by; her strong resemblance to Olaide. Every fear of recognition had paled insignificantly in the face of that. Strikingly, all of Pelumi’s features were that of the woman who bore her, except her nose which of course was inarguably his. A smile started to form on his lips but froze at the memory of where he was.

Femi was scared, so deeply into his bones and understandably so. Dr Femi had groomed his mind for the worst, but no preparation was strong enough to douse his fears. Like Femi had said the last time, he’d been lucky. It was true, he knew. What if this time he wasn’t? What if she-Pelumi conjured him the monster she’d always thought him to be? His age weakened heart surely would not survive another rejection. It would be a second blow.  But it was one he was willing to risk.

He’d recently come to terms with the possibility and the eventuality of her memory retrieval, which would definitely involve her mother’s death and its gory details. But the price of an ephemeral moment with her was worth more the risk. Besides, what were the odds that whatever luck had helped the last time, wouldn’t again.

That icy stare popped fresh in his head as it had eighteen years back and a chill ran down his length. He offered a silent prayer never to see them. He’d long reasoned the only way out of that was by forging a near-perfect relationship with Pelumi. Amnesia was not a bad deal if well played, which he intended. Forgiveness then would easily follow.

Abruptly, the van slowed to a stop, followed by the near noiseless squeak of the frequently oiled gate announcing their arrival at the hospital. Again Femi’s heart resumed its pound, except this time it was of fear of the unknown.

Shadows At The Crack Of Dawn-Episode 110