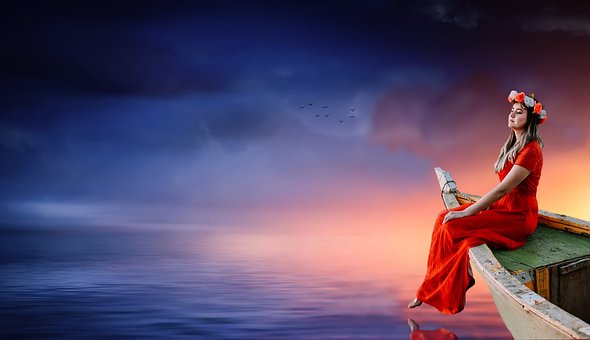 “Who?” Dominic quizzed unflinching from the medical gazette on his computer screen. He was so engrossed in the recent medical discovery, he barely even was aware of Kamsi’s inquietude. While surfing the net, he’d stumbled on a successful clinical trial. The trial had been a last resort for a cancer patient, and though its thin chances at success, it had turned out successful. The victim- a thirty-year-old man had miraculously survived it. It was believed by the physician that faith and the victim’s strong desire to live were the most salient factors responsible for the success. It further gave credence to the already established fact about the combination of both forces of faith and desire-the strongest drive ever known to man, and their astounding play in medicine as was in another area of life. If only such resolute was found in every patient.

As he read further into each word, each sentence, Dominic’s heart palpitated, stirred by adrenaline, his palms flamed with eagerness, so much so he could feel the thaw of blood through his veins.

“That lady?” Kamsi wandered from the window and flounced into a seat opposite him, waiting. His lack of interest irked her, but she knew not to disturb during such sessions. He had demanded for an hour, she’d kept her end of the bargain, had quietly engaged in other activities while time passed, and now she was bored to the bones.

“Dad?!”
Reluctantly, Dominic tore his gaze from the screen.

“I was asking about the lady. The one I was talking to at the garage.”

“A patient.” He supplied quizzically.

She let out an exaggerated sigh, her shoulder slumped with it. “I know dad.” A soft giggle, parodying a chuckle escaped her lip.

Dominic broke into a soft smile and returned to his work.

With an inward defeated sigh, he lowered his laptop screen and settled deeper into his seat. He could never do some light read with an overly bored Kamsi in the room. “Why did you say that?”

She shrugged. “There is just something off about her.”

Kamsi’s observatory eyes were one of great pride. At eight, she had amazingly sharp ones for detecting the almost undetectable. Just a few moments in Pelumi’s presence and she had literally seen through the woman. Kamsi continually proved a reminder of her mother, as the late Kamsi too had possessed radar-like senses to the invisible, it was almost impossible for anything to slip past her.

“Well, she had an accident, had a brain injury and now suffers a memory loss as a result.”

Kamsi’s eyes blazed with interest. “Is she the one from the accident on TV, the one you rescued?”

“So what about the man? Were they not two occupants? ”

Dominic gave a single nod. “He is the man we met at the entrance.”

“The man on cast and crutch sticks?”

Kamsi thoughtfully stared into space, replaying for the umpteenth time the exchange with the woman, except now, she wondered what losing one’s memory felt like. Surely, it was devastating.

Dominic resumed his read in the pass of silence, forcing his attention past Kamsi’s empathy and sudden interest in the amnesiac woman.

“Is it the cerebrum?”

Dominic shot her a proud beam and nodded in agreement. Once, the neurologist had lectured her about the brain. It was great to see how well it had stuck. She would make a good doctor, he thought to himself, but banished it on a vision of Kamsi, stomping her foot in adamant refusal.

“That’s so sad. What is it like?” her brows furrowed deeper in concentration.

He shrugged into the distance.“Unimaginable, frustrating and sad.” He explained in earnest.

She quieted and when she spoke, her voice was painfully low. “I can imagine.” Indeed, she did try.

A rap sounded at the door, instinctively, both turned to it. Dominic was grateful for Titi’s intrusion. For some inexplicable reason, discussing Pelumi with his baby didn’t particularly sit well with him, especially not with the deep empathy he’d begun to feel for the patient.
He took the brown patient file from Titi and ran through as she relayed her observation on the just awakened hypertensive patient. He’d asked to be notified of the man’s wake.

Dominic’s was far buried in the patient’s file he didn’t notice Kamsi’s suspecting pass at the nurse, or Titi’s momentary stutter when roused by the child’s cold glare when she only offered a smile. If the child was her’s, she would spank her till she learnt manners. Someday, she mentally noted. Someday…

“Has he had his afternoon dose of furosemide, captopril, and propranolol?”Dominic demanded barely looking up the file, unaware of the pass between both females.

He grabbed his pen and in swift strokes, penned a few more medications, before handing it back to her. He would be with her shortly, he promised. And with that, she left.

Dominic pushed back his seat. Only when he started to rise, did he catch Kamsi’s deeply set frown. “Are you okay baby?”

She left the question unanswered, “Dad, remember you promised not to get involved with nurse Titi?”

In turn, Dominic frowned as he wore his coat under her watchful eyes. “I don’t remember promising?” he teased as he grabbed his stethoscope.

In a moment, her eyes flashed both alarming and accusatorily, in the next, they glazed with tears. Dominic’s was stunned. Regrettably, he went to her and perched on the desk, weak. “I thought we already had a talk about this, that Titi and I are just fellow health workers.”

Those words obviously had no impact on Kamsi. If anything, she seemed more hurt and disbelieving as ever. It would take constant reassurance to lead her off such outré notion. He and Titi?, What a joke.

“I have told you repeatedly that I do not feel anything for the nurse. And I am certain it’s the same on her end.”

She sniffed and charged on her stubbornly jutted chin. “Then, why can’t she get her eyes off you?!”

Dominic’s suppressed an amusing smile. “Well, I haven’t noticed that.”

“And how do you know staring at someone meant they like you?” He probed with genuine interest.

Her indignation fell. “There was this boy in my class that stared at me almost every time. He finally wrote a letter that he likes me.” She shrugged blithely. “And that’s why he was always staring.”

Dominic stiffened, felt as though the air was knocked out of him. If it were some other kid, he might have joked or laughed it off. But not his kid, not his Kamsi.“Who is he, when did this happen?!” he growled with his protective feather on.

Kamsi swallowed. Her pupils dilated, wavering from his face to his tightened grip on the edge of the desk and back to his face. She sure had over spilt.

“His name is Teju Akinloye. It was-it was last session. He has left Butterfield.”

“Are you sure about that?”

“Well, he had better!” Dominic hoped she was telling the truth for he wouldn’t have any young man messing with his kid.

Sensing her fear and recoil, he reached for her. “Look I am sorry about my outburst, I am just protecting you. I don’t want you to worry about boys and such matters for now.”

She nodded mutely and accepted his hug. Moments after, he hooked a finger under her chin. “Also, I don’t know what it is you have against Titi, but I need you to stop making assumptions. Can you do that for daddy?” she nodded mutely.

“I promise you there is nothing between us, and there will never be.”

Her face livened at the mention of the magical word-promise. Most of her tension now was gone.

“I also need you to promise me something darling, that you will always tell me everything. Even if it includes receiving love letters from anyone.”

“Great. Now smile for daddy.” She did, and he kissed the top of her head.

Hand in hand, they headed out, him going over to the patient, Kamsi in the care of a nurse. At the end of his round with the patient and a couple of others more, he was still very much burdened with thoughts of the Teju boy. He would see Kamsi’s teacher first thing Monday morning, he vowed. He couldn’t take chances with little Teju.