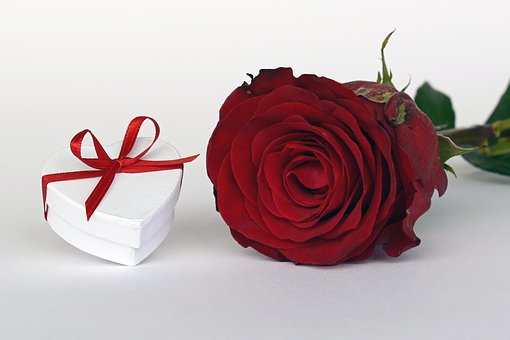 “Who?” both maternal voices asked in unison, springing familiarity and an unknown recognition.

“I…I don’t know. It had happened so fast, I didn’t see. I just saw someone fall off.”

Kamiye bowed her head with a quick flicker. Perhaps I shouldn’t read much to it, or expect much from it.

“Listen,” She raised her head with clarity. “No one is falling off the stairs and you are not falling down that stairs either.”

Despite the clarity in her words, for some reason, I didn’t believe her.  I wasn’t convinced, I knew what I saw or was it just my imagination…

“Look, there is nothing.” She calmly took my chin in her arm, her voice and eyes imploring and soothing.

A moment passed before I finally nodded against my haunch and gut feeling. A fleeting smile lit her shadowed face. “Hold on to me, let me guide you.” She linked her arm with mine.

“Let’s take her back, I don’t think she is ready, or maybe we can take the elevator.” The matron offered, her presence is almost forgotten. For a minute, Kamiye seemed to ponder about her suggestion, then shook her head.

“No, ma’am. I don’t want her living in fear or paranoia.” And then to me. “Please trust me?” Her eyes calling in an I-am-with-you-way.

I nodded to her promise, now confused as to what to even believe.

We slowly made way to the stairs, slowly. Me in near hysterics, Kamiye in her usually cool, comported self, and the matron in her comforting, and motherly tone working hard at easing my fears. Soon, all forty steps were covered, and I could finally breathe in relief.

“You see, that wasn’t so difficult was it?”

I managed a weak smile, for Kamiye would never truly understand how mentally draining the last minute’s ordeal had left me.

Now we started down an unfamiliar hallway, it’s fair to say I am finally getting acquainted with the pungent smell of drugs that seemed to permeate the whole building.

The next room was huge and bustled with so much energy. But the most catching of scenes was the wail and terrifying scream from a pregnant woman in obvious excruciating agony and pain. My heart drew to her in sympathy. She was clearly in labour, I could tell from the painful distortion in her face, and the nurses could do nothing except mumble soothing words of support as they led her down another hallway. The matron rushed to her side as a nurse hurriedly came and whispered into her ears, soon disappearing with the lot.

As the room quieted again, I ran a proper scan for the first time since entering, from the downcast faces of the occupants to the simple and plain white painted room, lined with burgundy leathered chairs, mostly occupied. A huge sandstone arched desk occupied a corner where a woman in white was seated, the only welcoming face in a room filled with ills and gloom. Though she smiled at me, I could not ignore the sad aura in the room. I fear if I stayed a moment longer it might infect me.

Thankfully, Kamiye soon led me out through the glass doors into the open. Pfew! Fresh air finally.

I paused in the light and lifted my head to the sky, my lids shut in reflex at the burning rays. It’s been too long, I realized since I had experienced the warm feel of the sun against my skin. Somehow, the gentle breeze seemed to hold magical healing, breathing life into me again. How long I remained like this, I don’t know but I knew Kamiye was watching. I could feel her presence, and her stare. I opened my eyes and looked her way, she smiled at me in understanding, and I was thankful I had trusted her and allowed her to bring me down here.

“Madam thank God you are better.” A strange man offered, beaming at me and Kamiye in clear recognition, one whom Kamiye soon introduced as Kazeem, their driver, before hastily departing with a silent murmur about retrieving her phone. My heart screamed a silent protest at being left with an unknown man, but pride kept me from voicing my thoughts, especially as he made to reach for me and guide to me to a seat. I recoiled instinctively, however momentarily touched by the hurt in his eyes.

“Madam, you don’t recognize me?”

“No.”  I shook my head with a tight-lipped smile, enough to ward off further queries. The last thing I needed was relaying my condition to a total stranger, not even if he was one with a completely harmless front or with a clear prior knowledge of me.

All thoughts about Kazeem was soon forgotten as I caught the grandest sight in the distance. There beside a fence laid a vibrant array of brightly coloured plants, basking in the mid-day sun. The dazzling array of colours seemed to call out to an innate part of me, trance-like I yielded to its summon and drew close, oblivious of Kazeem and his confused glare.

Finally, as I reach it, I gingerly reached for one, sweeping across the delicate lot, which ran from the deepest shade of pink to the fairest of white and brightest of yellow. I broke a stalk of pink rose and lifted it to my nose as I had recently seen in a movie before tucking it to my ear. Something about it felt familiar, and I was desperately in search of what it was when a small voice called from behind me.

“Here,” I turned to meet a little girl, with a white rose in her outstretched arm. “I think this will suit you better.” She offered gesturing to the plant on my left ear, and came closer with astounding courage uncommon to one her age, I bent over and allowed her to fix it behind my ears.

“Thank you.” I piped and smiled at her pretty face.

“You are welcome.” She smiled back. The child’s eyes were round and innocent with most striking features and a bulky mass of natural hair moulded into a bun. Her brows were thick and her lashes long, both an indication of a hairy bloodline.

“What happened to you?” She finally spoke, a frown forming on her face as her gaze flicked over me with concern, especially my cast.

“Oh sorry.” She offered with deep empathy displaying a glimpse of a missing tooth which didn’t make her any less pretty. If anything, more endearing. I started to rise again, firmly tucking the plant behind my ears as I arose.

“I love roses too. They are beautiful.”

“Rose.” she pointed at the plant tucked behind my ear, a genuine frown appearing on her beautiful face.

My heart lurched an instant double flip.  I knew that voice to well. As I turned, I was not mistaken.

“I’m coming, dad.” The child called back, and I watched her run off to her father in utter awe but not before casting me a final look. For some strange reason, my heart sunk. Why had I not see the resemblance before? I realized as her features now sparked clear recognition. I returned to the doctor, whose gaze met mine in an unreadable expression, before walking away with his daughter.

Just then Tobi hopped right out the same door, accompanied by Kamiye and Nurse Titi with something of a strange scowl.

Shadows At The Crack Of Dawn-Episode 9